TOUCHED BY LYME: California Lyme cases “don’t get no respect” 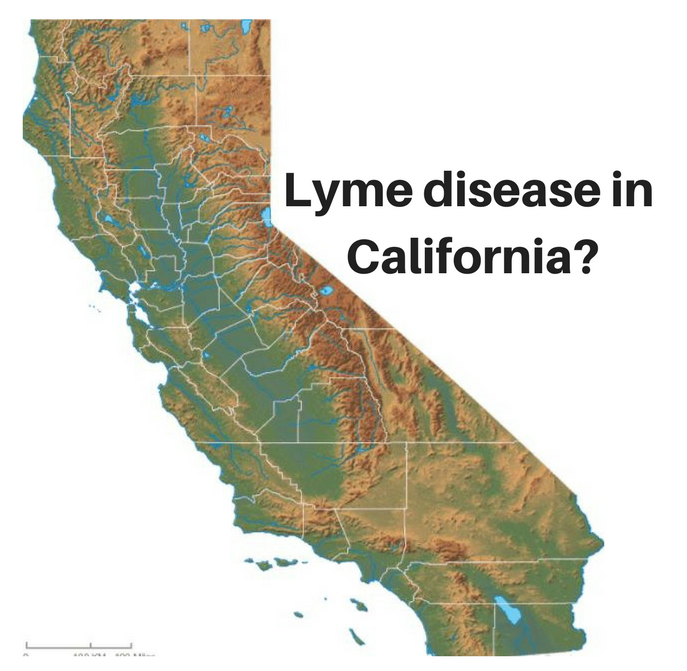 There’s a troubling statement about Lyme disease on the CDC website which is widely cited in the media: “This disease does not occur nationwide.”  (Editor’s note: Since this blog was published, the CDC has deleted this line from its website.)

What in the world does that sentence mean?

Even using the CDC’s own highly restrictive Lyme surveillance criteria, there are cases on the east coast, cases on the west coast, and cases in the middle. So, what about that scenario is NOT “nationwide”?

And the website strongly implies that if you haven’t spent time in one of those states, your chance of contracting Lyme is pretty much nil.

But as my colleague Lorraine Johnson recently pointed out in her blog the Lyme Policy Wonk, those numbers don’t jibe with data from other sources. (Why Doesn’t the CDC Count Lyme Disease Cases in the South and the West? Everybody Else Does.)

It is true that Lyme-infected people in the remaining 36 states often have a devil of a time getting properly diagnosed and treated for the illness—which can result in fewer cases being submitted to the CDC’s reporting system. But the problem is deeper than that.

A case in point—my home state of California. During my 12 years of Lyme advocacy, I’ve personally heard from hundreds if not thousands of Lyme-infected people who have been told by medical professionals, “You can’t have Lyme disease, because there’s no Lyme in California.”

A recent article from KQED public media in San Francisco spells out the conundrum of Lyme in this state. As one tick expert explains it:

“There are definitely patches in California where the risk is just as high as the East –it’s just not the same spatial extent.”

In other words, the risk isn’t spread out evenly. The article goes on to say:

Hikers can move from high-risk area to a low-risk area and never know it….One moment you’re strolling through redwood forests, the next through oak forests, and a couple of hours later you may come across scenic chaparral. While on this iconic hike, you probably don’t realize that you’ve moved through both high- and low-risk Lyme disease areas. The question is, do you know where you are most at risk? The answer is in the oak forest where layers of rich leaf litter are a kind of Club Med for ticks.

But you know what? While oak forest with layers of leaf litter may indeed be Club Med for ticks, plenty of ticks hang out in what might be considered the YMCA—ordinary spots like a backyard garden, a wooden picnic table , or an outcropping of rocks.

It all depends on where the garden, the picnic table, and the rocks are located! You do not have to be in an oak forest to get nailed by an infected tick in California.

The article goes on to say:

Part of what puts Californians at risk is a lack of awareness — among the public and even among doctors. Much of the research and public health information is based on East Coast ecology and may not apply to the West.

What KQED’s article fails to point out is that the words “100 reported cases” mean something very different to the CDC and state health officials than to the average person.

A more accurate way of putting it would be: Every year, about 100 cases make it through the meat-grinder that is the CDC’s labyrinthine Lyme disease reporting process. You start with thousands of people who go to their doctors with undiagnosed Lyme disease. Throw out all the ones who are misdiagnosed with something else. (“No Lyme in California,” remember, so the diagnosis isn’t even considered.)

Of the ones where Lyme is at least thought about, take all the positive lab tests that are reported (by law) to the state. Send those cases to the county health departments of the patients’ place of residence.

The county health department is now supposed to take those positive Lyme cases and investigate each one individually, to make sure it precisely fits the CDC’s rigorous surveillance criteria. This sometimes involves contacting the patient and/or the doctor (a time-consuming and resource-intensive undertaking).

And of course, most California counties, like their counterparts in other states, are under-funded and under-staffed. Is it any wonder that many Lyme cases just seem to fall off the end of the turnip truck, never to be heard from again? Only thoroughly vetted cases are sent on to state health officials, who double-check to make sure each one meets the CDC’s tough requirements in order to be counted, and then forward them on to the federal agency.

A few cases survive that winnowing process. Voilà: 100 reported cases of Lyme in California. The rest are left in the dust somewhere.