TOUCHED BY LYME: Hikers should think twice before sitting on rocks 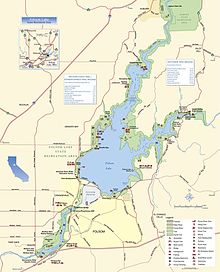 I heard a presentation last week by biologist Greg Hacker. He collects and tests ticks in the vicinity of Folsom Lake State Recreation Area, in the foothills of the Sierra Nevada.

California’s Department of Parks and Recreation manages the area, but it’s not in the boonies. It’s about 20 miles northeast of Sacramento, with a sizable population living nearby. It sees heavy use by the public.

There are actually two projects going on: one focusing on adult ticks, and the other on the immature nymphs. As it turns out, the study of nymphs really raised my eyebrows.

First, some background: For a variety of reasons, in California nymphal ticks tend to have a much higher Lyme-infection rate than adults. However, because of their size and questing behavior, adults are much easier to collect. So traditionally, most studies have been of adult ticks, not nymphs.

In their effort to understand more about where ticks are, how they behave, and how infected they might be, Hacker and others on the team paid close attention to what scientists refer to as “substrates” (the surface on which an organism lives, grows or feeds).

And where did they find the most nymphs? ROCKS! In fact, one researcher found 34 nymphs on one rock alone. The next substrate with the most ticks was downed wood, such as fallen logs, branches, and twigs.

The ticks were only tested for the pathogens associated with Lyme disease—Borrelia burgdorferi and Borrelia miyamotoi. (Who knows what nasty co-infections might be lurking in them as well?)

Specific data hasn’t been released yet, but one slide shown at the meeting indicated 22 different spots where infected nymphal ticks were found within a swath about 400 yards long. All within sight of a residential house and swimming pool.

The take-away message? Yes, there are Lyme-infected ticks in Sacramento County. (I can’t tell you how many people I’ve heard from who have been told otherwise by their doctors!) And yes, you should be mindful about where you sit when in the outdoors. (Other CDPH scientists found Lyme-infected ticks on the underside of wooden picnic tables.)

My personal advice is to wear permethrin-treated clothing when spending time in such a place. (At the very least, on the bottom half of your body: shoes, socks, and pants. But what the heck, how about a treated shirt and hat, too?) And wear repellent on exposed skin. And check yourself often for ticks, promptly removing any you find. (Click here for more prevention tips.)

I’ve been told there are some tick warning signs on some of the trails in Folsom State Recreation Area. My further advice: don’t depend on posted signs. Know how to protect yourself from ticks—and do it.