Welcome to LymeDisease.org’s Press Room. LymeDisease.org leaders are expert sources for commentary on Lyme and related tick-borne illnesses and are available to the media for interviews. Below find information you might find helpful from basics to previous videos interviews to recent news and press releases.

Founded in 1989, LymeDisease.org, the leading research advocacy organization for Lyme disease, advocates nationally for quality accessible healthcare for patients with Lyme and other tick-borne diseases. We are committed to shaping health policy through advocacy, legal and ethical analysis, education, physician training and medical research. learn more → 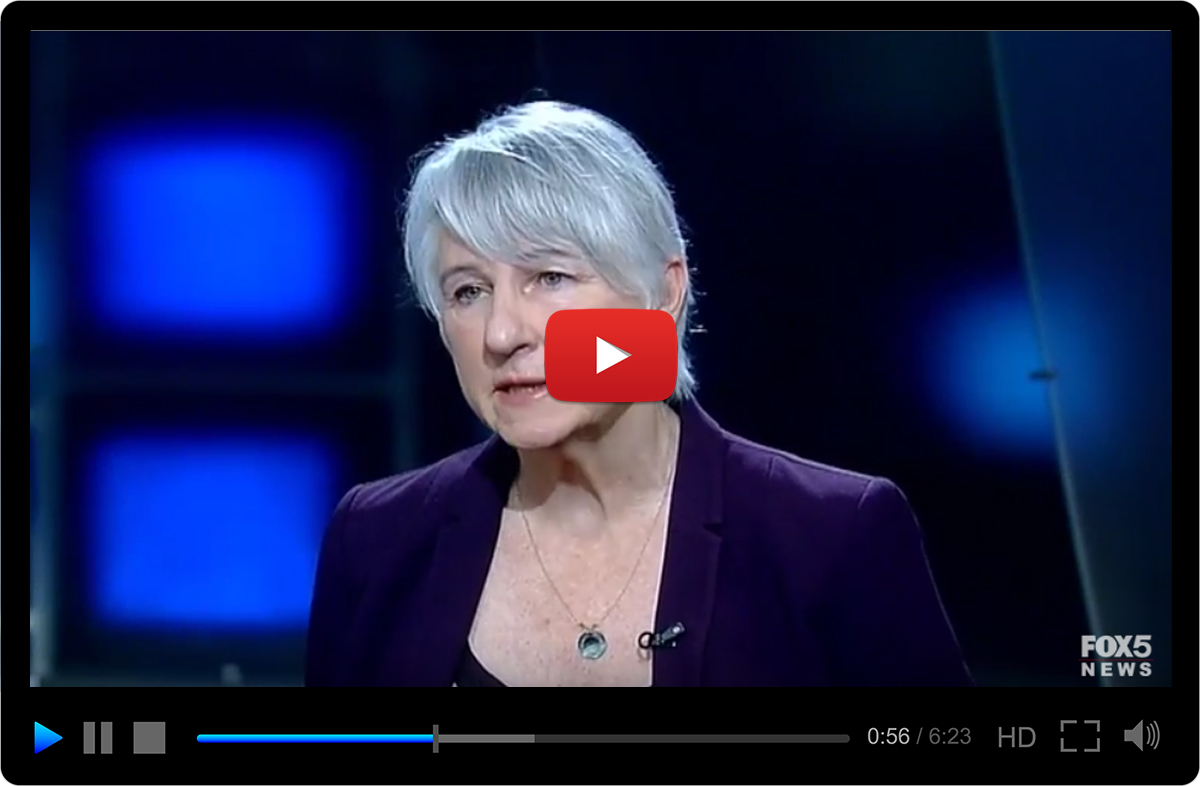 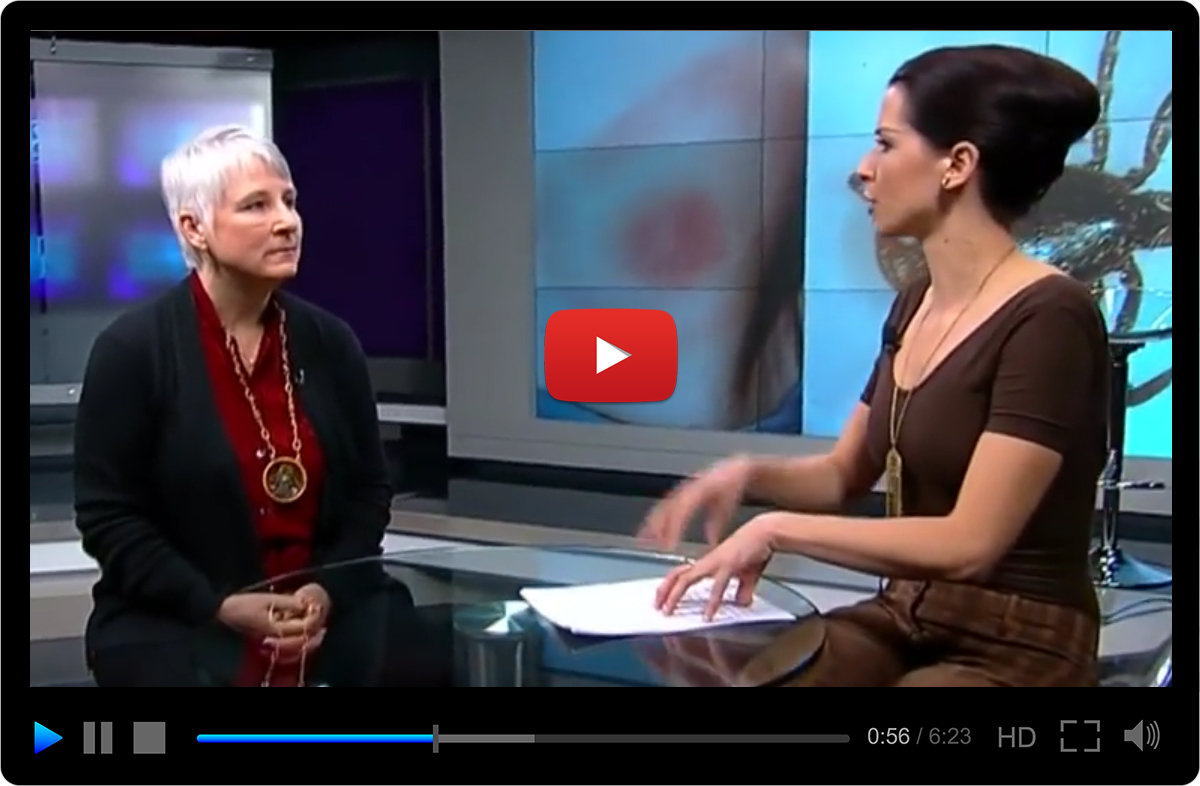 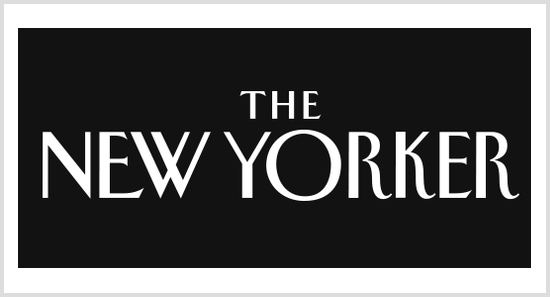 The New Yorker, considered by many to be the most influential magazine in the world, renowned for its in-depth reporting taps Lorraine Johnson, CEO of LymeDisease.org for her expertise and thoughts on Lyme disease vaccines.

A half-dozen class-action lawsuits against GlaxoSmithKline, later consolidated into a single suit, were filed on behalf of “vaccine victims,” who claimed that the company had withheld evidence of the Lyme vaccine’s dangers. It’s a position that Lorraine Johnson, the C.E.O. of LymeDisease.org, a patient-advocacy group, continues to hold. “I think the manufacturer was facing a class-action lawsuit, and so part of what they were doing was likely defensive, to protect their legal position,” she said. “And just shutting down the trial, before you disclose Phase IV data, would be a way of limiting the data that could be used against them.”

Johnson, the advocate, was cautiously optimistic about the new drugs. “The possibilities today in vaccines are not anything like they were back when the first vaccines were being developed for Lyme disease. So, I’d say right now, what we would really like is a vaccine that does not just cover Lyme but all tick-borne infections.” When I expressed surprise, given the group’s past objections, she replied, “I wouldn’t characterize the Lyme community as being, you know, anti-vax, or anything like that. We’ve got the full spectrum of people who embrace vaccines and people who don’t embrace vaccines. But what we want to make sure is that, when you’re doing these types of efforts, that you’re transparent about the number of people who are having problems.” Read More 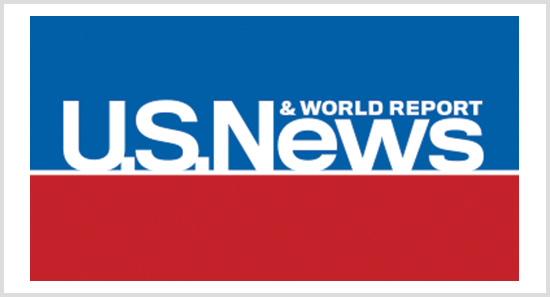 Lorraine Johnson, CEO of LymeDisease.org in an interview with US News & World Report, reaching more than 40 million people monthly.

Lorraine Johnson is CEO of LymeDisease.org. She said, “We know that there’s a psychiatric component to what is going on, but I think that what is really driving the increased suicide rates among patients with Lyme disease is that they are disbelieved, they are stigmatized, and they are gaslighted by physicians, by insurers, often by society and, sometimes, unfortunately, by their families.”

Many patients are not able to work and don’t have many treatment options, she explained.

“If they go to a health care provider and they’re gaslighted, and they’re not believed or told it’s all in their head, and then their family doesn’t strongly support them, then it’s really easy to become hopeless, to feel despair, and I think that is the sort of thing that increases the risk of suicide,” Johnson added. Read More 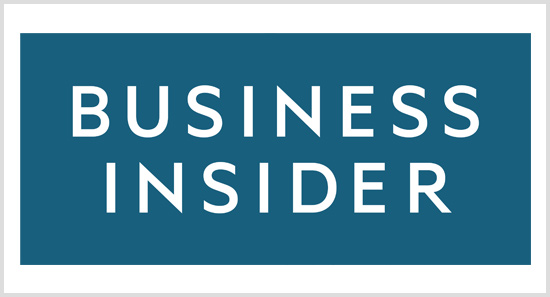 Business Insider, an online news publication with a worldwide readership reaches out to LymeDisease.org CEO Lorraine Johnson for input on Lyme disease treatment and insurance coverage.

It can be difficult to pin down what kind of treatment insurance companies will cover, because much depends on the state the patient lives in and how much work a doctor puts in to get insurance to approve a drug, Lorraine Johnson, the head of LymeDisease.org, a Lyme disease advocacy group, said. But because the best method for treating the disease’s long-term effects remains elusive, insurers should rely on clinical judgement of doctors rather than opting not to cover treatment at all, Johnson said.

“This has a profound effect on people’s lives and their families,” Johnson said. “A number don’t seek treatment because barriers to care are too difficult to navigate.” Read More 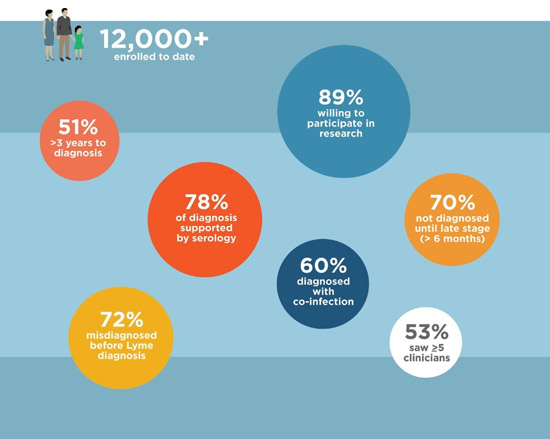 Failure to recognize and treat Lyme disease in its early, acute phase is one of the biggest factors leading to long-term persistent illness. That’s a principal conclusion of LymeDisease.org’s 2019 Highlights Report for the MyLymeData Patient Registry, released today.

Over 16,000 people who have been diagnosed with Lyme disease are enrolled in the registry. Most of these patients have the persistent or chronic form of the illness. Lyme disease, spread primarily through the bite of a tick, is most effectively treated in the first month, before the infection has spread. Read More 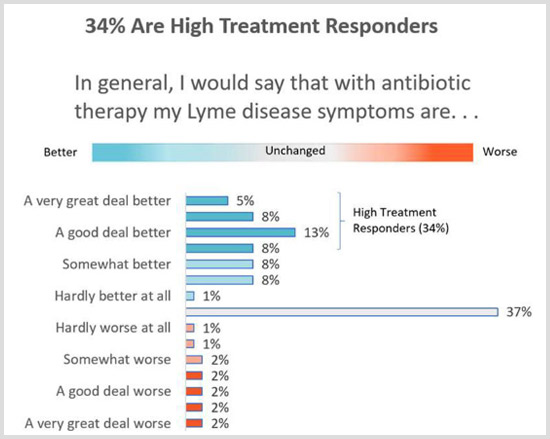 The medical community is at odds on how best to treat Lyme disease in patients who do not respond well to short-term antibiotics. Those patients may then try a variety of other treatments — which may work better for some people than others.

A recently published study shows the importance of identifying “super responders,” people who respond particularly well to treatment. Finding out who responds well to which treatment — and then learning more about those people — is an important step towards developing personalized medicine for Lyme disease. Read More 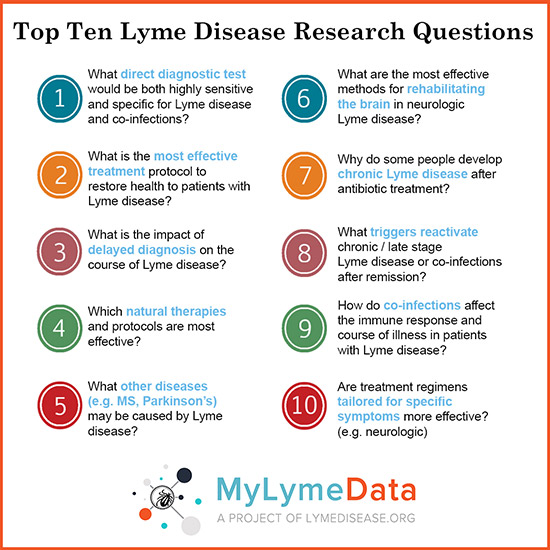 The nation’s top research priority for Lyme disease should be finding a more accurate and sensitive diagnostic test. That’s the conclusion of a broad-based collaboration of researchers, treating physicians, and Lyme disease patients in the United States, who took part in a comprehensive priority-setting process over the past two years.

Release of “The Top 10 Research Priorities” comes as the US Department of Health and Human Services (HHS) has recently named a new federal advisory panel for tick-borne diseases. It’s first meeting will be in Washington DC on December 11. Read More 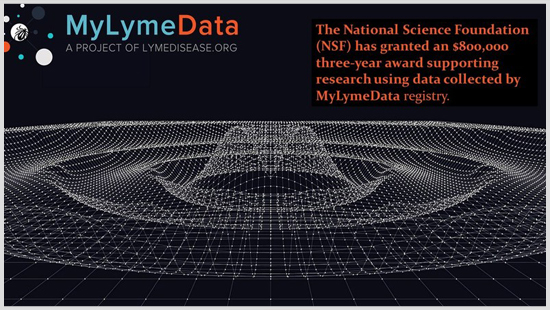 A new study suggests that developing effective treatments for Lyme disease may depend on understanding which patients respond to different treatments. Data collected from over 3,400 patients through LymeDisease.org’s MyLymeData online patient registry suggest that big data analysis techniques can identify subgroups of patients that respond well to treatment. Some chronic Lyme disease treatment studies done in the past have failed to identify treatment successes, but relied on samples of patients too small (37-129 patients) for subgroup analysis. Read More 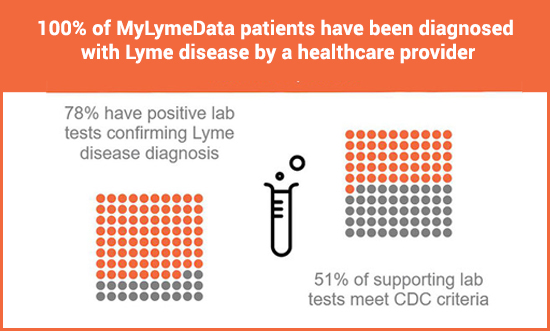 Although an early diagnosis of Lyme disease can improve the chance of recovery for patients, it doesn’t necessarily mean they are out of the woods. MyLymeData, the largest study of Lyme disease using real-world data, has released preliminary findings of its initial survey of more than 4,000 patients. The results presented at the Columbia University/Lyme Disease Association conference in Minnesota are concerning. Read More 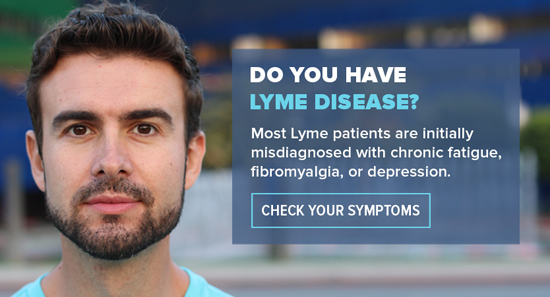 Think you may have been bitten by a tick? Not sure if you have Lyme disease? A new online symptom checklist tool, developed by LymeDisease.org, one of the largest patient advocacy organizations, may help in determining the likelihood that you’ve contracted the illness. Read More 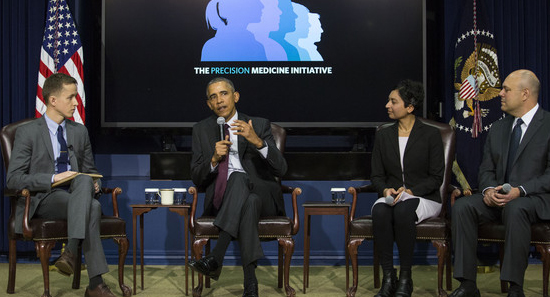 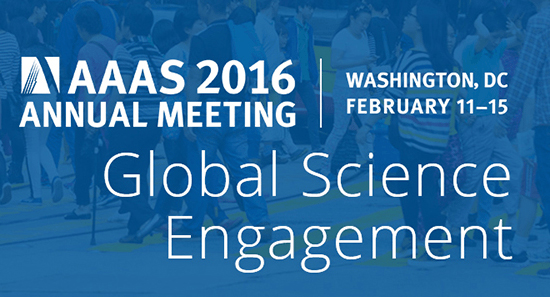 Lorraine Johnson, CEO of LymeDisease.org, will join representatives from the White House Office of Science and Technology and Johns Hopkins Medicine at the annual meeting of the American Association for the Advancement of Science (AAAS) on February 13 in Washington, DC. They will discuss the tremendous promise big data holds for solving complex illnesses like Lyme disease. Johnson’s talk, Big Data and Patient Powered Research, will explain why patient-centered big data may be a game changer for chronic Lyme disease. Read More 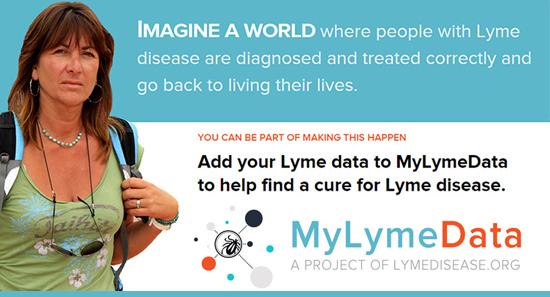 LymeDisease.org, one of the largest non-profit Lyme disease patient advocacy organizations in the world, today announced the launch of MyLymeData, the first-of-its-kind national patient-powered research project aimed at improving the quality of care for Lyme disease patients. Read More 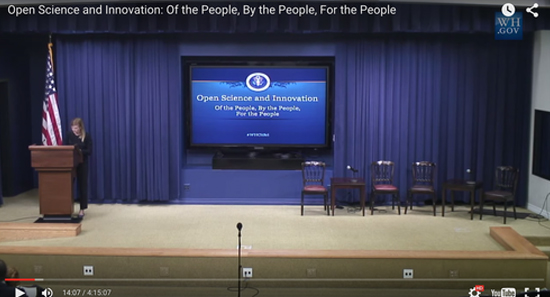 LymeDisease.org CEO Lorraine Johnson has been selected to participate in a White House forum hosted by the White House Office of Science and Technology Policy and Domestic Policy Council, “Open Science and Innovation: Of the People, By the People, For the People,” which will be live-webcast on Wednesday, September 30th. Read More 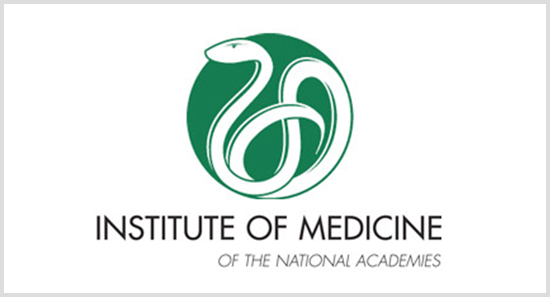 Lyme treatment guidelines developed by the International Lyme and Associated Diseases Society (ILADS) were posted today on the National Guideline Clearinghouse (NGC). They are the first Lyme guidelines which comply with the Institute of Medicine’s new standards for rigorous evidence assessment and patient engagement in the development process. Read More