LYME SCI: Want to solve the Lyme wars? How about an accurate test? 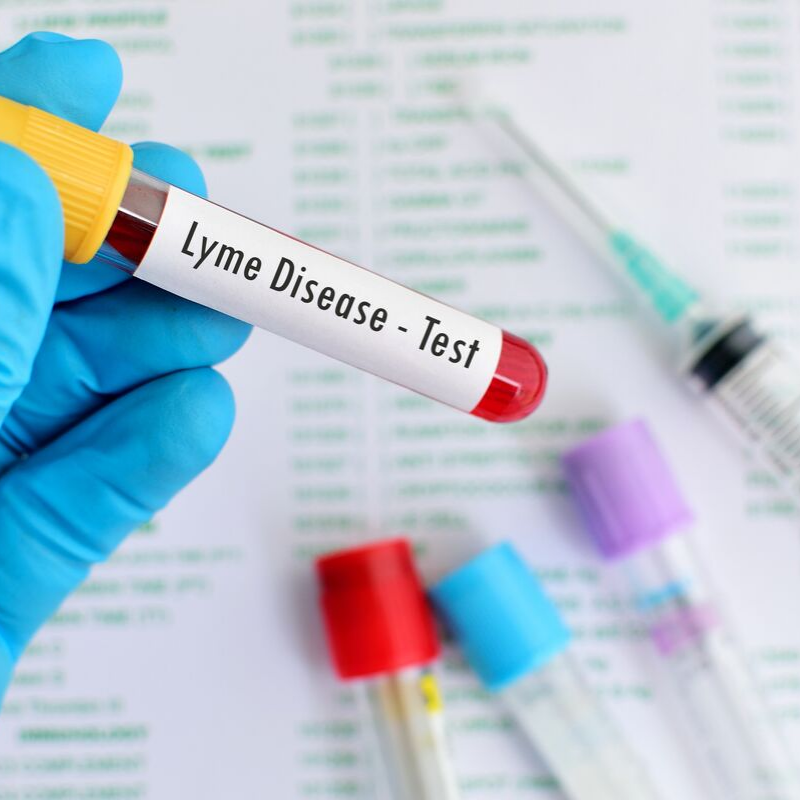 Much of the controversy surrounding Lyme disease could be settled with an accurate test. One that could detect 100% of infection—and determine when the infection has been cleared.

We don’t have that now. Fortunately, many researchers are working on the problem.

A step in the right direction?

The FDA recently granted clearance for a modified Lyme disease blood test made by ZEUS Scientific. The modified methodology uses a second enzyme immunoassay (EIA) in place of a western blot. (Similar to western blots, EIAs use antibodies to detect an immune response in the body.)

Clearance by FDA of the new Lyme disease assays indicates the FDA has reviewed the data and found that the test performance is “substantially equivalent to or better than” the existing two-tier test. [1]

Since the existing two-tier test is about 50% accurate, the bar is set pretty low for beating this standard.

The CDC has recommended the existing two-tier test for Lyme disease since 1994. The first tier uses an enzyme-linked immunosorbent assay (ELISA), which is a type of EIA. If the first step is positive, it is followed by a Western immunoblot. Only if both steps are positive is the case reportable to the CDC. [2] 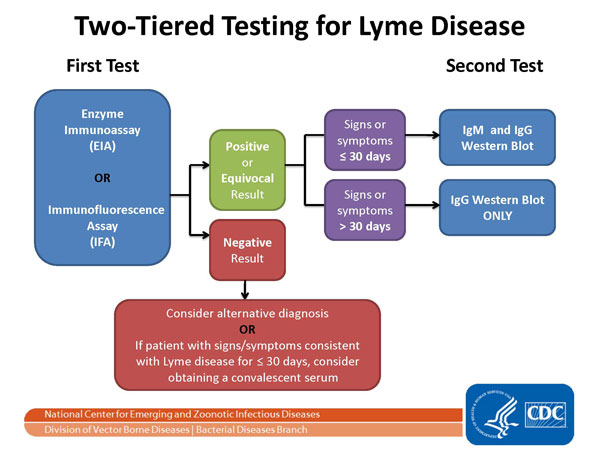 It’s important to understand the difference between FDA “clearance” and FDA “approval.” Diagnostic tests are considered Class II products and only require clearance, not approval, before marketing.

In this process, the FDA reviews clinical data to determine whether the new test is “safe and effective” and “substantially equivalent” to similar tests that have already been cleared by the FDA. (In other words, they don’t have to improve on prior tests—just be pretty much the same.)

It involves a more thorough review of clinical data. Approval means that a product has been found to be safe and effective, and that its benefits to society outweigh any risks.

Following the FDA/ZEUS announcement, the CDC updated its recommendations for diagnostic testing for Lyme disease to include the two-step EIA as “acceptable alternatives for the laboratory diagnosis of Lyme disease.”[2]

It’s time for a change

I spoke with Daniel Zweitzig, the director of research and development at ZEUS Scientific, about the new tests. He says the idea for the new two-step process was born out of the Cold Spring Harbor Banbury Conference that took place in 2016.

At that meeting, there were officials from the CDC, FDA, NIH, and researchers from Rutgers, Yale, Harvard and other institutions. The group reached consensus on the need for improved Lyme diagnostics. [3]

In its search for a better Lyme test, ZEUS discovered that by substituting an EIA for the Western blot in the second tier of the two-tier test, it could increase the sensitivity for detecting early Lyme disease.

That means patients with early Lyme disease will be more likely to test positive. (Which is not what happens now, alas.)

Lyme disease hits close to home for so many of us today. I know this first hand, because my daughter suffered long term illness due to a delayed diagnosis of tick-borne diseases.

Zweitzig told me he also has a family member who has struggled with Lyme disease for many years, after a delayed diagnosis. A story I hear all too often.

The good and bad news

To gain FDA clearance, ZEUS worked with a large supply of blood samples provided by the CDC. These de-identified samples included 356 total specimens: 166 cases of Lyme disease, 90 specimens from diseases other than Lyme disease, and 100 healthy controls. [4]

Additional good news: the MTTTs only had two false-positives out of the 90 samples from other diseases. Both were mononucleosis.

That means if you get a positive test for Lyme, it is a near 100% confirmation that you have Lyme. And if your doctor suspects a false-positive test result, you’ll only need to rule out mononucleosis to be certain that it’s Lyme.

Unfortunately, out of the 60 samples with acute/early Lyme, 15 tested false-negative for Lyme.

That means roughly 25 out of every 100 people with an early Lyme infection will test negative for Lyme. (The average sensitivity for the MTTT-1 was 73% & MTTT-2 was 76% for acute/early Lyme.)

“Of course, we would prefer to have a test that is 100% sensitive across all phases of Lyme disease, but this is certainly an improvement over the previous algorithm,” Zweitzig says. “It’s a step in the right direction.”

Why is Lyme so difficult to diagnose?

Like its cousin, syphilis, Borrelia is very difficult to detect using the direct technique where it is grown in culture then confirmed by PCR.

PCR is a technique that amplifies trace amounts of genetic material (DNA) and is near 100% accurate in identifying pathogens. Unfortunately, PCR is another test that has a difficult time detecting Borrelia.

Part of the reason for this is that Borrelia like to hide out in deep tissues within the body rather than floating in the blood stream. The low level of Borrelia in blood poses a problem for many standard testing techniques. [5]

Because the CDC seeks to monitor the spread of specific diseases, it requires the test for Lyme disease be highly specific for Borrelia burgdorferi.

Unfortunately, these tests are so specific, they do not detect several of the newly discovered species of Borrelia (Californiensis, mayonii, bissettiae, etc…) that are found outside of the northeastern U.S. [Learn more about the unique pathogens found in California here]

How to improve diagnostics?

The current test for Lyme is “indirect,” because it simply detects the body’s response to the infection (antibodies) rather than actually finding parts of the bacteria.

A major disadvantage with indirect tests is that some people never develop antibodies. And for those that do, the antibodies may last for months or years after infection. An ELISA is incapable of distinguishing between active infection or past exposure. [7]

An ideal test would be 100% sensitive and could also determine when the infection has been cured.  This would solve the question of which treatments are most effective. It would also end the controversy surrounding whether patients suffering long term symptoms after standard treatment have an ongoing infection.

As it stands, the CDC recommends that only laboratory tests cleared or approved by the FDA be used in the serodiagnosis of Lyme disease.

Knowing how insensitive the test is during the acute phase, the CDC states on its website: “During the localized (early) stage of illness, Lyme disease may be diagnosed clinically in patients who present with an EM rash. Serologic tests may be insensitive at this stage. During disseminated disease, however, serologic tests should be positive.”

But what if you don’t get a rash? What if your test is falsely negative? What if you have a  compromised immune system and thus never develop antibodies? What if you’ve acquired a strain of Borrelia that is not detected by the CDC-recommended tests?

Should you be denied antibiotics during the critical early phase, when doxycycline is most effective?

Studies have shown that a delay in diagnosis/treatment results in worse outcomes. The most important clinical result, from a patient’s standpoint, is a prompt diagnosis and proper treatment. Avoiding false negatives is a critical issue for patients.

What’s on the horizon?

There are several existing newer tests for Lyme available to physicians. Some are better than others at detecting disease. But, while they may help your doctor accurately diagnose you, the CDC will not count those as positive cases of Lyme.

In my next post, I will highlight a few of the newer developments in Lyme diagnostics.