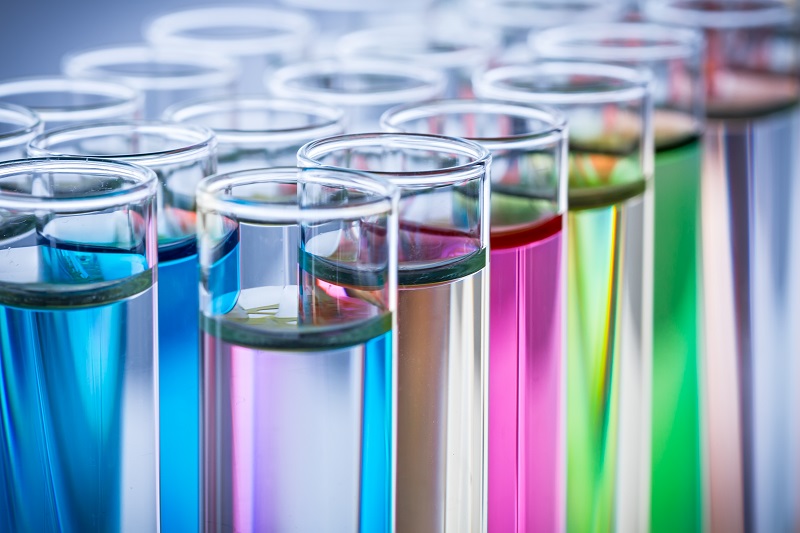 Lyme disease is spreading rapidly across the world and is currently the most common tick-borne disease in the United States and Europe. Although the diagnosis of Lyme borreliosis can be based upon clinical symptoms, most doctors will rely on commercially available tests kits.

However, studies show that their sensitivity–meaning how well the tests can identify who actually has Lyme disease–can range anywhere from 7.4% to 86.2%. While early and accurate diagnosis is the most effective way to avoid more serious illness, the fact is many patients will be improperly diagnosed due to faulty testing.

If this first step is negative, the CDC says no further testing of the specimen should be performed. The CDC only recommends the second tier if the first step is positive or indeterminate (sometimes called “equivocal.”)

The second step uses an immunoblot test, commonly called a “Western blot.” Both tiers–the ELISA and the immunoblot–must be positive for a person to be considered “CDC positive” for Lyme disease.

Both the ELISA and the Western blot are indirect tests — that is, they do not detect the Lyme pathogen itself. These tests measure antibodies made by the immune system in response to the Lyme infection. There are several reasons why a person who actually has Lyme may not produce measurable antibodies. One reason is timing. It can take weeks or even longer for the body to create a detectable immune response. Unless and until the body develops these antibodies, the tests will be negative, even if the person has Lyme disease.

Thus, when the timing of diagnosis is most critical, the two-tier test is least effective. In addition, because the immune markers do not reliably change with treatment, the test for Lyme disease is incapable of distinguishing the stage of the disease, or whether someone has been “cured.”

Recently, two independent researchers in the UK conducted a systematic meta-analysis (literature review) of 20 years of published data regarding commercial test kits for Lyme disease. The comprehensive review determined that the mean sensitivity of all test kits used was only 59.5%.

The authors point out that Lyme tests have only been developed for a few specific Borrelia species. In the United States, test kits are typically designed to detect only B. burgdorferi sensu stricto (B31), while in Europe test kits also include B. afzelii and B.garinii. Test kits for at least nine other species known to cause Lyme-like illness, including B. miyamotoi and B. mayonii are not available. This means the standard test for Lyme disease will miss many cases of disease-causing Borrelia.

Because no single test exists to detect all species of Borrelia, several laboratories are experimenting with combination ELISAs in an effort to yield higher sensitivity compared to the standard two-tier test. One of these tests is the C6 ELISA, which uses a synthetic peptide. This analysis revealed the mean sensitivity using the C6 was 53.9%, which is significantly lower than the standard Western blot when used alone.

All of this data is summarized in the following Table: 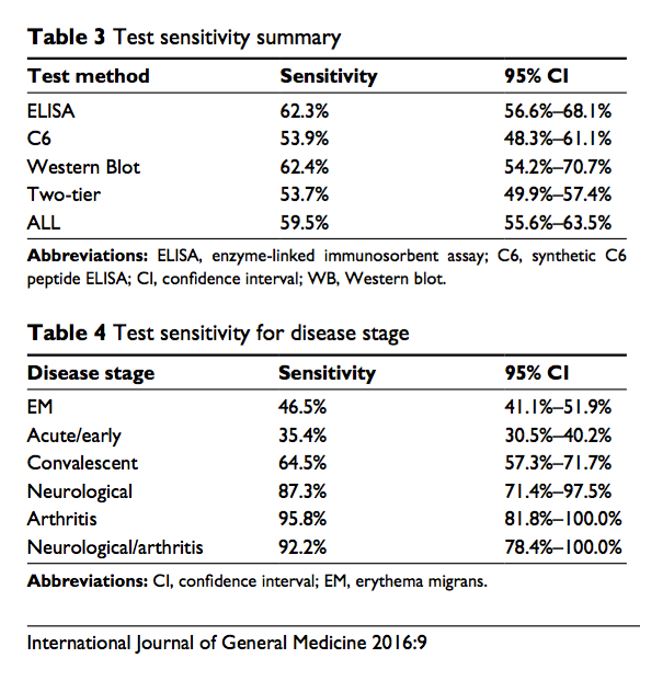 Note: sensitivities of late stage neuro and arthritic Lyme are often overstated. Often, such studies only recruit patients who have already tested positive for Lyme, thus skewing the results.

According to the most recent data, Lyme cases reached an all-time high in the United States in 2015. Since the 1990s, the CDC has known the test for Lyme disease is inadequate. Yet, the sensitivity of the test has improved only 4% over the 20-year study period.

This study indicates that the current testing approach for Lyme disease is highly inaccurate. This insensitive test will result in many patients who are actually infected with Lyme Borreliosis going undiagnosed. Based upon the results of this analysis, the authors recommend that “clinicians do not assume that negative laboratory investigation results exclude a diagnosis of Lyme disease.”

The authors refer to a recent study conducted by LymeDisease.org that comes to the same conclusion: “These results lend support to the recently published conclusion of Stricker and Johnson to the effect that ‘FDA-cleared commercial serological testing for Lyme disease is inadequate for the diagnosis of the disease.’”

In fact, the initial findings of LymeDisease.org’s patient-driven big data project, MyLymeData, reveal that 50% of over 4,000 respondents report a missed or delayed diagnosis due to false-negative test results (37%) or being told their positive test was false-positive (13%). Because of faulty testing many patients are not diagnosed within the critical early phase of their illness resulting in avoidable harm. 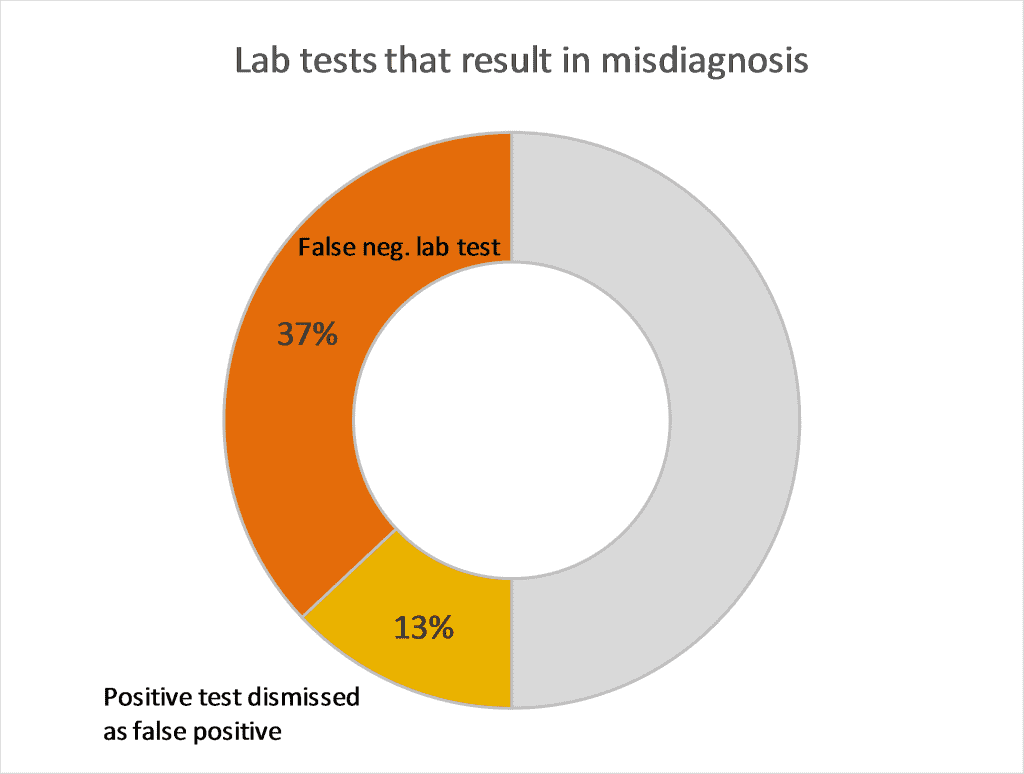 LymeSci is written by Lonnie Marcum, a Licensed Physical Therapist and mother of a daughter with Lyme. Follow her on Twitter: @LonnieRhea Email her at: lmarcum@lymedisease.org .

Commercial test kits for detection of Lyme borreliosis: a meta-analysis of test accuracy