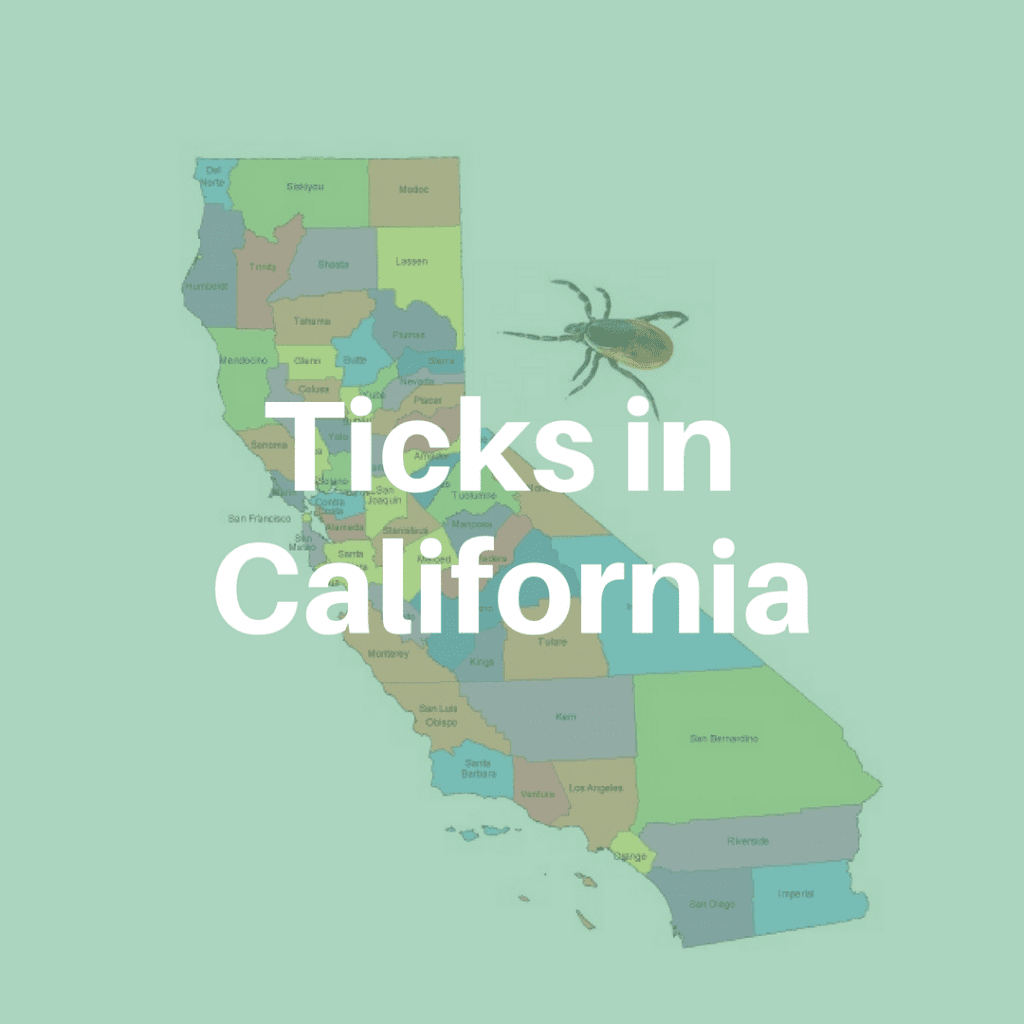 Last week, I posted the verbal comments I made to the federal Tick-Borne Disease Working Group. At the same time, I also submitted written comments, which delved more deeply into issues specifically related to California. Here’s what I wrote:

California has one of the most diverse ecosystems in the world. The terrain ranges from sea level—with 840 miles of Pacific coastline; to the extremes of Death Valley—North America’s hottest, driest, lowest point; to Mount Whitney—the highest summit in the contiguous United States.

Along with this diverse terrain comes a high level of biodiversity, and with it 48 species of ticks—almost half of the known tick species in the United States. This means California is a prime breeding ground for tick-borne diseases [1].

But the CDC has come to view California as a low-risk state for Lyme disease even though Allen Steere reported otherwise in 1979:

“Lyme disease, defined by erythema chronicum migrans and sometimes followed by neurologic, cardiac, or joint involvement, is known to have affected 512 patients in the United States. The disease seems to occur in three distinct foci: along the northeastern coast, in Wisconsin, and in California and Oregon, a distribution that correlates closely with that of Ixodes dammini in the first two areas and with Ixodes pacificus in the last [2].”

Lyme is the tip of the iceberg

World-renowned medical entomologist Dr. Robert Lane has studied California ticks for over 40 years. His many accomplishments and pioneering tick studies include: the discovery of Borrelia bissettii  (later named bissettiae) in California [3]; the identification of the western gray squirrel as the primary reservoir host for Lyme disease in California woodlands [4]; and his legendary 1982 collaboration with Dr. Wihelm (Willy) Burgdorfer on the first large-scale study of North American ticks—which identified Ixodes pacificus as the vector for Lyme disease in CA [5]. But Lyme is only one of  myriad tick-borne problems that plague Californians.

Recently, Dr. Lane and I spoke at length about the number of known pathogens carried by California’s diverse ticks. Besides Lyme disease, the Ixodes pacificus tick (Western black-legged tick) can transmit many potentially fatal infectious agents, including:

Professor Lane, along with researchers at UC Berkeley and Yale, recently published a study examining a biobank of frozen blood samples from the 1980s, collected from residents of Mendocino County, CA. The results were astonishing. Twenty-six out of 101 samples were reactive for relapsing fever borreliosis, including B. miyamotoi—a bacteria that lacks both a standardized test and CDC surveillance. In addition, confirmatory blood tests showed 79% of those  people had antibodies to tick saliva—a rate nearly three times that of residents of Block Island, Rhode Island, where 29% carry the antibodies [7].

According to the California Department of Public Health (CDPH), many pathogens transmitted by California ticks are known to cause illness in humans [8].

The illnesses caused by these pathogens include [9]:

Many people consider Lyme disease an “East Coast thing.” Thus, it is often overlooked by physicians in the West, simply due to lack of knowledge. That lack of knowledge is partly responsible for the under-reporting of Lyme, but there are other obstacles. Californians sickened after a tick bite, not only have to find a physician willing to test for Lyme, but then each case must pass several strict checkpoints before making it to the CDC.

Up until recently, California physicians could report Lyme cases based upon tick exposure in a county known to carry Lyme, followed by an erythema migrans (EM) “bull’s-eye rash,” OR a positive 2-tier blood test [10]. Note: Lyme-infected ticks have been documented in 42 out of 58 California counties [9].

Under the new 2017 CDC criteria, an EM rash is only diagnostic if the patient was exposed less than 30 days prior, in a “high-incidence” state. A high-incidence state is now defined as one that averages 10 confirmed cases per 100,000 population. In 2015, 90% of all “confirmed” cases of Lyme disease were reported in 14 states. [11]

The CDC states: “Furthermore, Lyme disease is endemic in certain areas of the Pacific Coast that support the enzootic cycle, and although risk is documented in those areas, no states outside of the Northeast, mid-Atlantic, or upper Midwest regions met the criteria for high incidence.”

Today, inside of these 14 “high-incidence” states, an EM rash is considered diagnostic. In the other 36 states, all cases must be confirmed by a positive 2-tier blood test in order to be included in the CDC surveillance.

In 2006, Dr. Lane and other researchers at UC Berkeley and the California Department of Public Health (CDPH) documented counties in California that are endemic for Lyme disease, with up to 15% of ticks [12] carrying Borrelia, and up to 50 cases per 100,000 population [13].

From 2005 to 2014, the highest incidence of Lyme in California occurred in Trinity County, which is in the northern part of the state. In an earlier study, Dr. Lane concluded that Mendocino County, California, was as endemic as highly endemic areas in the Northeastern US.

For reference, Mendocino County, CA is almost twice the size of Delaware and three times larger than Rhode Island. Yet under the new reporting criteria, cases even in highly endemic areas of CA are less likely to be counted by the CDC. While the risk of contracting Lyme in many areas of CA is quite high, all cases will be held to the standards of a low-incidence state.

This means, in California, even if you have the diagnostic EM rash, your case will not be reported to the CDC unless you get a confirmatory positive result on both of the 2-tier blood tests.

There are two glaring problems with this:

In 2013, after conducting three separate studies, the CDC estimated the actual incidence of Lyme disease in the United States to be 10 times higher than the number of cases reported annually [15]. The chief epidemiologist for the CDC’s Lyme disease program said, “We know that routine surveillance only gives us part of the picture, and that the true number of illnesses is much greater.”

The CDC clearly states that its surveillance criteria are not to be used to rule out a diagnosis of Lyme disease, because it takes several weeks for patients to produce enough antibodies for the test to show positive. With early treatment being so critical, a diagnosis needs to be made based upon clinical signs and symptoms.

Per the CDC: “A diagnosis of Lyme disease should be considered in patients with compatible clinical signs and a history of potential exposure to infected ticks, not only in states with high incidence but also in areas where Lyme disease is known to be emerging.[16].”

California, along with many other states that fall below the 10 per 100,000 case cutoff, wind up in a vicious cycle: Decreased awareness leads to decreased testing, which leads to no listing on the CDC surveillance maps, which leads to doctors thinking, “We don’t have Lyme disease in (insert your state).”

Due to the lack of awareness and education, the true incidence of Lyme and tick-borne diseases has been greatly under-detected. Because patients with tick bites are rarely tested for the full range of tick-borne pathogens, we really have no idea what is making them sick. Could undiagnosed Powassan, or some yet to be discovered virus, be contributing to the high percentage of Lyme patients with chronic symptoms?

The latest “Vital Signs” from the CDC reports over 75% of the 650,000 cases of vectorborne disease during 2004-2016 came from ticks, with Lyme disease accounting for 82% of all tickborne cases. Given that Lyme disease is the fastest growing vectorborne disease in the continental US, and the ability of ticks to transmit multiple pathogens the CDC needs to launch a robust public health response, at least to the level of mosquito borne diseases.

While I understand the CDC’s need to verify the spread of pathogens through highly specific confirmatory blood tests, this does nothing to help patients receive early effective treatment for tick-borne diseases.

What patients need is a highly sensitive test, capable of early detection of all tick-borne pathogens. Today we have the technology to make this happen. In fact, there are multiple laboratories already working on these tests. I suggest we give them every opportunity to succeed!