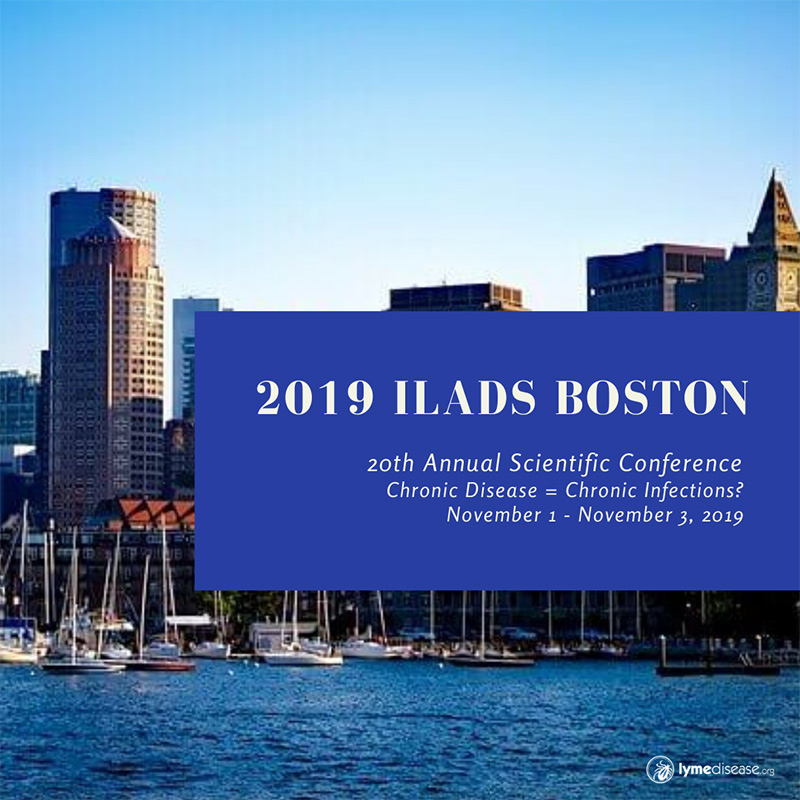 I recently attended the International Lyme and Associated Diseases Society (ILADS) 20th Annual Scientific Conference in Boston. The title of the conference was “Chronic Disease = Chronic Infections?” The themes ranged from big data to tumorigenic effects of bartonella.

This marks the fourth year in a row I’ve attended ILADS and the fourth Lyme and tick-borne disease conference I’ve attended this year. During my three days at ILADS I was able to attend over 30 lectures. My take-away from all of this year’s conferences is generally the same—thanks to scientific advances we are right on the verge of solving many of the mysteries that have surrounded Lyme and tick-borne diseases.

Another common occurrence this year is seeing researchers from fields outside of the tick world lending their experience and unique vantage points to Lyme disease. For so many years we’ve seen many the same Lyme researchers receiving NIH funds to repeat essentially the same studies, coming to the same conclusions over and over again. They are not helping patients. It’s time for a change.

Some of the most encouraging moments for me at ILADS also happened at the other conferences I’ve attended this year. There is something really refreshing when you see scientists from outside fields asking each other questions. Unafraid to admit they don’t know it all. Open to learning.

These collaborations are what I believe is going solve the mystery of chronic illness. Not just Lyme, but fibromyalgia, chronic fatigue syndrome, and so many others.

ILADS Collaborates With Others

Increasingly the conferences I’ve attended have adopted the “One Health” initiative, which promotes collaboration amongst experts between several different specialties. The goal is to achieve optimum health for people, animals and the environment. One Health teams frequently include physicians, scientists, veterinarians, ecologists and members of the public. (1)

Cheryl Stroud, DVM, PhD, a doctor of veterinary medicine, is the Executive Director of the One Health Commission in charge of a global effort to bring better health to the world. Dr. Stroud presented to ILADS how human activities (eg. forest fragmentation) have contributed to the rise of Lyme disease.

Stroud believes that we as humans are in a unique position to either help or hurt our planet. One Health is about “living in harmony with animals and the environment,” said Stroud. She encouraged the audience to remember “that mother earth is a living organism too. Love, honor and respect her.” Stroud told us that to solve these problems we must “make opportunities to come together.” I felt ILADS has done an excellent job of offering a platform for bringing people together.

Kristen Honey, PhD, PMP also did a great job of showing how people from all walks of life can come together to solve big problems. Dr. Honey shared the Report to Congress that was made while she served as a co-chair of the Health and Human Services (HHS) Tick-borne Disease Working Group, from 2016-2018.(2) She also highlighted the year of progress with “Lyme Innovation” since her appointment to the HHS Office of the Chief Technology Officer. (3) 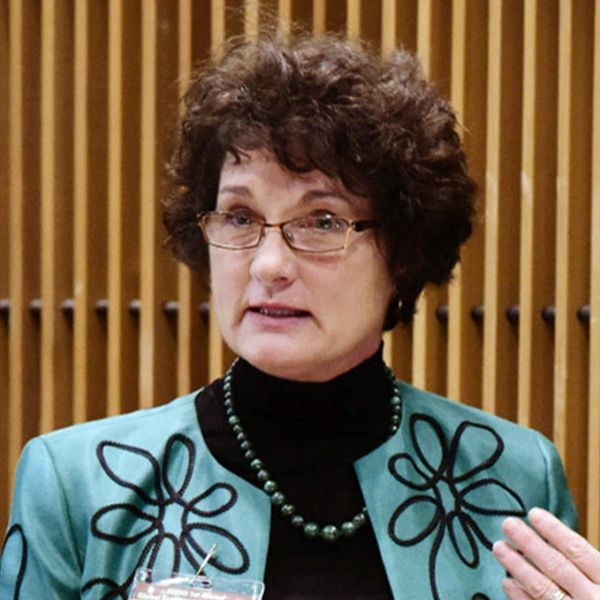 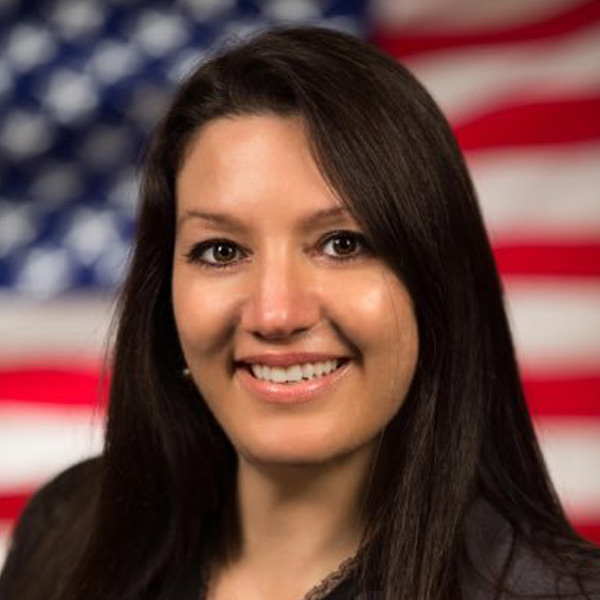 The hot topic of the conference was how the biofilm that forms around the majority of all bacteria can lead to chronic infection. As Dr. Francis Collins, the director of the NIH explains in his blog, “The bacteria have self-organized into a sticky, mat-like colony called a biofilm, which allows them to cooperate with each other, adapt to changes in their environment, and ensure their survival.”

Long time biofilm researcher, Garth Ehrlich, Phd, FAAAS, sits on the ILADS Education Foundation and was instrumental in bringing in several renowned researchers. One of them, Marna Ericson, Phd, a researcher from University of Minnesota gave one of the most colorful presentations—literally.

As a professor and director of the Dermatology Imaging Center at the University of Minnesota, Dr. Ericson has over 15 years examining and imaging skin and other tissues. Her striking image using laser scanning confocal microscopy to capture the autofluorescence of a nymphal deer tick has won multiple awards including the National Science Foundation (NSF) and the American Association for the Advancement of Science (AAAS).  “A blood-sucking tick has never looked so stunning!” says Ericson.

In trying to understand how ticks transmit pathogens Ericson’s research group created fluorescent versions of the tick-associated bacteria. But first they had to make sure they would be able to distinguish the bacteria from the tick and host. Ericson says the photograph highlights the “importance of good controls, especially when it comes to autofluoresence.”

Ericson became particularly interested in the role of biofilms in chronic Bartonellosis after her son became infected. She is currently collaborating with several other researchers, including Ed Bretischwerdt, DVM, DACVIM, a Professor in Internal Medicine, doctor of veterinary medicine and Bartonella expert at North Carolina State University. (4) Ericson says she is finding that “Bartonella can form biofilms on collagen fibrils providing a protective niche for persisters.”  And would like all medical providers to know the difference between striae and Bartonella tracks, “If  you see tracks, think Bartonella,” Ericson says.

Eva Sapi, PhD, a pioneer in Borrelia biofilm research presented her most recent findings at ILADS. Dr. Sapi included a case of a woman who received 16 years of antibiotics yet died of complications from Lyme disease. Her findings—published in Antibiotics— show Borrelia biofilms were found in the brain, heart, kidney and liver. (5) These autopsy findings support her past laboratory research showing that Borrelia can form biofilm helping it resist antibiotics. 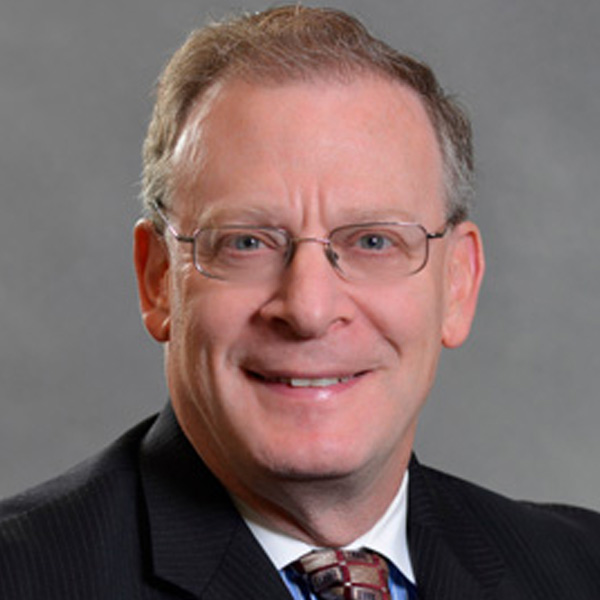 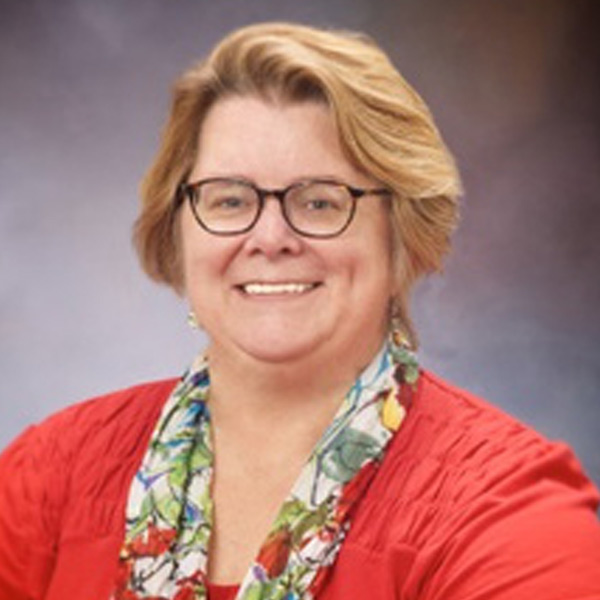 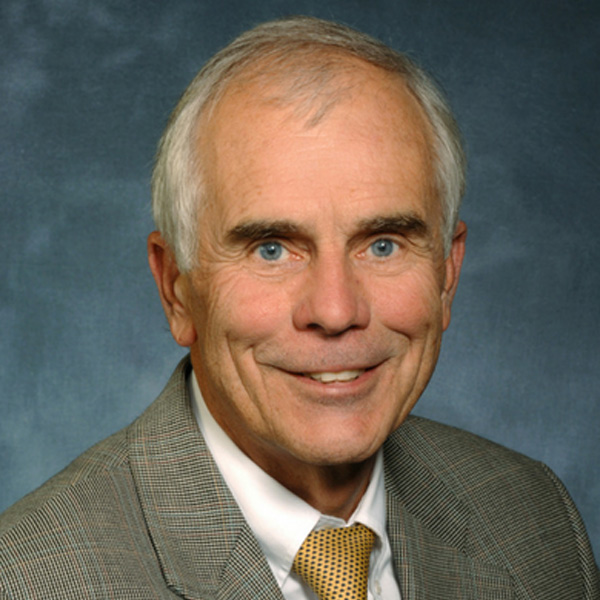 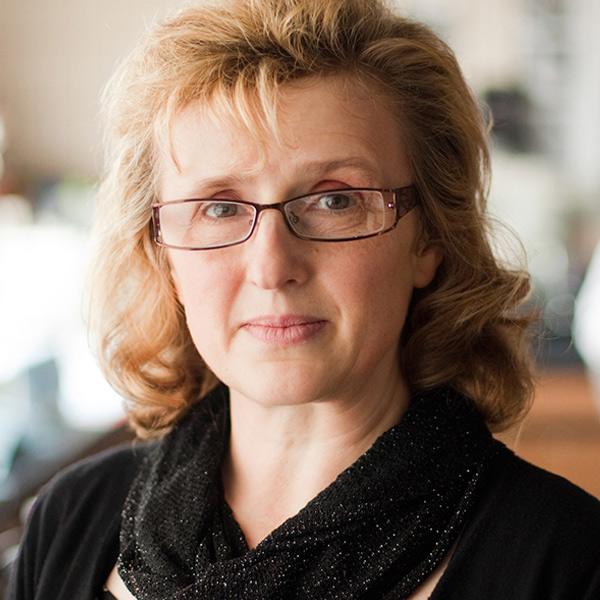 Murphy has found that many infections in the airways persist due to biofilm. “We define a cleared infection as one visit and the strain is cleared,” he said. “We define persistence as infections that are not cleared after the first visit.” Murphy said there are several similarities between the bacteria that cause persistent infection in COPD and Borrelia and Bartonella.

Joshua Chang Mell, PhD from Drexel University used persistent infection in Cystic Fibrosis to show how bacteria diversify quickly in the human host. The organisms evolve. Mell said if we can prove that the genomes of Borrelia adapt over time it will dispel much of the controversy surrounding persistent Lyme disease.

Possibly one of the most stunning presentations at ILADS was Dr. Knox’s talk on Powassan & Deer Tick Virus in the U.S. Konstance Knox, PhD is an award winning virologist and founder of the the Wisconsin Viral Research Group (WVRG).

Powassan (POWV) is a neuroinvasive virus (similar to Zika) that can persist for months to years after initial infection. Approximately 10% of POWV infections lead to death, as in the tragic case of Senator Kay Hagen.

One of the studies Dr. Knox presented included 108 patients who tested positive for Lyme disease. Of those with Lyme 16.7% had laboratory evidence of Powassan virus. Knox pointed to the interesting possibility that this 16% closely aligns with the estimated 10-20% of Lyme patients who remain ill after early treatment. (6) 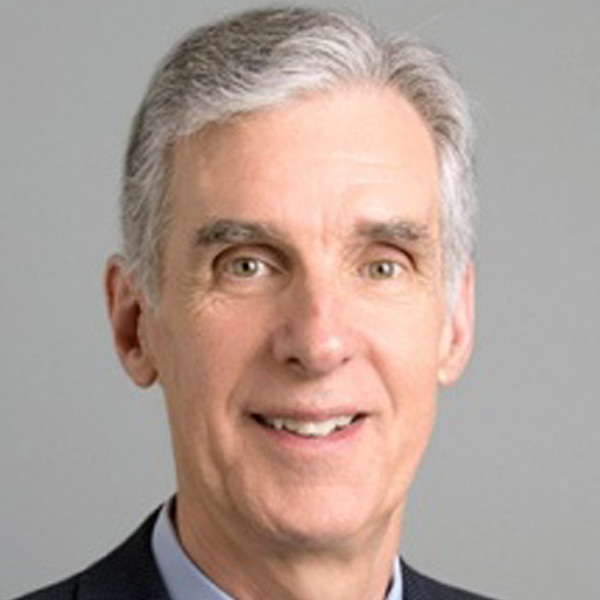 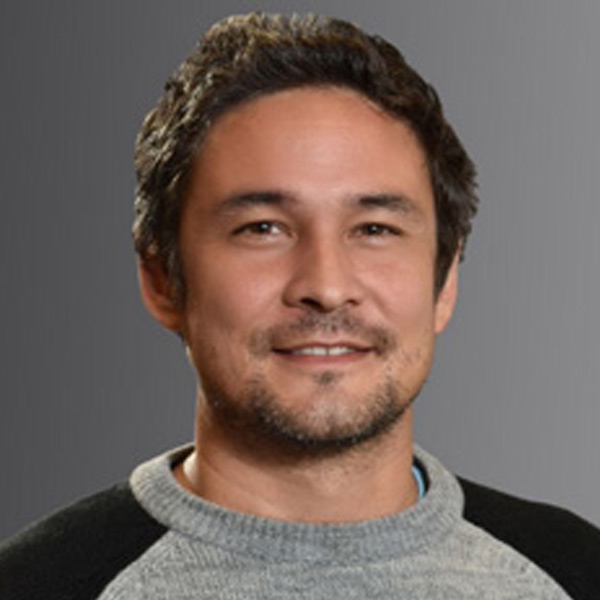 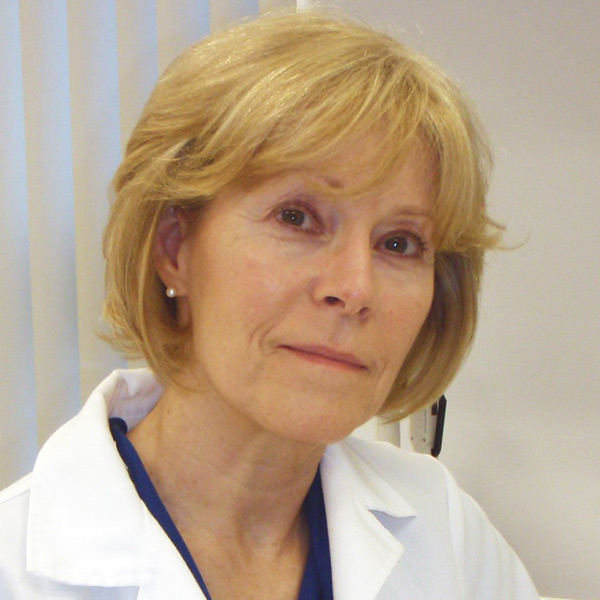 One of the most published researchers at ILADS, Tufts University of Medicine Professor Theoharis Theoharides, took us on a deep dive on the connection between mast cells, mitochondria and neuroinflammation. Dr. Lawrence Afrin,a mast cell expert, discussed how patients with risk for mast cell activation diseases (MCAD) may be predisposed for adverse reactions that lead to chronic illness. Dr’s Afrin and Theoharides, incoming ILADS president B. Robert Mozayeni and Dr. Tania Dempsey all spoke at great length about mast cells as a gate way to the brain, nervous system and chronic illness. [This information is deserving of a separate blog which I will provide next.] 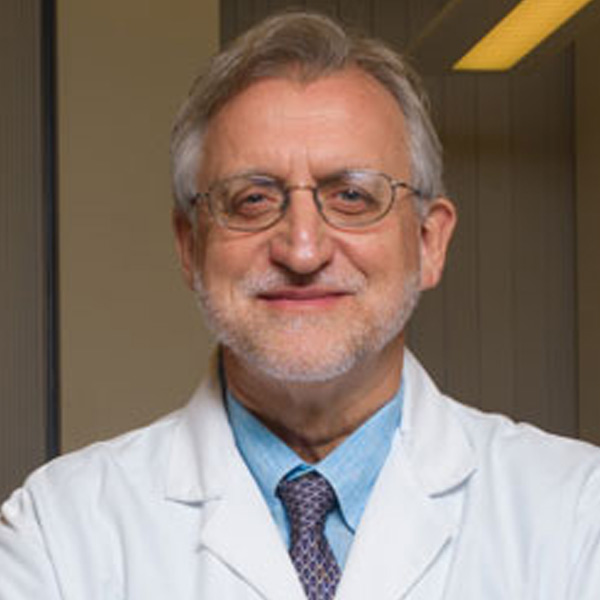 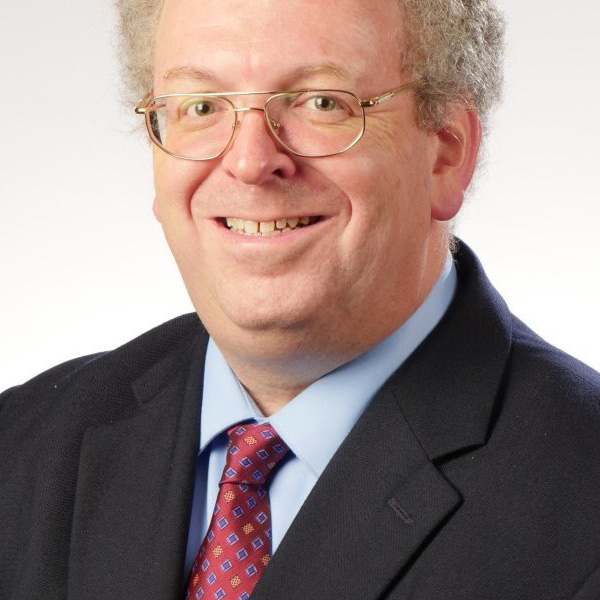 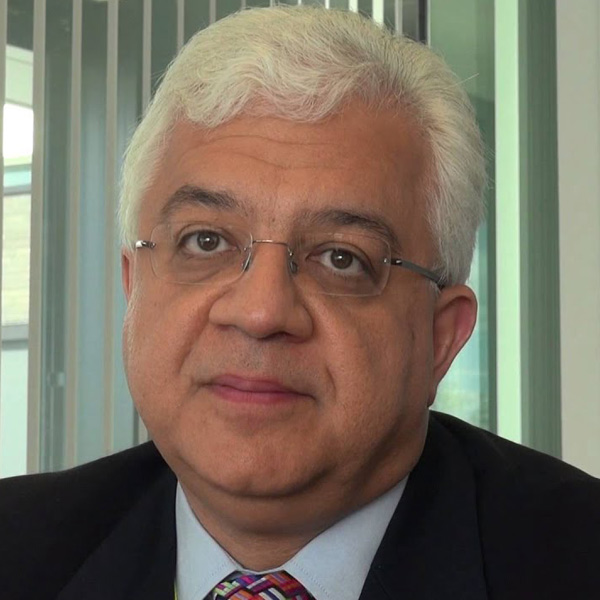 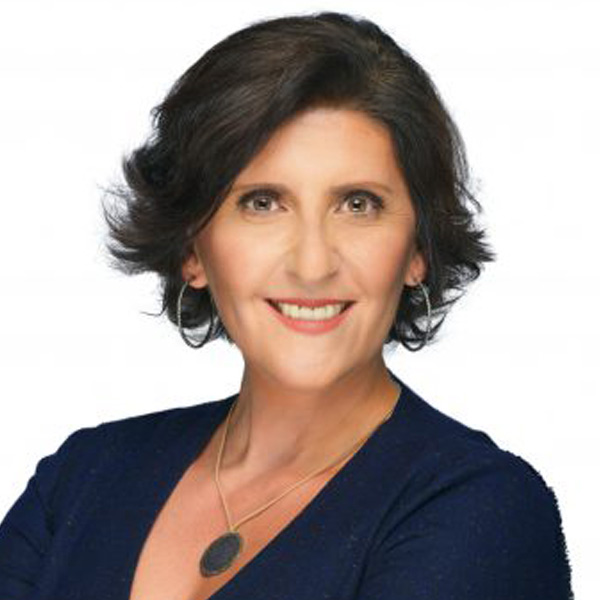 As far as diagnostics and treatment, I can only say things are moving quickly. Several researchers presented on future diagnostics some of which I just reported on. I would not be surprised if we don’t see some of these new tests hitting the market in the next year or two.

Kenneth Liegner, MD reported on the first case studies using disulfiram in the treatment of Lyme disease and babesiosis. (7)  Disulfiram is an FDA-approved drug that has been used to treat alcoholism for over 60 years. Dr. Liegner says the off-label use of disulfiram for Lyme is still experimental. Some of his patients have gotten better, some have not. Some have developed peripheral neuropathy and he’s occasionally seeing psych issues, so caution is definitely warranted. No one really knows how the drug is acting on the pathogens but Liegner thinks the drug may be penetrating the biofilms. Once the Disulfiram clinical trial at Columbia University is completed we will have a lot more solid data on this drug.

Duke University School of Medicine Professor, Neil Spector, MD from gave us a whirlwind tour of his ongoing research. He is applying his experience designing precision treatments for breast cancer to Bartonella and Lyme disease. While Dr. Spector has found no link between Borrelia and cancer, early research shows Bartonella may have the ability to trigger breast tumors. Spector says because Bartonella is so much easier to contract, it may be playing a much bigger role in patients who think they have “chronic Lyme.” 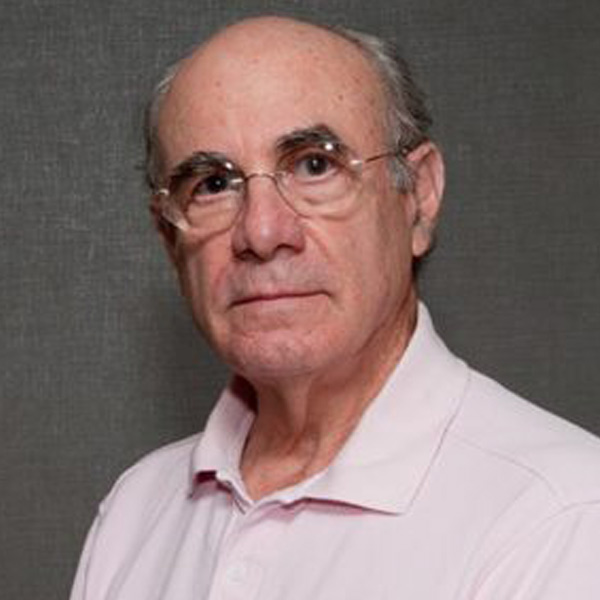 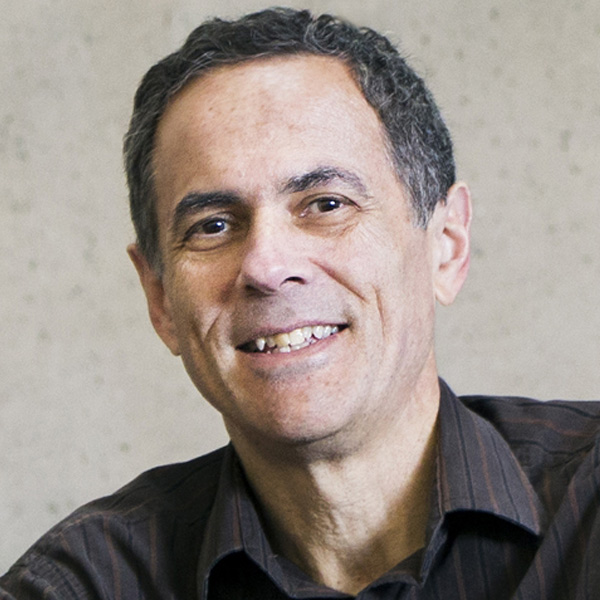 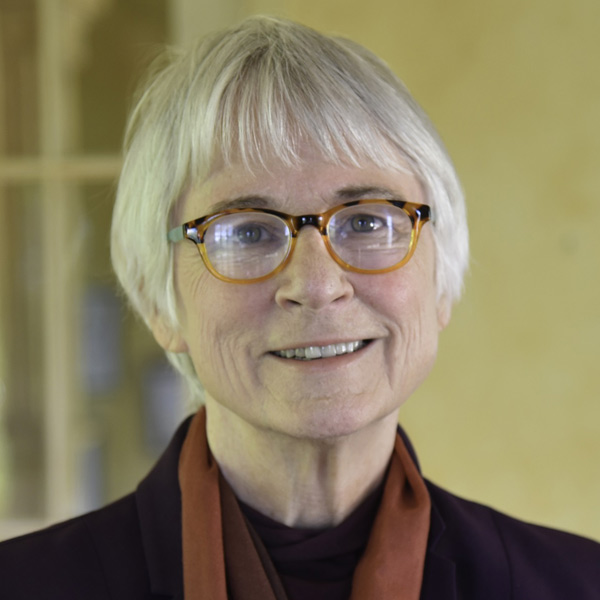 As Kristen Honey reminded us at ILADS, “Lyme innovation didn’t come out of nowhere. It is a culmination of many stakeholders including patients and patient advocates.” Maybe science and government is finally taking notice.

Lorraine Johnson, JD, MBA, presented the results of our recently published MyLymeData Chart Book. MyLymeData has enrolled over 12,000 participants and is currently among the top 5% of patient registries in the nation. LymeDisease.org included one of these 30-page full-color Chart Books in the packets of every attendee at ILADS this year. (You can download one for free here)

For all the Lyme sufferers out there I would encourage you all to hold the line. Challenge dogma. Use hard science to dispel controversy. Be kind. And if you haven’t already, I encourage you to join MyLymeData.

For all the Lyme researchers out there—I say THANK YOU!