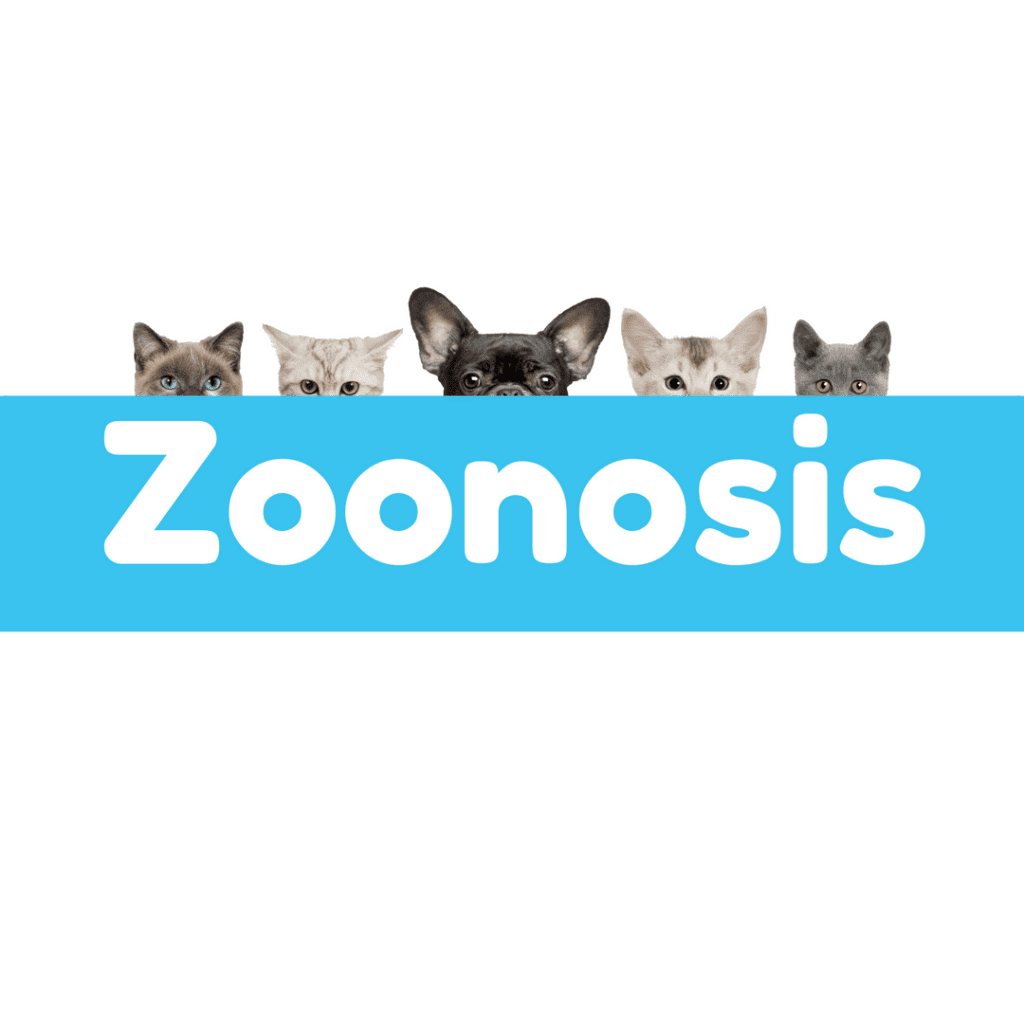 What do the following recent news stories have in common?

They all have to do with zoonotic diseases—those that are spread from animals to people. In fact, according to the CDC, zoonotic diseases account for over 60% of all communicable diseases causing illness in humans.

Some zoonotic diseases, like rabies, are transmitted by the bite of an infected animal. The rabies vaccine for pets has greatly reduced the number of cases of the disease in the US. However, the CDC estimates that 40,000 people per year require rabies treatment, primarily after exposure to bats and other wildlife.

Other zoonotic diseases come from direct contact with an infected animal. For instance, you might get salmonella from handling a baby chick, chicken, duck, turtle, or snake.

Another mode of transmission is through contact with animal droppings, saliva or urine. Hikers and campers may be at risk of hantavirus from rodent exposure in recreation areas, especially in the southwest.

The Lyme bacterium is spread when a tick (the vector) feeds on an infected animal like a mouse or a squirrel and then later transfers the illness to a human. According to the CDC, 94% of all vector-borne diseases in the US come from tick bites.

Mosquitos also transmit zoonotic diseases. The World Health Organization (WHO) estimates that mosquitos infect more than 700 million people per year, causing in excess of a million deaths—with nearly half of those fatalities caused by malaria. While malaria was eliminated from the US in the 1950s, there are still 1,700 cases reported annually, almost all due to recent travel.

Farmers, ranchers and veterinarians are at an increased risk for zoonotic infections due to their proximity to animals and outdoor areas where ticks and mosquitos thrive. Examples of diseases associated with animal husbandry are leptospirosis from horses, anthrax from cattle, Q fever from sheep, brucella from goats, cysticercosis from pigs, and Influenza A from chickens.

Veterinarians are at an obvious risk because they treat sick animals. Bartonella is particularly easy to catch as it can be transmitted from fleas, ticks, or the scratch of a cat. Cat bites are also common in veterinary practice and can result in abscess, septic arthritis, meningitis, even death.

Leptospirosis, one of the most widespread zoonotic diseases in the world, can infect a wide range of animals including rodents, dogs, and cats. It can be easily transferred to humans by contact with urine, saliva, or feces.

Zoonotic disease can also be transmitted though consumption of under-cooked foods. Examples of this are Ebola from bushmeat (non-domesticated animals), trichinosis from pork, E. coli from beef, salmonella from poultry, Listeria from cheese, and tuberculosis from unpasteurized milk.

Food preparation can be another mode of exposure. The flesh-eating Vibrio bacteria can be acquired from cleaning fish or shellfish. It affects nearly 80,000 people, resulting in about 100 deaths per year in the US.

Pet owners are also at an increased risk for zoonotic diseases. For instance, giardia can be transmitted by touching contaminated dog feces, pet rats can infect their owners with hantavirus, turtles can carry salmonella, chlamydia is common with pet birds, and many small animals carry ringworm.

A recent outbreak of Campylobacter, linked to puppies sold through Petland, sickened 55 people, in 12 different states and hospitalized 13.

Due to proximity to animals and the outdoors, pet owners are also at increased risk for vector-borne diseases. A recent study demonstrated that when compared to households without pets, pet-owning households had nearly twice the risk for finding crawling ticks, and 1.5 times the risk of finding ticks attached to family members.

The “One Health” approach

“One Health” is a concept that promotes collaboration among scientists from many different specialties to achieve the best health for people, animals, and the environment.

The One Health approach recognizes that animals and humans are part of a global community. Proximity to animals, travel, changing climate are all factors that affect the prevalence of disease. For this reason, One Health teams include physicians, veterinarians, ecologists and many others acting on regional, national and global levels to achieve optimum health.

Examples of this include when veterinary records are used to predict Lyme disease, or when health officials successfully reduced the transmission of Rock Mountain Spotted Fever on Indian Reservations by putting flea/tick collars on stray dogs.

As with all disease, prevention is key. The best method for preventing infection is to avoid exposure. However, if you own pets, live, work or travel in an environment where you are exposed, there are several steps you can take to reduce your chances of becoming infected.

What do MDs know about Zoonoses? Not a lot.