Thanksgiving in the Lyme world, 2015 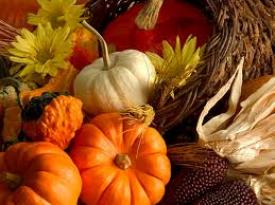 Along with new and continuing challenges for the Lyme community, there is also much to be grateful for. Here’s our Lyme gratitude list for this Thanksgiving season.

The new ILADS treatment guidelines have been posted by the US Government’s National Guidelines Clearinghouse. This is an important step for Lyme patients.

A shift on the scientific front?

The national scientific conversation is starting to include Lyme disease in a way not done before. Examples include Stanford’s MedX conference, the White House forum on citizen science, and last week’s session sponsored by the American Association for the Advancement of Science, which brought together leaders from the Lyme disease research, treatment and advocacy communities.

More than 1000 people registered during the first week after we launched MyLymeData, a patient-centered research project aimed at using “Big Data” technology to find a cure for Lyme disease. Click here to learn how you can join, too.

We’re grateful to you, members and friends of LymeDisease.org. With your support, we continue our efforts to empower Lyme patients through advocacy, education and research.