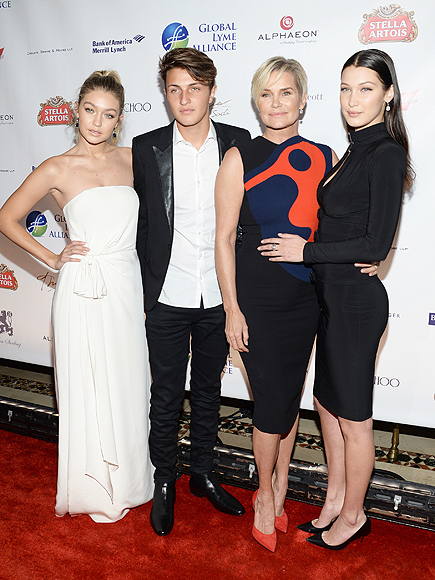 Yolanda Foster revealed she isn’t alone in her battle against Lyme disease: Two of her children have had a brush with the tickborne illness, too

“When my two youngest children, Bella and Anwar, were diagnosed with chronic Lyme disease in early 2012, watching my babies struggle in silence in order to support me in my journey, struck the deepest core of hopelessness inside of me,” the Real Housewives of Beverly Hills star said Thursday night of daughter Bella Hadid, 18, and Anwar Hadid, 16, at the Global Lyme Alliance inaugural gala.

Foster, 51, who was diagnosed with Lyme disease in 2012, was surrounded by family and friends – including Bella, Anwar, daughter Gigi, husband David Foster, her mother and Gigi’s boyfriend Joe Jonas– when she accepted the “Power of One” award in New York.  READ MORE.