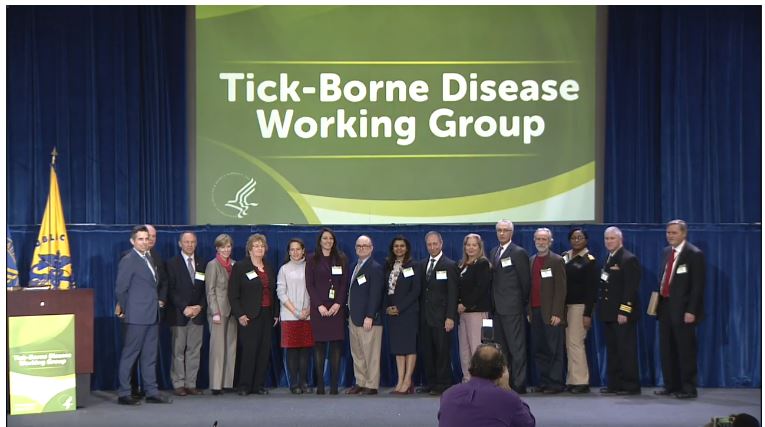 The third meeting of the federal Tick-Borne Disease Working Group has been scheduled for February 12, 2018.

It will take place from noon to 4 pm, Eastern Time (9 am to 1 pm, Pacific Time), and will be livestreamed for public viewing.

According to the group’s website, “For this third meeting, the Working Group will focus on mapping out and initiating the work of the six Subcommittee Meeting Working Groups that were established on December 12, 2017.”

Here are the subcommittees and co-chairs that were announced previously:

According to the website, the members of each subcommittee will be announced before February 12.

The federal panel was established by the 21st Century Cures Act, to bring together diverse viewpoints. There is no word yet on who will replace Dr. Gary Wormser, who withdrew from the group after the Lyme community protested his major financial conflicts of interest.

Click here for more information about the Working Group.