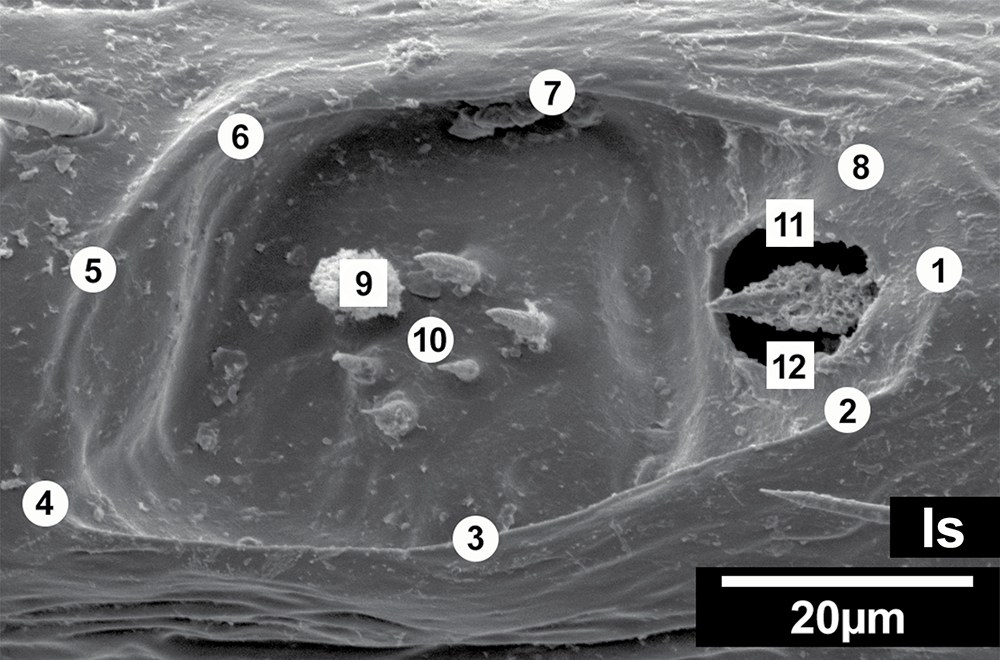 If you ever find a tick before it finds you—that is when it’s still hanging out on vegetation hoping you’ll brush past it—you may notice the little bloodsucker waving its “arms in the air like it just don’t care.” But ticks aren’t fans of 1980’s hip hop. They’re waving their arms because they are trying to get a whiff of you.

…a tick smells using a structure on its forelegs called the Haller’s organ. The Haller’s organ is described as a tiny “sensory pit” that can detect chemicals like carbon dioxide, ammonia, or pheromones. It can even sense humidity and infrared light, which includes body heat emitted by the warm, blood-filled creatures that the tick wants to find. READ MORE.