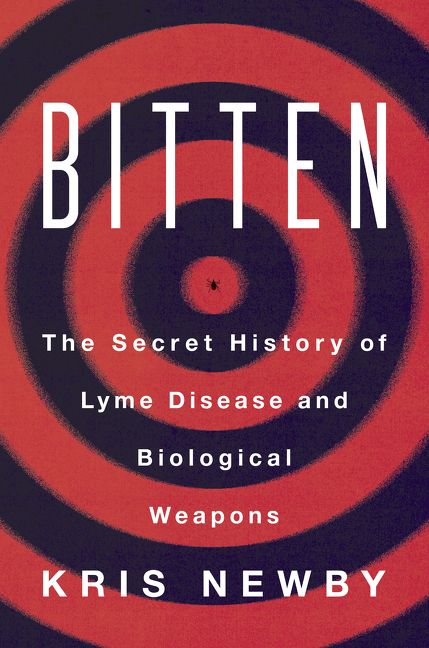 The mainstream “origin story” of Lyme disease in the United States goes like this: In the 1970s, a mysterious ailment afflicted a group of people in and around Lyme, Connecticut. Eventually, scientists determined it was caused by a spirochete transmitted by the bite of an Ixodes tick. A short course of antibiotics would resolve the issue. Mystery solved. Problem fixed.

Since then, that’s basically the script followed by health officials, researchers who receive government funding to study Lyme disease, and the medical establishment.

Unfortunately, says science journalist Kris Newby, “the chasm between what researchers say about Lyme disease and what the chronically ill patients say they are experiencing has remained an open wound for decades.”

And Newby knows what she’s talking about.

In 2002, while vacationing on Martha’s Vineyard in Massachusetts, she and her husband Paul were bitten by unseen ticks.

“These tick bites would rob us of our good health,” Newby writes, “and send me on an investigation into an almost unimaginable possibility: that we were collateral damage in a biological weapons race that had started during the Cold War.”

Upon their return to California, Newby and her husband got horribly sick. A succession of medical experts couldn’t pinpoint the problem and eventually dismissed them as patients.

This happened despite the fact that Newby had a positive Lyme test, which her doctors rejected as a “false” positive.

In time, she found her way to a physician who was familiar with tick-borne illnesses. This doctor diagnosed her with Lyme disease and babesiosis, both prevalent in ticks on Martha’s Vineyard. And Newby began years of treatment that slowly brought her back to health. 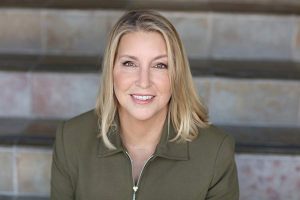 During her recovery, Newby started working with film director Andy Abrahams Wilson, of Open Eye Pictures. They jointly researched what became the award-winning Lyme documentary “Under Our Skin,” delving into the history of the Lyme disease controversy.

(For readers not familiar with the issue, here it is in a nutshell: Hundreds of thousands of people get sick every year in the US with Lyme and other tick-borne illnesses. But for complex reasons, patients have a devil of a time getting properly diagnosed and treated.

Newby’s case was typical. She saw 10 doctors before stepping out of the medical mainstream and paying out of pocket for a physician who could recognize what she had and knew how to treat it. A point of contention in the controversy is whether the illness can persist after the patient receives a short course of antibiotics. Government/medical establishment folks say no. The patient experience says yes.)

In the course of filming “Under Our Skin,” Newby and Wilson struggled to find a government expert on Lyme disease willing to be interviewed on camera. The CDC, the NIH, and others all declined.

“The politics of the disease were too charged,” she writes, “and the government researchers seemed to want to steer clear of the controversy.”

Then they met retired NIH researcher Willy Burgdorfer, the discoverer of the Lyme spirochete—Borrelia burgdorferi—for whom it is named. In contrast to others they had sought out, Burgdorfer seemed eager to talk.

“Willy told us that the US government knows that Lyme disease can become chronic and that patients can relapse years after an initial infection,” Newby writes. “And that the disease is particularly damaging to the neurological systems of children.”

Furthermore, Burgdorfer criticized the dozen or so researchers who have gotten most of the government funding for Lyme disease.

“The controversy in Lyme disease research is a shameful affair,” he said on camera. He stated that the work should instead be done by scientists “who don’t know beforehand the results of their research.”

Then, Newby writes: “As soon as we turned off the camera and began packing up our gear, Willy told us with a smile, ‘I didn’t tell you everything.’ But try as we might, we couldn’t get him to say more.”

“Under Our Skin” was released in 2008. Now, fast-forward to the present day and Newby’s new book “Bitten: The Secret History of Lyme Disease and Biological Weapons.”

In it, she describes her years’ long effort to understand who Burgdorfer was and to get to the bottom of what he hinted at that day.

Burgdorfer grew up in Basel, Switzerland, and became fascinated with ticks while a PhD student at the Swiss Tropical Institute.

At the end of his training, in 1951, he took a position at the US government’s Rocky Mountain Laboratory in Montana. It held the most extensive collection of ticks in the country.

At first, it appeared that the job involved figuring out how to protect people and animals from tick-borne diseases. However, Burgdorfer was apparently soon disabused of that notion.

During that Cold War era, the US government was heavily involved in bioweapons research. Scientists sought ways to turn infectious microbes—such as anthrax, plague, brucella, and tularemia—into potent military tools that could disable a huge population. (Perhaps the Russians?)

Newby writes about a particular meeting Burgdorfer attended in Canada: “After hearing from a roomful of entomological warfare experts…he now most certainly knew that he was no longer protecting humans from tiny eight-legged beasts. He was instead turning those beasts into lethal weapons.”

Burgdorfer spent time at Fort Detrick, Maryland, where one of the buildings was nicknamed the “Anthrax Hotel.” Another structure housed the “Eight Ball,” a massive cloud chamber used for testing airborne bioweapons on animals and human volunteers.

He brainstormed with entomologist James Oliver, who was working on a program to drop weaponized ticks out of airplanes. He traveled to England and Czechoslovakia, to meet with scientists doing similar work.

Burgdorfer also experimented with ways to infect ticks with more than one pathogen at a time.

Newby meticulously documents all this with massive archival research, discussions with many people knowledgeable about bioweapons research in the US, and another interview with Burgdorfer himself in 2013.

By then, advanced Parkinson’s disease was stealing his ability to speak clearly, and his health was failing. (In fact, he would die the following year.)

In this final interview, Burgdorfer confirmed that he had been working on tick-borne bioweapons research. And insinuated there had been an accidental release of some sort.

At this point in the book, the reader is itching to know: will he give specifics? Was the outbreak of sickness in and around Lyme, Connecticut, in the 70s connected to bioweapons research? Was there an accidental release of pathogens? Or a deliberate one?

Newby writes: “It was frustrating that he still wouldn’t disclose key details on the who, what, and where of the alleged bioweapons accident. He offered me more pieces of the puzzle, but for unknown reasons, he was holding back on the whole story.”

Even more puzzle pieces would emerge in the months before his death. It turns out Burgdorfer had a trove of Lyme-related research notes that he had never relinquished to government archivists. He instead wanted them preserved for posterity in a university library. (They are now available online at Utah Valley University.) More complexities would surface after Burgdorfer’s death, when his widow provided additional materials for the academic archive.

Newby went through these records with a fine-tooth comb. Most intriguing were Burgdorfer’s references to something he dubbed the “Swiss Agent.” Was this another pathogen? Could it be what makes Lyme disease so virulent? Why was it never mentioned in any of Burgdorfer’s journal articles? Why wouldn’t he talk about it?

The author does a stellar job of sifting through a huge collection of clues. But some answers remain tantalizingly out of reach. “If the outbreak was caused by a US accident, we need it exposed,” she writes. “If it was a hostile act by a foreign actor, then it shows how woefully unprepared we are for future attacks.”

The Lyme community cares passionately about the true origin story of this burgeoning epidemic. Indeed, the microbe has been around for eons. Lyme spirochetes have been found in ticks that were encased in amber 15 million years ago. Lyme DNA is in the bones of “The Iceman,” who lay frozen in the Alps for over 5000 years.

But did something happen in the last half of the 20th Century to ramp up this pathogen’s virulence? And/or, to make it spread more easily? Newby’s book certainly suggests that.

Burgdorfer died in 2014, leaving behind significant “dots” without connecting them all. The aforementioned James Oliver died in 2018, two years after giving a magazine interview about his bioweapons research at Fort Detrick. (He said one of his goals had been to figure out ways to distribute ticks to targeted geographic areas.) But like Burgdorfer, he stopped short of providing specifics.

Were these two men seeking to clear their consciences for the roles they played in bioweapons research? Their generation of scientists is dying off. Is anyone left who might offer clarity? Are there any still-classified documents that hold the secrets?

Newby’s book raises important questions that deserve answers. Chief among them: precisely what was done to weaponize Lyme disease—and why won’t the government come clean about it?

Lyme and other tick-borne pathogens are spreading throughout the world. In the US alone, the number of people suffering from Lyme disease is projected to hit 2 million in 2020.

Yet, for the last 40+ years, our government’s effort to solve the Lyme disease crisis has been lethargic at best. While the medical establishment minimizes their plight, patients have largely been left on their own to figure out (and pay for) Lyme-related medical care. Meanwhile, few research dollars have been devoted to finding more effective treatments.

“Bitten: The Secret History of Lyme Disease and Biological Weapons” is a wake-up call. It’s time to stop business as usual and prioritize the Lyme disease epidemic.

Helping those who currently suffer and protecting coming generations both depend on it.

What also depends on it: the ability to heal the “open wound” of how Lyme disease has been treated, untreated, and mistreated, for far too long.