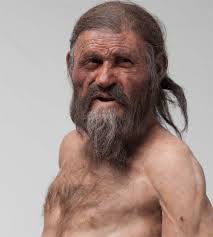 They call him Ötzi the Iceman. He lived and died 5300 years ago, in the Eastern Alps near the modern-day border of Austria and Italy. His frozen remains were discovered accidentally by German hikers in 1991.

Now, his mummified body rests at the South Tyrol Museum of Archaeology in Bolzano, Italy. And scientists from all over the world have been studying him, inside and out, learning amazing information about what life was like back then.

From looking at the well-preserved contents of his stomach, they know what he had for breakfast the day he died (ibex and wild grain). Via other tests, including DNA sequencing, they’ve also determined that Ötzi was lactose intolerant, had hardened arteries, probably had brown eyes—and apparently had Lyme disease.

Recently, I was lucky enough to “meet” Ötzi on his home turf. Well, actually, like other museum visitors, I could only peek at him through a tiny window of his refrigerated holding tank.

And pose next to an artist’s creation of what he may have looked like, back in the day. 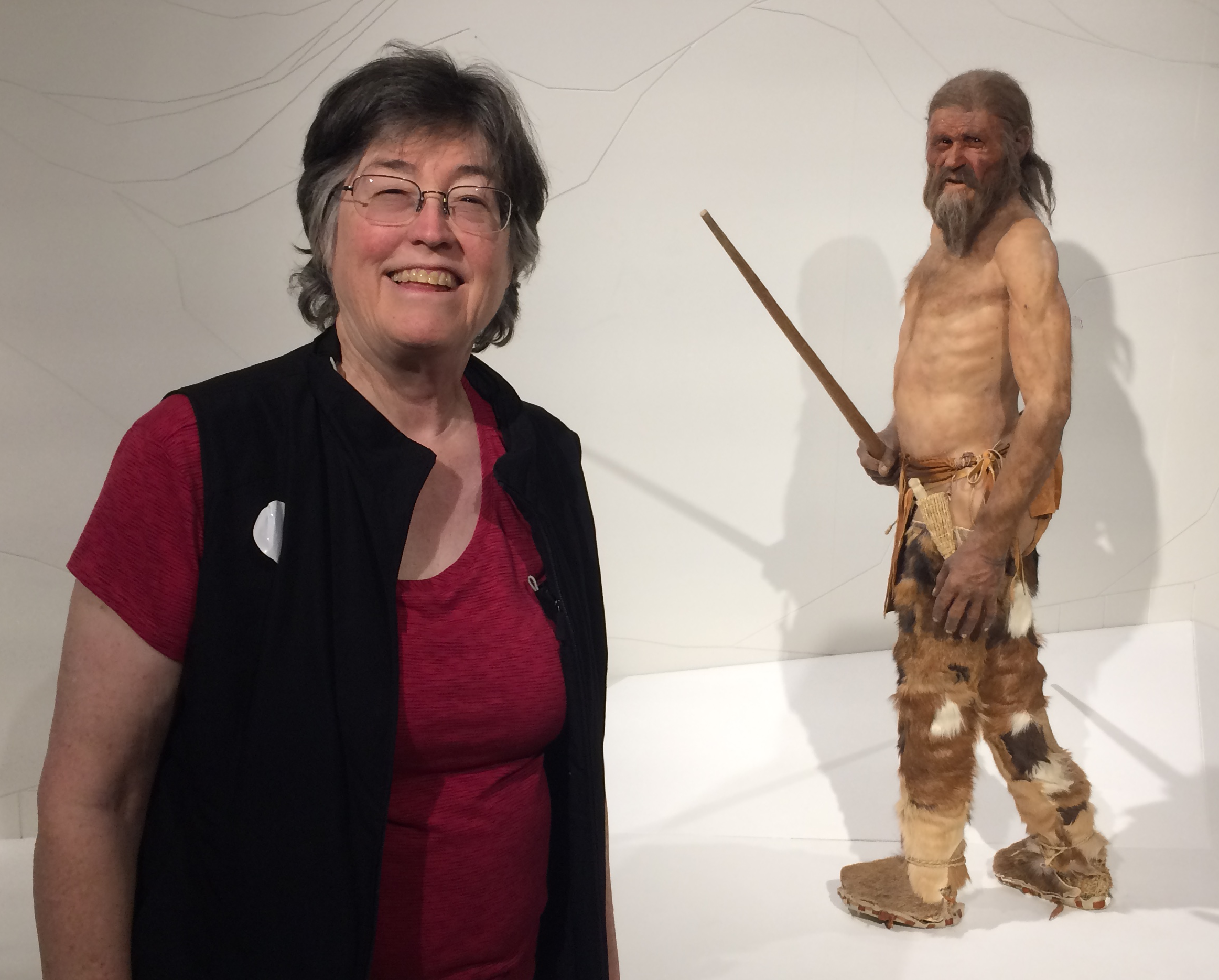 According to Nature magazine, researcher Albert Zink and his team analyzed a small specimen of Ötzi’s pelvic bone and found about two-thirds of the genome of Borrelia burgdorferi, the causative agent of Lyme disease.

The article states: “Zink found no other telltale signs of Lyme disease in Ötzi’s preserved tissues, but he speculates that tattoos on the iceman’s spine and ankles and behind his right knee could have been an attempt to treat the joint pain that occurs when the condition goes untreated.”

“A common symptom of systemic Lyme disease is joint and muscle pain. One of the earliest observations of Ötzi’s mummy is that he has a lot of tattoos specifically placed over joints and muscle groups in places where strain would be expected. These tattoos do not appear to be decorative or signs of inclusion in a community. Consensus appears to have formed early on that these tattoos were medicinal, probably for pain relief. Scans of the mummy do suggest some arthritis. With his lifestyle, an approximately 45-year-old man is expected to have some arthritis and pain. Both atherosclerosis, and evidence of joint pain and some arthritis can be explained by other means, but when taken together with the B. burgdorferi DNA make a compelling case that Lyme disease contributed to his overall state of health.” 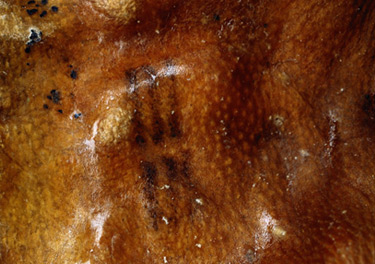 In all, Ötzi has 61 tattoos. Were they actually a form of acupuncture, intended to ease his aching joints? Unknown. If so, did they ever provide any symptomatic relief? Unknown.

We also don’t know how much longer Ötzi might have survived with whatever constellation of Lyme symptoms he may have endured. His life ended when somebody shot an arrow in his shoulder. His body would soon freeze solid, to be covered by ice and snow. And the rest is, well, history.

Ötzi continues to tantalize us with this window on the past. Are there still more secrets to be discovered?