Helping our child through Lyme disease shouldn’t be this hard 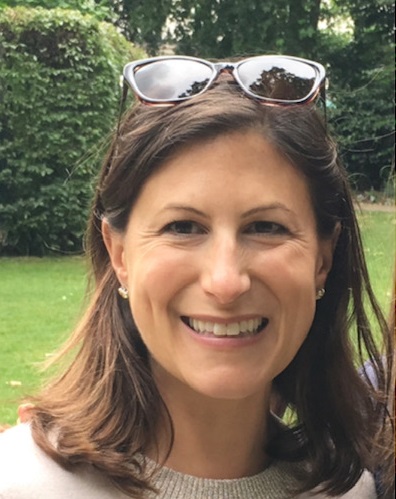 We don’t know when or where she was bitten by the tick, but we have an educated guess. What we know for sure is that it took months to get a diagnosis, doctors didn’t listen to us or to her, and all the while she kept getting sicker.

We spent that summer in Massachusetts, never seeing a tick on Lucy or any indication of a tick bite. We returned to California in September, completely unaware that our daughter had contracted Lyme along with two co-infections.

Then, in October, Lucy had what seemed like the flu — it was uneventful and short-lived. She also had some itchy bumps on her lower back that looked like bug bites. We investigated her room and her bed–and found nothing.

In December, she started complaining of being tired. We dismissed that as the culmination of a busy first term at school

By January 2019, Lucy was too tired to continue her weekly swim lessons.

By mid-February, Lucy’s exhaustion forced her to miss a week of school. She was not otherwise sick — no fever, cough, or congestion—and her appetite was normal. She was just completely wiped out and couldn’t get out of bed, so we went to see our pediatrician.

I recounted her earlier bouts of flu and fatigue and mentioned Lyme disease. However, the pediatrician dismissed that idea and instead blamed poor sleep quality, urging her to get to bed earlier.

In March, Lucy complained that she had trouble hearing in one ear. We brought her back to our pediatrician, where she scored very low on the hearing test. We made an appointment with an audiologist. After two exams, the audiologist told us in so many words that Lucy was making it up and suggested that there might be “something going on at home.” We felt we were dismissed quickly and rushed out the door.

Next came ringing in one of Lucy’s ears. We again went to see our pediatrician, and subsequently an ENT. After reviewing the audiology report and performing an exam, the ENT said that she didn’t see anything that would cause ringing in the ear, She told Lucy to keep a journal documenting the ear ringing, and report back in three months. I again asked about Lyme disease. She dismissed the idea.

“No Lyme in California”

By mid-April, with no improvement in any of Lucy’s symptoms, we asked our pediatrician for a Lyme test. She said it would have been nearly impossible for Lucy to contract Lyme disease in California (which is incorrect), plus we had never seen a bull’s-eye rash, nor did Lucy have joint pain. We persisted, reminding the doctor that we spend our summers on the East Coast. Finally, reluctantly, she agreed

When the blood test results came back, our pediatrician called us and said, “Great news, Lucy’s blood work looks fine and she doesn’t have Lyme disease.”

This did not seem right to us, but we believed the test results because we did not know at the time how inadequate that lab test is. The pediatrician concluded that mental health issues were causing Lucy’s physical symptoms, and that she should see a therapist.

On Mother’s Day, Lucy came down with a high fever and was overwhelmingly exhausted. We saw our pediatrician immediately. In a perfunctory visit, she tested for strep (which was negative) and concluded it was the flu. She told us to come back if Lucy’s fever didn’t break within a couple of days. When nothing changed, we went back to the doctor. This time, she tested for flu (which was negative) and ordered a chest x-ray. The x-ray showed that Lucy had pneumonia, and the pediatrician started her on an antibiotic.

After several days on the antibiotic, Lucy’s condition did not improve. At this point, frustrated with the lack of progress with our pediatrician, we visited a naturopathic doctor (naturopath) whom I had seen previously.

For those unfamiliar, naturopathic doctors take a different approach to diagnosis and treatment than MDs. Naturopaths complete at least four years of medical training. Their coursework includes rigorous instruction in pharmaceuticals, nutrition, psychology, herbal medicines, homeopathy, and a variety of alternative treatments. They use a broad arsenal to treat health issues, including advising on how lifestyle choices impact health. Put simply, they take a holistic approach. This turned out to be the right person to puzzle out what was ailing Lucy.

We recounted the entire story to the naturopath, and she asked Lucy many questions. She took copious notes and circled back and probed deeper into some of Lucy’s answers, asking follow-up questions that at the time seemed unrelated. She then said, “I think Lucy has Lyme disease and mycoplasma pneumonia. I’d also like to get her tested for babesiosis because I think she may have that, too.”

Many doctors over the course of several months had failed to arrive at this diagnosis. In fact, even when we suggested it, those doctors wouldn’t consider it as a possibility. Our naturopath raised the issue after a one-hour consultation.

The naturopath explained that the simple blood test ordered by the pediatrician is insufficient to diagnose Lyme disease. She also told us that the antibiotic our pediatrician had prescribed was not effective against mycoplasma pneumonia, which is why Lucy wasn’t improving.

She instructed us to get Lucy tested for Lyme disease and babesiosis through a laboratory that specializes in testing for tick-borne diseases. Lucy’s new lab results for Lyme disease were borderline, but Babesia bacteria showed up very clearly. In addition, a separate test through a different lab came back overwhelmingly positive for mycoplasma pneumoniae.

Ten months after the tick bite

Our naturopath prescribed various antibiotics, medications and herbal supplements, which helped Lucy clear her immune system relatively quickly. Doxycycline, atovaquone and azithromycin were the heavy hitters. Each one comes with its own set of instructions about when they can be taken and with which foods, plus the added hassle of doxycycline causing skin photosensitivity (and this was summertime).

The various supplements helped with vitamin deficiencies and immune boosting, as well as calming a nauseous stomach and sleeping better at night. Per our naturopath’s suggestion, we also checked in with a Lyme-literate MD, who confirmed her diagnosis and treatment plan.

After six months of treatment, Lucy’s health had substantially improved. She continues to do well.

Lucy is in a good place now, but only because we left our pediatrician and sought a second opinion. We were way outside of our comfort zone when we decided to consult the naturopath. But we knew that the various doctors we had seen over the few month period had somehow missed the full picture.

There are many reasons that doctors miss the diagnosis of Lyme disease. Some of them rely on supposedly “classic” symptoms of Lyme, such as a bull’s-eye rash and joint pain. Furthermore, the CDC-endorsed two-tier testing protocol for Lyme disease is highly unreliable. This is precisely why doctors need to listen to their patients and use common sense to evaluate symptoms.

Lyme disease is not going away. Far from it—it continues to spread. Much more research is needed about testing, symptoms, antibody production and treatment. It’s why further education and training is needed for doctors across the country.

In short, we need more doctors who know how to diagnose and treat Lyme and other tick-borne diseases. More doctors that know about different kinds of testing, and that some of the symptoms they think of as “classic” markers in fact don’t show up in most patients.  Above all, we need doctors who will take the time to listen to their patients, and do follow up research if necessary.

We felt all along that our doctors were in too much of a rush to get us out the door. Lucy’s symptoms did not neatly fit into their check list, so they dismissed our concern that she had Lyme disease. Instead, they fell back on a “mental health” diagnosis.

Jessica Egan lives in the San Francisco Bay Area. This guest blog was adapted from A Call for More Lyme-literate Doctors.