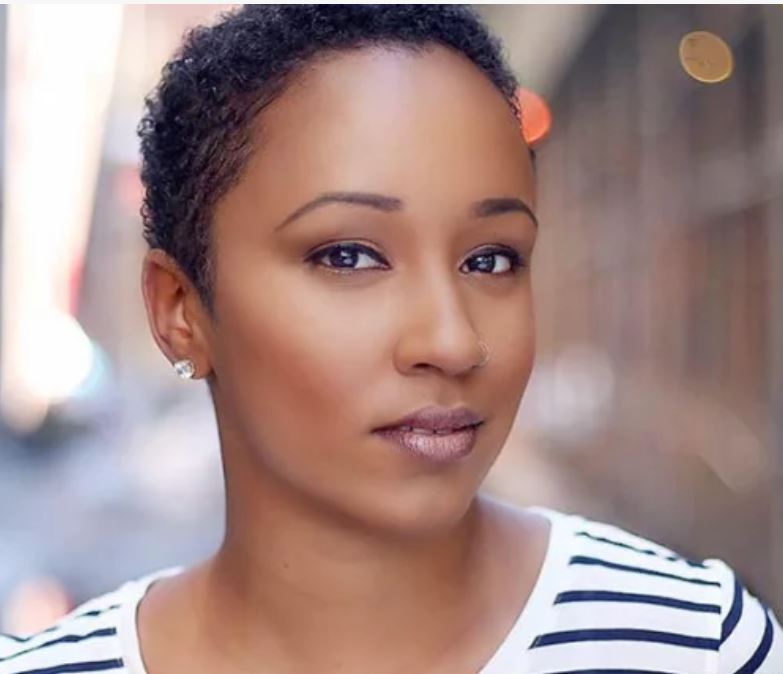 I was born in Brooklyn in 1990, to a Puerto Rican mom and an Irish and Spanish dad. I was raised in Staten Island. In 2007, my senior year of high school, I started getting GI issues that lasted for about a year.

In 2009, after a few weeks in Puerto Rico, I came back to New York City and one day I got super dizzy, with a pounding headache. That headache literally did not stop for 10 years.

I went to my primary doctor, multiple ENTs, multiple neurologists, physical therapy, had many tests in the hospital. No answers. They gave me different antidepressants—for a decade. When my symptoms didn’t go away, they increased the dose or changed the medication. If you are familiar with those drugs, you know changing them takes a while to kick in, which is not fun.

In March of 2019, I woke up in the morning to go to work. My neck felt stiff as a board and I could not move my head from side to side. It felt as if there was a metal rod from the base of my skull to my pelvis.

“Your labs are normal”

I made it to work but was in such bad shape that my supervisor called an ambulance. The hospital ran the usual blood tests and then told me: “Your labs are normal, you’re most likely in pain because you’re depressed.”

I was never examined, never asked any questions, nothing. That is basically how I’ve been treated by every medical professional I’ve ever seen. I have a drawer full of medications I’ve been prescribed over the last decade.

In July, my headaches and vertigo came back full blown. At this point, I was in between jobs, so I was also in between insurance coverage. So, I just started doubling up on my medication. I had to find some relief and be a normal functioning human being for my wedding that was coming up in August.

It must have worked. I enjoyed most of my time in Puerto Rico and my wedding, except for the fatigue that would kill me at night.

By the end of August, I was back in the states and walking down the street in NYC. Out of nowhere, I felt like I’d been hit by a truck. By the next day, I was feverish, shaking, having cold sweats and could barely lift my head. My aunt took me to the ER and my temperature was 103. They diagnosed me with pneumonia and kept me there overnight on an IV and oral medication.

What about Lyme disease?

Because I was still having headaches, in September, I saw a new doctor. When I described my symptoms to her, she asked, “Have you been tested for Lyme disease?” I responded, “The bug thing?” I knew nothing about it. She said she thought I had it and ordered blood work.

A couple days later I got a message from the doctor: “Your labs are normal, but you did test positive for Lyme disease. That most likely explains your headaches and muscle/joint pain. I am sending in doxycycline to your pharmacy. Take it for two weeks and then I will see you for a follow up.”

I took the antibiotics as instructed. When I was almost done with the pills, my vertigo was so bad I couldn’t walk straight. I had absolutely no idea what was going on. I went back to the doctor, who wanted me to see a neurologist because all of a sudden, I was cured of Lyme and the symptoms had to be something else.

The neurologist saw me for a few minutes and swore I was HIV positive. Such disrespect! I walked out and saw another neurologist who didn’t help either.

I went home, feeling defeated. Then, remembering that I was part of a Facebook support group for migraine sufferers, it popped into my head that there must be Lyme disease support groups, as well. That realization turned me in a new direction! I found a group and started learning as much as I could.

What I discovered about Lyme disease

I found out how Lyme is not believed to be chronic by the majority of physicians and that many believe Lyme doctors are quacks. They believe Lyme is hard to get and easy to treat. (Half the time when I tell a doctor I have Lyme disease, they say I don’t or ask if I was treated. Like sure, that two-week antibiotic cycle killed years of bacteria that took over my muscles, joints, brain, and gut.)

Then, after watching the Lyme documentary Under Our Skin, I started looking for a Lyme-literate medical doctor.

When I was finally evaluated by someone who knew what to look for, I found out I had Borrelia (Lyme), Babesia, Bartonella, Rocky Mountain spotted fever, mycoplasma, Ehrlichia, high levels of candida in my gut, Epstein-Barr, and schistosomiasis (parasitic flatworms).

Currently I am only detoxing and treating holistically and with diet, as my body cannot tolerate antibiotics at this point. I’m learning what these bacteria crave and trying to avoid those things.

It’s tough and I go through periods where I am super angry that it’s taken this long to get some relief. It’s a weird life to live but I’m doing it.

Rhisa Perera writes NegraConLyme, from which this blog is adapted.