TOUCHED BY LYME: Say what? California fifth in nation for Lyme insurance claims? 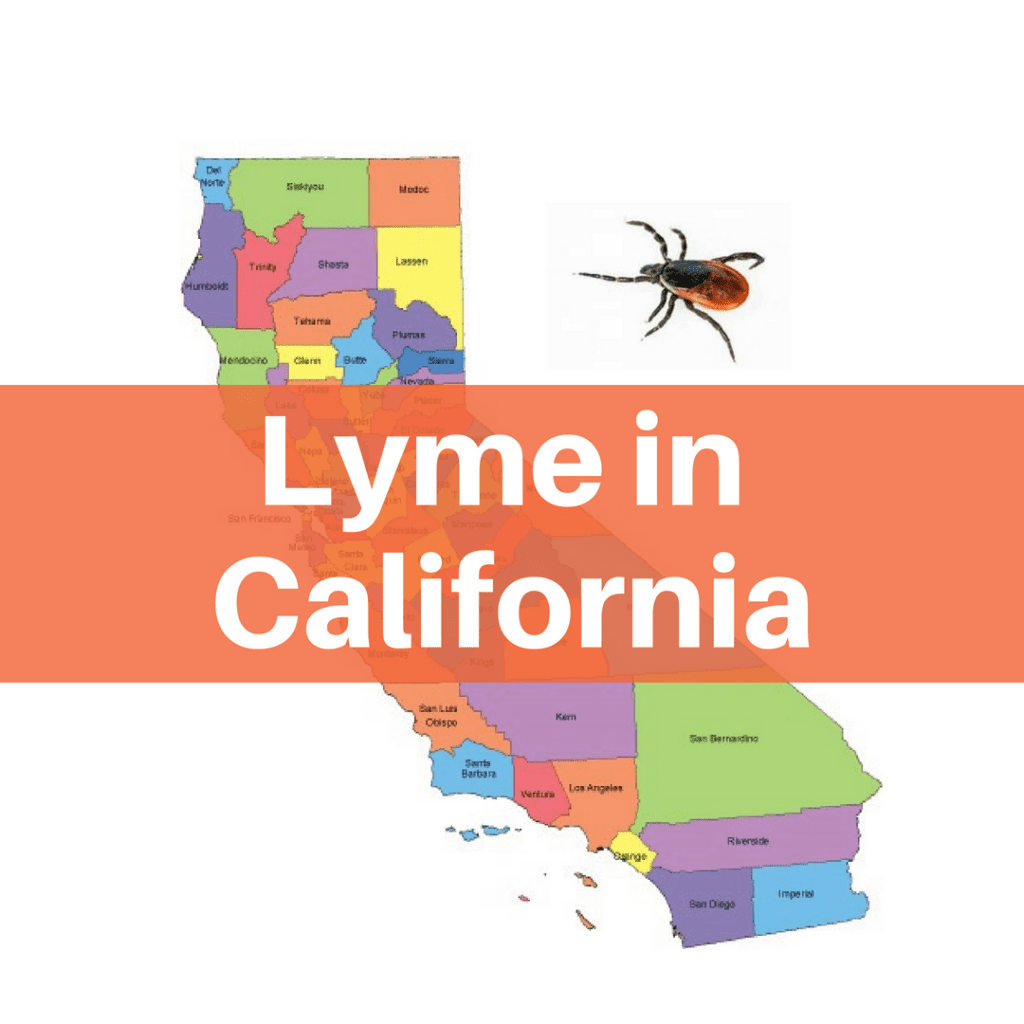 The CDC’s official count of approximately 30,000 Lyme disease cases per year in the United States has been a constant source of exasperation to the Lyme community.

The agency acknowledged some years back that its “estimate” of cases is 10 times that—300,000+ annually. But an estimate is all it’s ever been. “Reported” cases have remained in the 30,000 range.

Thus, for years, CDC has put out information saying that 95% of Lyme cases are located in just 14 states, sending the (inaccurate) message that the rest of the country is essentially Lyme-free. (See: Why doesn’t CDC count Lyme disease cases in the South and the West?)

Now, the Wall Street Journal has published an eye-popping article that tells a different story.

Take a look at this chart, provided to the newspaper by FAIR Health, a nonprofit organization that manages the nation’s largest database of privately billed health insurance claims. 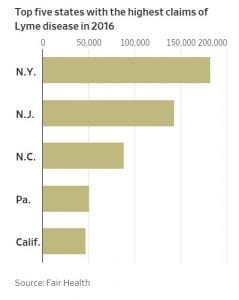 According to this, in 2016, California had the FIFTH highest number of Lyme-related insurance claims in the nation! Here’s how the WSJ described it:

It’s important to note that this data represents the number of “claim lines” reflecting services rendered to those with a Lyme diagnosis, not unique individuals with Lyme. This data captures every time a person with Lyme receives an insurance-covered service in connection with their Lyme diagnosis. So, if California’s case number of 90 was at all accurate, that would mean each patient saw their doctor or had another Lyme-related interaction 520 times that year. Highly doubtful!

We can’t know from this data how many individuals are involved. But for discussion sake, let’s say that each California Lyme patient represented here saw their doctor (or had other covered services) 10 times that year. That would translate into 4682 people. I suspect that number is closer to reality than the 90 case figure cited by state health officials and the CDC.

The FAIR Health numbers don’t account for those who are diagnosed and treated by Lyme-literate doctors—most of whom aren’t in the insurance system at all. Furthermore, how many people have Lyme but are misdiagnosed with something else? They are of course not reflected whatsoever.

As a Californian myself, I am extremely frustrated when the California Department of Public Health announces its pitifully low count of Lyme cases every year–which are then reflected on the CDC website.

I encourage you to read the entire Wall Street Journal article.

I hope this latest information will be included in the Tick-Borne Disease Working Group’s upcoming report to Congress. It’s one more example of how “off” the CDC Lyme statistics have been for years. The system is broken and needs to be fixed.