LYME SCI: On the road to better ways of testing for Lyme disease 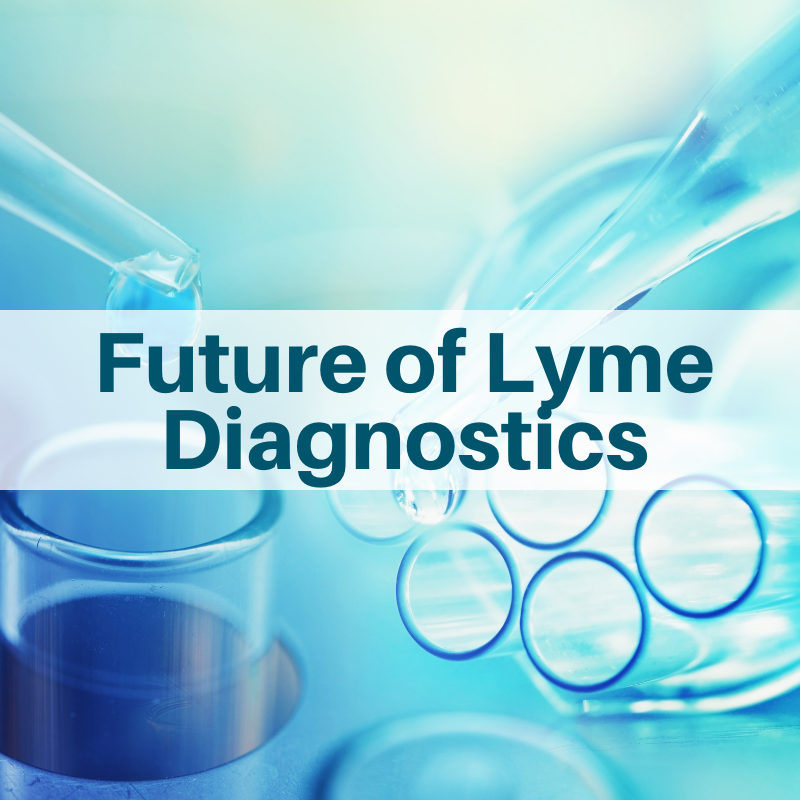 There are several existing tests for Lyme available to physicians. Some are better than others at detecting disease. But while these tests may help your doctor diagnose you, the Centers for Disease Control and Prevention (CDC) will only count Lyme cases that test positive by an FDA-cleared test and if the case meets the CDC surveillance guidelines. 1

Currently, the only Lyme tests the CDC recommends are blood tests that detect antibodies to B. burgdorferi. 2 Antibodies are produced by the immune system to help identify and destroy invading pathogens.

Too many false negatives

Unfortunately, even in disseminated infection, with the presence of neurologic symptoms or Lyme carditis, test results can be falsely negative. 3

The problem is that Borrelia has mechanisms to hide from and/or turn off the immune system. 4 Thus, many of these antibodies may take 4-6 weeks (or more) for the body to produce. This delayed or absent production of antibodies is why standard tests for Lyme are often falsely negative.

Further complicating the situation, Borrelia has the ability to shape-shift into different forms (spirochete, biofilm-like colonies, round body, and persister cells.) 5 Recent science has demonstrated that the body produces different inflammatory markers in response to these variant forms — something the current tests can’t detect. 6

And finally, most Lyme tests are designed to detect a single species of the bacteria found primarily in the upper eastern U.S. However, there are species of Lyme and Lyme-like causing Borrelia found in nearly every state.

“Since the late 1990s, the number of counties in the northeastern United States that are considered high-risk for Lyme disease has increased by more than 320%,” says Rebecca Eisen of the CDC. “The tick is now established in areas where it was absent 20 years ago.”

Where we are right now?

According to John Hertia, president of Bio-Rad, the BioPlex 2200 Lyme Total assay offers laboratories a faster way to detect Lyme disease. Unfortunately, the Bio-Rad only detects an average of 69% of early Lyme disease (infected less than three months).

I recently wrote about ZEUS’s FDA-cleared modified two-tier test (MTTT) recently endorsed by the CDC. This test was shown to detect 30% more early Lyme than the standard two-tier test (STTT) 7

Granted, both of these new FDA-cleared tests are better at detecting early Lyme than the existing STTT. But because these are antigen-detection tests, they will continue to miss around 25 out of every 100 Lyme patients, for reasons I stated above. 8

And last year I wrote about another private lab, IGeneX, that has developed two new immunoblot tests capable of detecting multiple species of Borrelia. The two tests are approved for use in all states.

As Dr. Jyotsna Shah, CEO of IGeneX explains, “With the increase of international travel, people may get infected in various parts of the US or abroad. Thus, it is important to have a test that can detect the infection no matter where it was acquired.”

In 2019, Enable Biosciences received an NIH grant for its “Antibody Detection by Agglutination-PCR.” This test is up to 10,000 times more sensitive than standard tests and will be better able to distinguish between Lyme and other tick-borne diseases. 9

“We are thrilled to be working on this collaborative project with two highly-acclaimed researchers, professors Monica Embers of Tulane University, and Brynn Levy,  of Columbia University,” said Enable Biosciences CEO Dr. David Seftel. “We anticipate that Enable’s tests will advance the treatment, clinical outcomes, and management of tick-borne diseases.”

In a newly published paper, researchers at Arizona State University have found several molecular signatures of Lyme disease that could lead to a highly accurate test for Lyme disease. 10

“This study represents a growing new paradigm for medical diagnostics,” Joshua LaBaer, one of the co-authors said. “Increasingly, we have realized that the old approach of measuring a single analyte as an indicator for all infected individuals does not work for many pathogens. Ironically, the old approach was partly established with another spirochete, Treponema pallidum (syphilis), where a single antibody was sufficient to identify most cases. But we now see that many pathogens are not so simple because different patients sometimes respond differently and require a multiplatform approach like this to find multiple markers. A single test would miss too many patients.”

Bioscience Development Inc.’s Dr. Steven Schutzer has developed a system that employs broad-range PCR and mass spectroscopy. This test uses Borrelia-directed primers, then probes for the bacteria on a PCR platform that looks for multiple markers of Borrelia. This is a direct test that detects the Borrelia burgdorferi DNA. So, it will not be susceptible to the same false-positive results and uncertainties associated with current FDA-approved indirect tests.

Schutzer, of Rutgers New Jersey Medical School, said: “These direct tests are needed because you can get Lyme disease more than once, features are often non-diagnostic and the current standard FDA-approved tests cannot distinguish an active, ongoing infection from a past cured one.”

I recently attended a conference where Dr. Charles Chiu,  of the University of California, San Francisco, spoke on precision testing for tick-borne diseases.

Dr. Chiu described a patient whose Lyme disease diagnosis was missed because his antibodies didn’t turn positive until after the CDC’s diagnostic 30-day cut off period.

He said the guidelines for the diagnosis of Lyme were set in the 1990s, before we had as much understanding of the bacteria and the host response. He said with the precision technology available today, like that used in the rapid detection of ZIKA virus, we should be able to design better tests for Lyme.

Chiu has contributed to developments in next-generation metagenomic sequencing technologies, which can detect Borrelia burgdorferi as well as other pathogens.

His “TickChip” directly detects the RNA of all tick-borne pathogens.  Chiu’s laboratory is also collaborating with Johns Hopkins University to develop a “global RNA-Seq transcriptome” that will determine a set of biomarkers that correlate with each stage of Lyme disease. 11

Just last month, a group from Columbia University published research on a new test that can diagnose Lyme disease in just 15 minutes. This test is also an antigen-based multiplex test.  It uses a format similar to tests which allow veterinary offices to obtain rapid results for tick-borne diseases. 12

“Our findings are the first to demonstrate that Lyme disease diagnosis can be carried out in a microfluidic format that can provide rapid quantitative results,” says Sam Sia, professor of biomedical engineering at Columbia. “It will help so many people if we can develop a single, rapid, multiplexed diagnostic test to identify Lyme disease stage that can be used in doctors’ offices.”

Researchers estimate that by the year 2020,  between 1-3 million Americans will be suffering the long-term effects of Lyme disease. 13  The country’s financial burden of these diseases is about $75 billion a year. You would think finding a precision diagnostic would be a high priority.

Of course, the above-mentioned tests need further verification.  However, I am extremely hopeful that better detection techniques for Lyme and other tick-borne diseases are within reach. 14

In the meantime, the CDC should clearly state the sensitivity of the two-tier test on its website. The FDA should also require that all tests for Lyme have a printed statement of the high risk of false-negative test results. Physicians and patients need to know that a negative test doesn’t necessarily rule out infection.