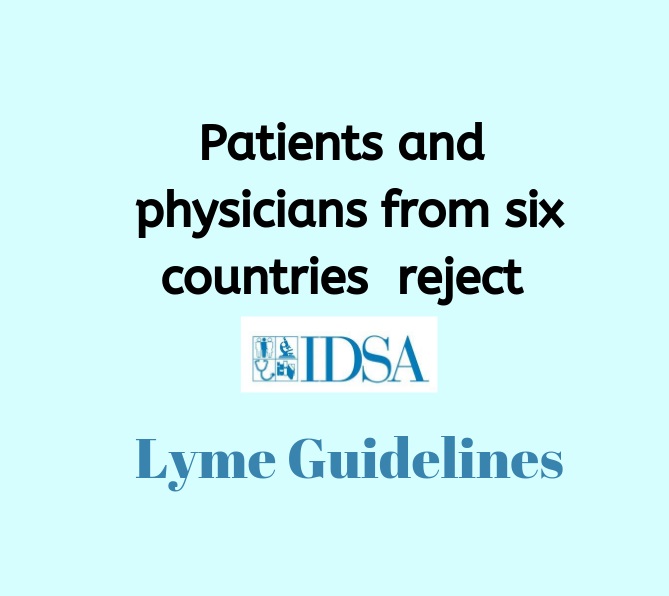 Lymevereniging, known in English as the Dutch Lyme Association, has endorsed the Ad Hoc Patient and Physician Coalition’s rebuttal to the IDSA’s Lyme treatment guidelines.

There are now 67 organizations in the coalition, representing six countries: the US, Canada, Australia, the UK, France and the Netherlands. (Update: 87 organizations, 11 countries, including Germany, Belgium, Latvia, Spain and Poland.)

This morning, we received the following message from Lymevereniging:

Our compliments for the good rebuttal to the IDSA Guideline.

The Dutch association for Lyme patients would like to be listed as an endorser of your comments on the IDSA guideline.

It is deeply sad that we have been fighting for years against a rigid diagnosis and treatment policy with unrealistic criteria and recommendations. As a result, too many patients remain undiagnosed and become chronically ill.

In the Netherlands, a consensus guideline was reached in 2013, after five years of discussion with the patient association.

With exactly the same scientific evidence, we had reached a consensus guideline which said that an active infection can be one of the possible causes of chronic subjective complaints that needs antibiotic treatment and that a test can be false-negative after 8 weeks and if there is a reasonable suspicion of Lyme but a negative test after 8 weeks, possible or probably, a doctor can give antibiotics and now we have a rigid guideline.

At the end of the process, patients and their interests were pushed aside. A procedural incorrect process took place. It was political that this guideline was blocked, not science. I was one of the patient representatives in the panel.

Some improvements in the guideline have remained: The lumbar puncture as diagnostic evidence is no longer mandatory for all forms of neuroborreliosis. Lyme encephalopathy as occurring in Lyme disease is mentioned in the guideline, as are the various hypotheses about pathogenesis, including a persistent infection. Chapters of psychiatric manifestations and ocular and internal manifestations have been added to the guideline.

The Post Lyme Syndrome is no longer included in the guideline. They call it chronic Lyme-related complaints.

The various treatment studies have been properly and critically examined. The guideline points to the methodological deficiencies of the Klempner study.

There is a reasonable chapter Lyme and labor that mentions the problems that Lyme patients encounter in the inspections regarding disability. But the most important improvements were blocked so we did not endorse the guideline.

Good luck with your fight, hopefully someday the gross injustice to Lyme Patients will come to an end.

Miranka Mud, Board member of the Dutch Lyme Association

The deadline for submitting comments to the IDSA is September 9.