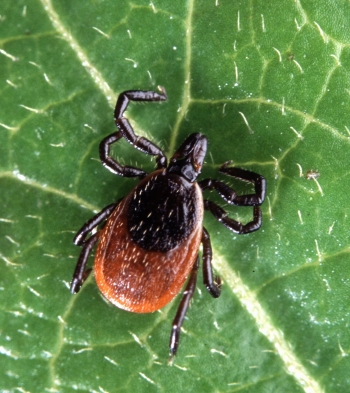 When researchers examined the mitochondrial DNA of Ötzi, a man entombed in ice high in the Tyrolean Alps some 5,300 years ago, they made a startling discovery. Secreted within the tangles of the ice man’s genetic code was evidence he’d been infected with a bacterial pathogen, Borrelia burgdorferi. Ötzi is the first known case of Lyme disease.

Today, Lyme disease is a mounting health concern, with estimates of over 300,000 cases in the U.S. annually. The illness, which produces a constellation of symptoms, has been notoriously tricky to diagnose.

In new research, Joshua LaBaer, executive director of the Biodesign Institute at Arizona State University, and his colleagues describe an early detection method for pinpointing molecular signatures of the disease with high accuracy.

Effective treatments for infectious disease usually require early identification of the suspected pathogen or a diagnostic signal of its presence in fluids or tissues, known as a biomarker. This goal, however, has proven elusive in the case of Lyme disease. Existing methods for diagnosis are imprecise and often require days or weeks for test results.

The new technique, which uses a multiplatform approach to isolate candidate biomarkers for B. burgdorferi, may be applicable to a broad range of infectious diseases. The study uncovers six potential biomarkers that may be used in combination to make an accurate and early identification of Lyme disease.

The research was conducted in an animal model of the disease and will require final validation in humans. However, the study results suggest the method may offer a powerful new approach to identifying this enigmatic illness, as well as other diagnostically challenging infectious diseases.

“This study represents a growing new paradigm for medical diagnostics,” LaBaer said. “Increasingly, we have realized that the old approach of measuring a single analyte as an indicator for all infected individuals does not work for many pathogens.

“Ironically, the old approach was partly established with another spirochete, Treponema pallidum (syphilis), where a single antibody was sufficient to identify most cases. But we now see that many pathogens are not so simple because different patients sometimes respond differently and require a multiplatform approach like this to find multiple markers. A single test would miss too many patients.”

The research recently appeared in the journal Frontiers in Cellular and Infection Microbiology.