TOUCHED BY LYME: IDSA guidelines deny Lyme diagnosis to most of the USA 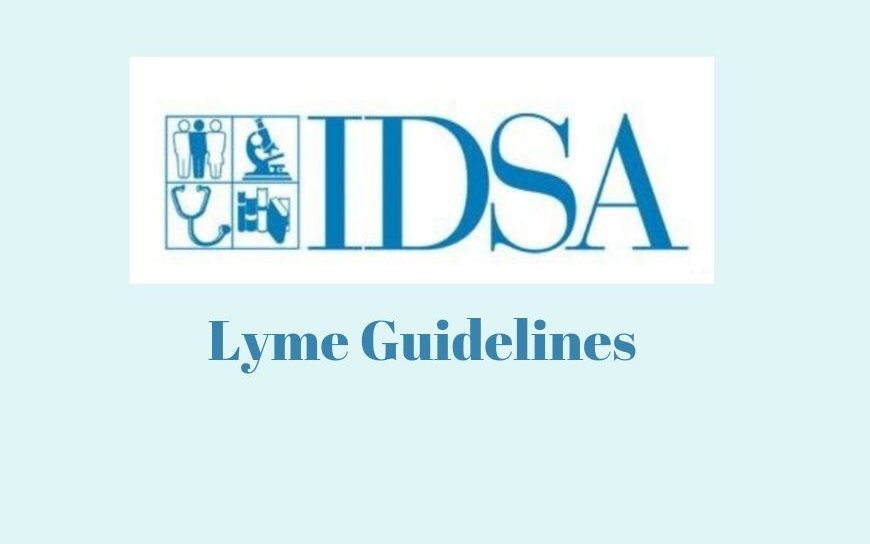 Question: why does an organization that is supposedly set up to cure sick people—the Infectious Diseases Society of America—spend so much time and effort to deny access to proper medical care to people unfortunate enough to contract Lyme disease?

For example, the latest version of the IDSA’s Lyme treatment guidelines basically says this: Unless you manifest an erythema migrans rash AND live in one of a handful of states that have been determined to be “endemic” for the tick-borne illness, you are SOL.

Even if you have a known tick bite, a bull’s-eye rash and a lot of other symptoms associated with Lyme disease…

you shall not be diagnosed with Lyme.

Do not pass go, do not collect antibiotics, and do not let the door hit you on the way out.

Yet, even if you are in one of the “lucky” endemic states and thus can get diagnosed, your prospects aren’t much better.

The guidelines allow you only a short course of antibiotics, offer no re-treatment options if you remain symptomatic, and make no allowance for clinical judgement on the part of individual doctors. (Doesn’t the IDSA even trust its own members?)

Why does all this matter so much? Because although the IDSA claims these are just “recommendations,” in fact, its guidelines are often viewed as mandates by physicians, state health officials, medical boards, insurance companies, and the courts. The 2006 IDSA Lyme guidelines have been used to deny treatment, insurance coverage, and medical licenses for years.

They’ve even been adopted by health departments in other countries, making it hard for people with Lyme to get diagnosed in those places, too.

Bottom line: these guidelines will have a devastating impact throughout the world. By making it so difficult for people to get diagnosed in the early acute phase of the disease—when the chance of successful treatment is so much greater—the IDSA condemns huge numbers of people to lifelong health problems.

And, if you think the guidelines offer any help for diagnosing late Lyme disease? Fuggedabout it!

The IDSA has no use for “non-specific” symptoms of Lyme—such as fatigue, pain or cognitive impairment—which are the kind of symptoms folks with late Lyme tend to have. The guidelines simply disregard them.

In June, the IDSA published a draft of its proposed guidelines and supporting documents on its website and invited public feedback by August 10. Regrettably, the organization “protected” the content, making it impossible to download, copy or search almost 300 pages of material.

Patients and even journalists noted that it was difficult to study the document and asked the IDSA to make it more accessible to readers. At first, the organization refused. Finally, the day before the advertised deadline, the group relented. The IDSA made the document downloadable and extended the comment period until Sept. 9.

Over the past two months, Lorraine Johnson , CEO of LymeDisease.org, and Dr. Betty Maloney, of the International Lyme and Associated Diseases Society (ILADS), have analyzed the IDSA guidelines and prepared a 58-page rebuttal.

Their comments have been endorsed by more than 30 patient advocacy groups, including the national Lyme Disease Association and the Bay Area Lyme Foundation. (August 28 update: 64 groups from 5 countries have signed on.)

Together, the groups formed the “Ad Hoc Patient and Physician Coalition,” and submitted their objections to the IDSA on August 8. (Before we knew the deadline would be extended.)

See the Lyme patient organizations that have signed on to these comments. 64 endorsing groups from 5 countries

If your Lyme advocacy/support group would like to be listed as an endorser of our comments, please send an email to me, dleland@lymedisease.org, with contact information for your group.