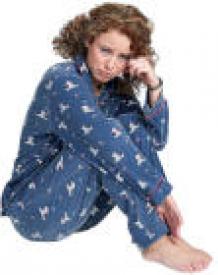 The concluding portion of the series, Dr. Jon Sterngold discusses how the IDSA guidelines impede the treatment of Lyme disease.

From the Willits News:

It is difficult enough for someone suffering debilitating symptoms due to late-stage Lyme disease to get well with the judicious, but adequate, use of long-term antibiotics. Almost no one gets better without these.

To deny patients access this care is a travesty. But this happens all the time and patients often travel hundreds to thousands of miles to see one of the small numbers of Lyme experts in this country.

How can that be?

Doctors are taught to practice medicine that conforms to “guidelines,” thought to be consistent with the best approaches to disease based on what is known about the disease and effects of treatment. These guidelines are usually produced by the professional and academic organizations that represent specialty knowledge in medicine.

Guidelines for evaluation and treatment of Lyme disease are issued by the Infectious Disease Society of America, or IDSA.

The guidelines have been created by a small number of ‘experts’ in the IDSA, and there are a few punch lines to their conclusions. One is that the disease is hard to catch and easy to treat. Another is that anyone with Lyme disease who has persistent symptoms after a several-week course of treatment with antibiotics no longer has Lyme disease and should not be treated with more antibiotics since this just increases risk of untoward side effects and produces no clinical improvement.

They conclude many sufferers of neurologic and psychological symptoms from late-stage Lyme disease are simply deluded or depressed and should be referred for psychiatric evaluation.

Because the IDSA guidelines have been embraced by medical boards in most states, physicians risk losing their license to practice if they do not follow the guidelines. This is the primary reason why effective care is limited. The few physicians who have braved threats to their licenses and actually taken on the challenge of getting Lyme sufferers well have found most patients can be helped, if not made well, by the careful use of long-term antibiotics. Many have found it often takes one to three years of antibiotics for these patients to turn the corner.

It is now understood why that is, but this has not yet changed the position of the IDSA guideline creators. We also know the same folks who issue these guidelines have huge conflicts of interests in this realm. One has ownership of the Lyme bacterial DNA, several have financial relationships with insurance companies that do not want to foot the bill for this expensive care, one or more have a stake in a new Lyme vaccine, and all of them have professional and economic liability if and when proven wrong.

It is the experience of scores of physicians treating many tens of thousands of Lyme sufferers over the last 25 years that they are, indeed, dead wrong. There is an increasingly massive pile of literature that supports the science and clinical management of late Lyme, flying in the face of the “guidelines.” And in the past year, the IDSA has been legally challenged by the Connecticut Attorney General for creating guidelines in a manner both ethically and scientifically flawed.

This affords some hope for the future.

Another pressing reason why most doctors do not want to treat late Lyme disease is that it is a phenomenally difficult thing to do. Testing is deeply flawed and expensive. Response to treatment is slow and peppered with setbacks. Treatment is expensive and patients often suffer horrendous debilitating symptoms. As a prior ER doctor who liked to sew up wounds and send repaired folks home, I know it would take a very special demeanor to rise to this challenge.

I don’t think I’d want to manage a case as complicated as my own.

In these articles, I’ve shared a minuscule and space-limited fraction of what I learned during the past three and one-half years of living with late Lyme disease, as a patient and as a physician. There is so much more.

ABOUT THE AUTHOR: Jon Sterngold is a Willits, CA, resident and physician.

Read part one of the series here.