NEWS: Part 2 of California doctor writing about own Lyme case; how the bacterium hides from the immune system 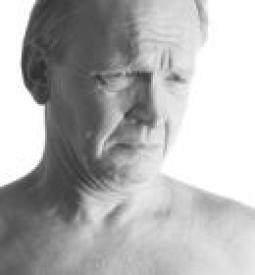 In part two of a series in the Willits (CA) News, physician Jon Sterngold discusses why the disease can be so difficult to eradicate.

Living with Lyme: Bacterium can ‘cloak’ itself

By Dr. Jon Sterngold/Special for The Willits News

The bacterial cause of Lyme disease is called Borrelia burgdorferi, named after researcher Willy Burgdorfer, Ph.D, who first identified the germ in 1982.

The spirochete, a corkscrew-shaped bacterium, is unique in the known bacterial realm because of the quantity of DNA it carries that enables it to evade detection and attack the human immune system. It can change its outer protein coat, cloaking itself from immune detection. It also can completely change form, becoming a treatment-resistant cyst, or shed its outer coat to enter our own cells to set up shop.

The success of antibiotic therapy generally depends on the activity level of a bacterium; how fast it grows and how often it reproduces. Most common bacterial diseases we encounter in medicine are from bugs that reproduce in less than 24 hours. When antibiotics “hit” the reproductive or active metabolic machinery of these germs, they die. This is why when we treat common illnesses such as pneumonia or urinary infections, people usually get better in a few days.

The Lyme bacterium, however, has a reproduction cycle as short as a day but as long as about nine months. During a phase of prolonged inactivity, it is very hard to kill. This is one of the reasons an established Lyme infection can be hard to eliminate. It also is thought and there is real data to support this that the Lyme bacterium eventually takes up residence with other co-infecting bacteria, in what is called a biofilm community.

On a microscopic level, the bacteria clump together in a gel-like secretion where they are insulated from our immune system and circulating antibiotics or antibodies. This is their bunker, from which they can wreak havoc by releasing the neurotoxic products of their metabolic life.

It’s an evolutionary match: they thrive in a body they modify to suit their needs. They can suppress our immune systems and alter other vital processes, making us ill, helping them thrive. They don’t tend to kill us, though they sometimes do. It’s a parasitic existence.

In addition to symptoms that stem from inflammation of the brain, nerves, heart, blood vessels, joints, and connective tissue which the Lyme bacteria cause through multiple mechanisms we also know the disease can induce another class of illness called autoimmune disease. Maladies such lupus, multiple sclerosis and Lou Gehrig’s disease (ALS) can actually be caused by Lyme disease. These diseases are not considered to be curable, but there are many cases in which the autoimmune disease resolves completely when the Lyme disease has been treated always with long-term, high-dose antibiotics.

Tests to determine whether someone has Lyme disease are problematic. The common tests measure levels of antibodies we produce that are specific to the Lyme bacteria. But, if the bacteria can hide, change form, immunologically “cloak” itself, and suppress our ability to make antibodies, a person quite ill with Lyme can have totally negative tests. What commonly occurs is that after a year or so of antibiotic use which can render some of the bacteria into fragments the immune system can recognize the tests turn positive. The dilemma is that when someone is looking for a diagnosis, an answer to profound suffering, a physician who relies on initial test results may call it wrong, and the patient will have no answer and no effective treatment. This is part of what defines the difference between “Lyme-literate” MDs, who understand the problems with testing and treatment challenges, verses nonLyme-literate physicians who, for some very compelling reasons, can’t or won’t manage this disease. The range and depth of this problem is immense, and will be discussed in the next article.

ABOUT THE AUTHOR: Jon Sterngold is a Willits resident and physician.

To read part one of the series, click here.

To read part three of the series, click here.