Sequel to Under Our Skin is essential viewing 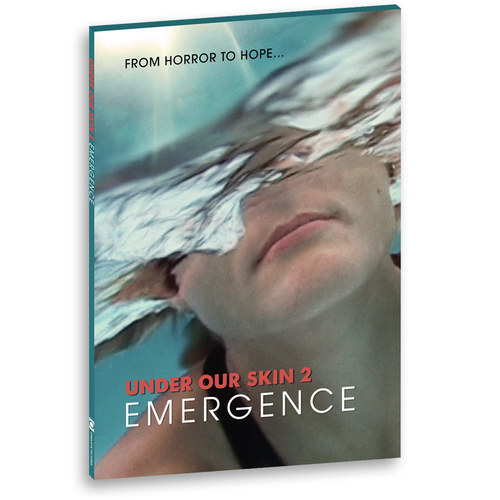 Review of Under Our Skin 2: Emergence.

It would be hard to overstate how important the documentary Under Our Skin has been to the Lyme community. When released in 2008, it galvanized Lyme patients to take action in a way nothing had before.

Community screenings of Under Our Skin sprang up in hundreds of theaters, social halls and living rooms around the country, often garnering coverage from media outlets big and small. The film was a highly effective tool for teaching the public about Lyme disease.

It also offered an opportunity for people with undiagnosed Lyme to recognize themselves in its stories. For instance, musician Kathleen Hanna, featured in the movie The Punk Singer, said she suffered for years with Lyme without knowing what she had. Seeing Under Our Skin led her to a proper diagnosis and eventual Lyme treatment. Many others have had a similar experience.

Eventually, Under Our Skin was shown on national TV, even though the IDSA and its apologists tried to prevent PBS stations from playing it.

Many in the Lyme community have seen Under Our Skin more than once (at least 10x for me) at both private and public showings. We feel personally acquainted with the patients portrayed: former park ranger Jordan Fisher Smith, rock-and-roll event promoter Dana Walsh, new bride Mandy Hughes and several others. We also feel connected to the two doctors under fire, Dr. Charles Ray Jones and Dr. Joseph Jemsek, as well as Alzheimer’s researcher Dr. Alan MacDonald.

Fast forward six years. The much-awaited sequel, Under Our Skin 2: Emergence, has been released. It updates us about what has transpired on the broader Lyme disease issues and tells us how the individuals we met in Part 1 are doing today. (How heartening to see that most have improved vastly in terms of their health and moved on with their lives!)

The physicians are a different story. Drs. Jones and Jemsek, hounded by their respective medical boards, are still in there slugging, but the financial and emotional tolls on both have been staggering. Furthermore, Dr. MacDonald’s life has taken several astonishing turns since the filming of Part 1.

Among the new voices in Under Our Skin 2 is my colleague Lorraine Johnson, Executive Director of LymeDisease.org. She cogently lays out conflicts of interest and other policy issues that continue to impede progress in the Lyme arena.

Part 2 also deals more with international aspects of the disease, interviewing experts from Australia, Canada, Germany and Norway, among others.

One of the most thrilling aspects of the film for me was seeing footage of Lyme protests from different cities around the world: Washington DC, Strasbourg, Berlin, Victoria BC, Oslo, Brussels, Sydney, London and San Francisco. (We see Jordan Fisher Smith, now considered an international spokesperson for Lyme disease, at two of them–Oslo and San Francisco.)

Those protests—which gave encouragement to so many and helped raise global awareness of Lyme disease—might never have come about without the spark towards action provided by the original Under Our Skin. So the process comes full circle.

If you haven’t seen the first film, I recommend you do so immediately. And then follow it up with Part 2 as soon as possible. Watching these two documentaries is the simplest way to get up to speed on one of the most critical health care issues facing America today. Information is power–and we won’t fix this Lyme problem without it.