TOUCHED BY LYME: Ukulele brings joy and healing, even when bedridden 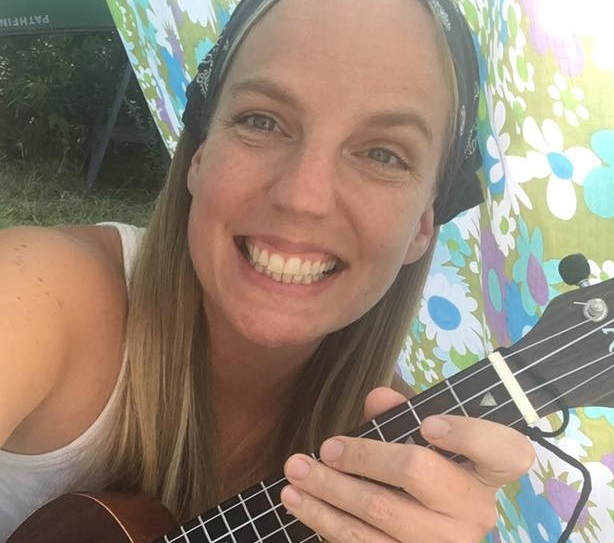 They were living in North Carolina at the time and had experienced multiple tick bites shortly before falling ill. Both were diagnosed with neurological Lyme disease and began treatment.

Blessedly, her daughter got substantially better after five months of antibiotics, dietary changes, and supplements. Rebecca reports that the girl is still healthy today.

Unfortunately, even after a year of treatment, Rebecca remained largely bedridden. Her long list of serious symptoms included periodic seizures.

In search of more effective treatments, she chose to switch from antibiotics to herbal protocols. She even began studying herbalism. By 2015, she says, she’d made some significant physical improvements by using herbs.

But she was still not well.

At this point, she began exploring the realm of emotional health, energy healing, Reiki, and other modalities. During this process, she realized how much she missed playing music.

“Listening to music can be enjoyable, but it is an entirely different experience to make music yourself,” says Rebecca.

For years before getting sick, she had played guitar and banjo. “But those instruments are hard to play when you’re in bed,” she notes.

Which is why she took up the ukulele. And she says that’s when she really started to heal. Soon, she found she could leave her bed and other aspects of “being sick” behind her. She embarked on a new project–sharing the ukulele with others in need of healing.

She finds the ukulele to be uniquely suited to people who want to make music, but are challenged by weakness, fatigue and other debilitating symptoms.

For starters, she says, the instrument is small and easy to use, even while bedridden. “Even if you don’t know how to play, you can make beautiful sounds by strumming it—or just plucking one string.”

“When you’re making music…that’s when the magic happens.”

To share her love of ukulele with others, Rebecca offers free Ukulele for Healing lessons via Facebook live.

She also has a YouTube channel. Check out the following videos: