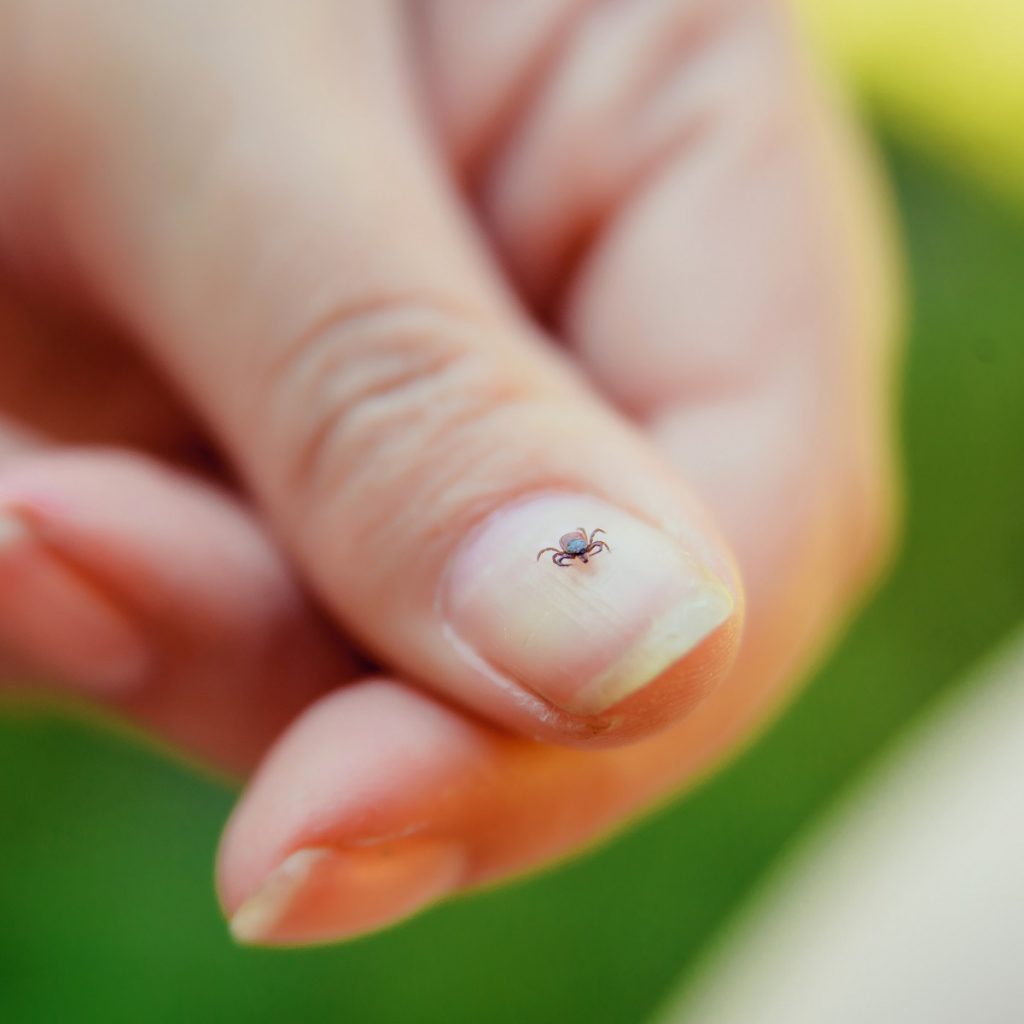 Ecosystems suitable for harboring the ticks that carry debilitating Lyme disease could be more widespread than previously thought in California, Oregon and Washington.

That is among the findings of a recent analysis conducted by the Translational Genomics Research Institute (TGen), an affiliate of City of Hope.

Bolstering the research were the efforts of an army of “citizen scientists” who collected and submitted 18,881 ticks over nearly three years through the Free Tick Testing Program created by the Bay Area Lyme Foundation, which funded the research, producing a wealth of data for scientists to analyze.

This immense sample collection represented a multi-fold increase in the number of ticks that could be gathered by professional biologists conducting field surveys in far less time and at a fraction of the cost.

This kind of citizen participation — which in the future could include smart-phone apps and photography — could become “a powerful tool” for tracking other animal- and insect-borne infectious diseases important for monitoring human and environmental health, according to study results published in the scientific journal PLOS ONE.

This study expands on previous work in California and is the first study to produce high resolution distributions of both actual and potential tick habitat in Oregon and Washington.

“This study is a great example of how citizen scientists can help — whether tracking climate change, fires, habitat changes or species distribution shifts — at a much finer scale than ever before,” said Tanner Porter, Ph.D., a TGen Research Associate and lead author of the study.

Specifically, Dr. Porter said the findings of this study could help raise awareness among physicians across the West, and throughout the nation, that tick-borne diseases are possible throughout a wider expanse than ever thought before.

Lyme disease is caused by a bacteria, Borrelia burgdorferi (sensu lato), which is carried by ticks, and in this study specifically, the western black-legged tick known as Ixodes pacificus. These ticks also carry pathogens associated with relapsing fever and anaplasmosis, which like Lyme disease can cause fever, headache, chills and muscle aches. Some patients with Lyme disease may experience a rash that may look like a red oval or bull’s-eye.

If not treated promptly, Lyme disease can progress to a debilitating stage, becoming difficult and sometimes impossible to cure. This may include inflammation of the heart and brain.

Lyme disease is the most common tick-borne illness in the U.S., annually causing an estimated 500,000 infections, according to the CDC. However, even the most commonly-used diagnostic test for Lyme disease misses up to 70% of early-stage cases. There is no treatment that works for all patients.

“We hope this study data encourages residents of California, Oregon and Washington to take precautions against ticks in the outdoors, and helps to ensure that local healthcare professionals will consider diagnoses of Lyme when patients present with symptoms,” said Linda Giampa, Executive Director of the Bay Area Lyme Foundation.

Citizen scientists were encouraged to mail in ticks collected off individuals’ bodies, pets and clothing. They noted the time and place where the ticks were discovered, and described activities involved, the surrounding environment, and in many cases specific GPS coordinates.