TOUCHED BY LYME: Songwriter no longer “Paralyzed” by Lyme 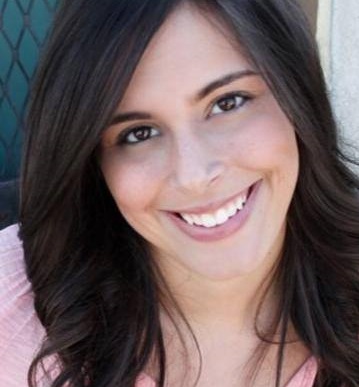 When Marina Morgan was 13 years old, she developed an auto immune disease called acute disseminated encephalomyelitis (ADEM). According to the National Institutes of Health, ADEM is characterized by a brief but widespread attack of inflammation in the brain and spinal cord that damages myelin – the protective covering of nerve fibers.

The condition put Marina in a wheelchair, and she spent months in a children’s hospital, relearning how to walk and use her arms. Once past that episode, however, all seemed well for the next 10 years. She even became a runner—healthy, energetic and full of life.

Then, last year, at age 23, a new constellation of weird symptoms descended on her body. Esophageal spasms made it almost impossible for her to swallow food and keep it swallowed. Muscle weakness in her legs and arms made it difficult to walk and maintain her balance. She lost the vision in one eye.

Her doctors didn’t think it was a return of ADEM, but they didn’t know what was causing this cascade of troubles. Many specialists tested her for many things. Nothing.

“For a while, I thought I might be going crazy,” Marina recalls. “People would make me feel like I was over reacting and making it more than it really was.  But I knew there was something seriously wrong.”

After almost a year of no answers, somebody finally decided to evaluate Marina for Lyme disease. Bingo. She started treatment last May. After three months of IV antibiotics, Marina says, the vision in her right eye has returned. However, due to lingering problems with depth perception, she still can’t drive a car.

Other issues are improving as well, though Marina says progress is slow.

She has written a song based on her experiences and posted it on YouTube. It’s called “Paralyzed.”

“I hope this song sends the message that no matter what kind of obstacle you are facing in your life whether it is illness or personal crisis, just know that you are strong enough to beat it. You don’t have to be paralyzed, ” she says.

“I hope this song will inspire people who suffer with this disease to fight and see that there is a light at the end of the tunnel.”

“Paralyzed” is also available on iTunes, Amazon, and Spotify.