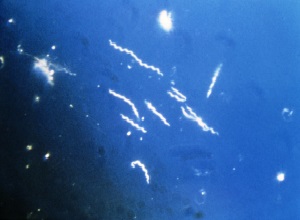 The following abstract is from the Journal of Clinical Research & Bioethics, online first October 24, 2016

by Neha Jariwala, Erum Ilyas and Herbert B Allen

“Primum non nocere” (first do no harm) is a medical dictum based in antiquity. Yet, in nearly everything related to Lyme disease, it seems almost entirely disregarded. How ethical is it that we follow the guidelines of the CDC regarding diagnosis when those guidelines require erythema migrans that is clearly recognizable only in one (“bullseye rash”) of its multiple presentations?

Further, how ethical is it that we are held to guidelines regarding a positive serology that is positive (at best) only 40% of the time? Another questionable ethical situation is the use of a bacteriostatic antibiotic that barely meets the MIC for Borrelia burgdorferi in its ordinarily prescribed regimen. It is also dependent on compliance which is a huge issue because of the gastrointestinal side effects. This antibiotic may clear the rash, but seemingly does little to prevent late findings of the disease. The sub lethal antibiotic dose can be important in the subsequent development of biofilms that lead to a chronic disease state.

Lastly, how ethical is it that we have nearly abandoned our patient advocacy and permitted the insurance companies to dictate allowable treatment? And, in as much as Borrelia organisms were found in the brains of Alzheimer’s disease patients over 25 yrs ago and those spirochetes have recently been shown to produce biofilms, how ethical is it that we ignore research underpinning the pathogenesis of this disease? The intent of this work is to discuss how all aspects of Lyme disease (LD) are bioethically challenged. We include Alzheimer’s disease (AD) in the discussion because Lyme spirochetes have been found in, and cultured from, the brains of AD. This makes LD, in its presentation as AD, the equivalent of tertiary neurosyphilis with the only difference being a different spirochete.