TOUCHED BY LYME: When the “perfect storm” is too much to bear 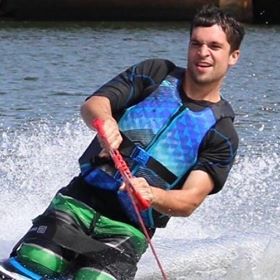 Jimmy Kimball was a happy, healthy boy growing up in Massachusetts. The oldest of five brothers, he delighted in outdoor activities with family and friends. He’d hike and camp and fish—and often, ride the go-kart he built himself.

The Kimballs were active in their local church. By all accounts, Jimmy’s spiritual beliefs were always a big part of who he was. “He was smart, creative, driven,” his mom, Amy, recalls now. “And he loved the Lord.”

One day in 2008, when he was 15 years old, Jimmy chopped a lot of wood and ended up with an embedded tick on his back. His mom removed it and then googled “Lyme disease.” When he began to show what seemed like classic Lyme symptoms, she took him to the doctor.

“He didn’t believe Jimmy had Lyme,” she says. However, at her request, the doctor ordered blood work anyway, which came back negative.

“What we didn’t realize at the time was that it’s very common to have a false negative.”

In the coming months, Jimmy developed all sorts of physical problems, including severe pain in his knees, hips and elbows. Still suspecting Lyme, his mother took him back to the doctor for retesting. This time, results were positive, and she took Jimmy to infectious disease specialists.

It had been nine months since the first trip to their family physician, nine months where the spirochetes were given free rein in his body. Even so, the ID doctors told her that a four-week course of doxycycline was all the treatment he needed.

Over the years, Jimmy continued to have health problems, including fatigue and severe aches and pains. Yet, his doctors always assured Amy that these symptoms had nothing to do with Lyme disease, that the four-week course of antibiotics had completely eliminated that infection.

At that point, Amy took Jimmy back to the doctor—“A different doctor,” she clarifies—and said she wanted him retested. This time, Jimmy had six positive bands on a western blot. He was diagnosed with active Lyme and began treatment again, almost nine years after the infecting tick bite. 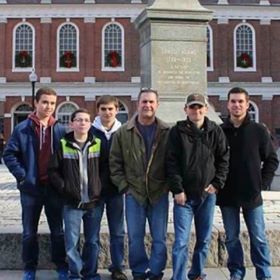 The five Kimball boys and their father, also named Jimmy. Jimmy the son is on the far right.

By the end of 2016, Amy and her husband had five sons with active Lyme disease—young men in their teens and early 20s who were coping with chronic illness while also trying to find their place in the world.

It was a deeply challenging time for the family. Although all five boys had Lyme disease, she says, their symptoms and treatments were completely different. “None of them had it the same.”

In mid-2017, while still being treated for Lyme, Jimmy and two of his brothers decided to move to Hawaii, to learn building skills from a relative and to work at a church camp.

According to his mother, several unfortunate events then converged in Jimmy’s life within a short time.

First, there were the continuing challenges of treating chronic Lyme, and Jimmy, it turns out, often forgot to take his meds and supplements.

Second, he developed a new infection and was prescribed Levaquin (a drug with the potential for many troublesome side effects, including insomnia and suicidal thoughts).

Third, a child at the camp where he worked came down with the mumps and Jimmy caught it too, even though he’d been vaccinated against it.

This combination of factors pummeled Jimmy from all sides, Amy says. He was in pain, fatigued and discouraged. He had negative thoughts about himself and trouble sleeping.

Amy talked and texted often with her son through these arduous days. They prayed together. She and other family members planned to fly to Hawaii to visit with him soon. Yet, a mother’s love, and the love of his entire family was not enough to withstand the “perfect storm” that overwhelmed Jimmy at that point.

In November 2017, the family received the heartbreaking news that Jimmy had taken his own life. He was 24.

I learned about Jimmy and his family’s Lyme struggle from a message his mother sent to the LymeDisease.org Facebook page. She included a link to a talk she gave at her family’s church in November 2018, a year after her son’s death. In it, she discusses Jimmy’s story, how Lyme has affected their whole family, and the religious faith that is helping them all get through this difficult time. (You can listen to it here.)

I asked Amy if she’d like to make a closing comment to the readers of this column. She responded:

Our family has been through so much. We are devastated with the loss of our son Jimmy and how much he suffered. My hope is by speaking out and telling Jimmy’s story, no other family will have to suffer and go through this as we have. Fluoroquinolones like Levaquin should never be given for routine infections, the risk is much too high. Also, I had no idea of the risk of suicide with Lyme disease, and that so many doctors still don’t even recognize chronic Lyme. I hope to make a difference and to help others!

More information on this topic:

The dangerous link between Lyme disease and suicide

An anthropologist’s view of Lyme disease and suicide

Eight years ago, I wrote a blog about a similar situation, also about a young man that should have been at the peak of his life. At that time, I wrote:

Wake up, America! Tick-borne diseases are stealing our children. While the medical establishment, insurance companies, and government health officials play politics and pretend that Lyme disease is no big deal, or worse – a complete sham – people are being abandoned by the institutions that are supposed to help them.

The loss of this young man makes me both sad and angry. We in the Lyme community owe it to ourselves and our families to channel such emotions into meaningful action. Tick-borne disease is taking a toll on our society that will not “resolve” on its own.

How disheartening that those words still ring true today. To Amy and the whole Kimball family: the Lyme community mourns this loss with you. Let’s all work together to change this situation, pronto.