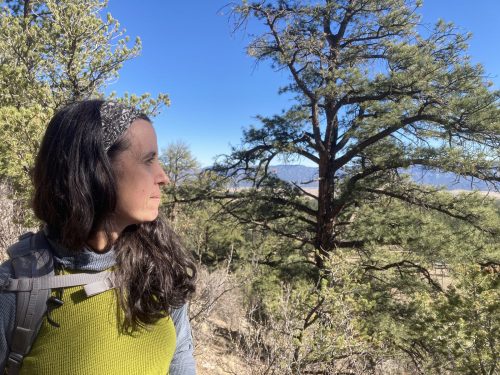 Monica White once worked as a wildlife biologist and a wildland firefighter. Later, after the birth of her second child, she developed a seriously debilitating illness. Soon, her children showed symptoms, too.

It took a long time to figure it out. The doctors she consulted offered no helpful answers and she ended up doing her own research.

Finally, she recognized that tick-borne infections–Lyme, Babesia, anaplasmosis, tick-borne relapsing fever–were the root cause of her family’s physical ailments.

Because of the devastating effects on her family, Monica is motivated to help change the system that keeps so many individuals and families trapped in a no-man’s-land of untreated tick-borne illness.

She co-founded the Colorado Tick-Borne Disease Awareness Association and has organized educational conferences for patients. She has served on a subcommittee of the federal Tick-Borne Disease Working Group and other governmental panels. She also co-authored a journal article about Colorado ticks and the diseases they carry.

But those efforts, Monica reports, largely involved dealing with scientific data and speaking out on behalf of others. To operate on that level, she squelched her personal emotions about everything her family has been through, burying it deep below the surface.

Until one day, when she enrolled in a storytelling workshop hosted by the Chaffee County Public Health Department. She says it helped her find her inner voice. Suddenly, what had previously been hidden burst forth with a fierce intensity.

“I was shocked at the level of emotion, anger and feelings of loss that surfaced,” she recalls. “I realize now that these were stages of grief that I had neglected to make room for or acknowledge. The storytelling process was a process of healing. I was so touched by the powerful stories that others shared so honestly and vulnerably, and I hope that the sharing of my story will both uplift and touch others.”

“One Little Bite” is the video Monica put together to communicate the emotion she discovered in the workshop. It was recently shown as part of an online event called “We Are Chaffee.” You can watch it by clicking below.