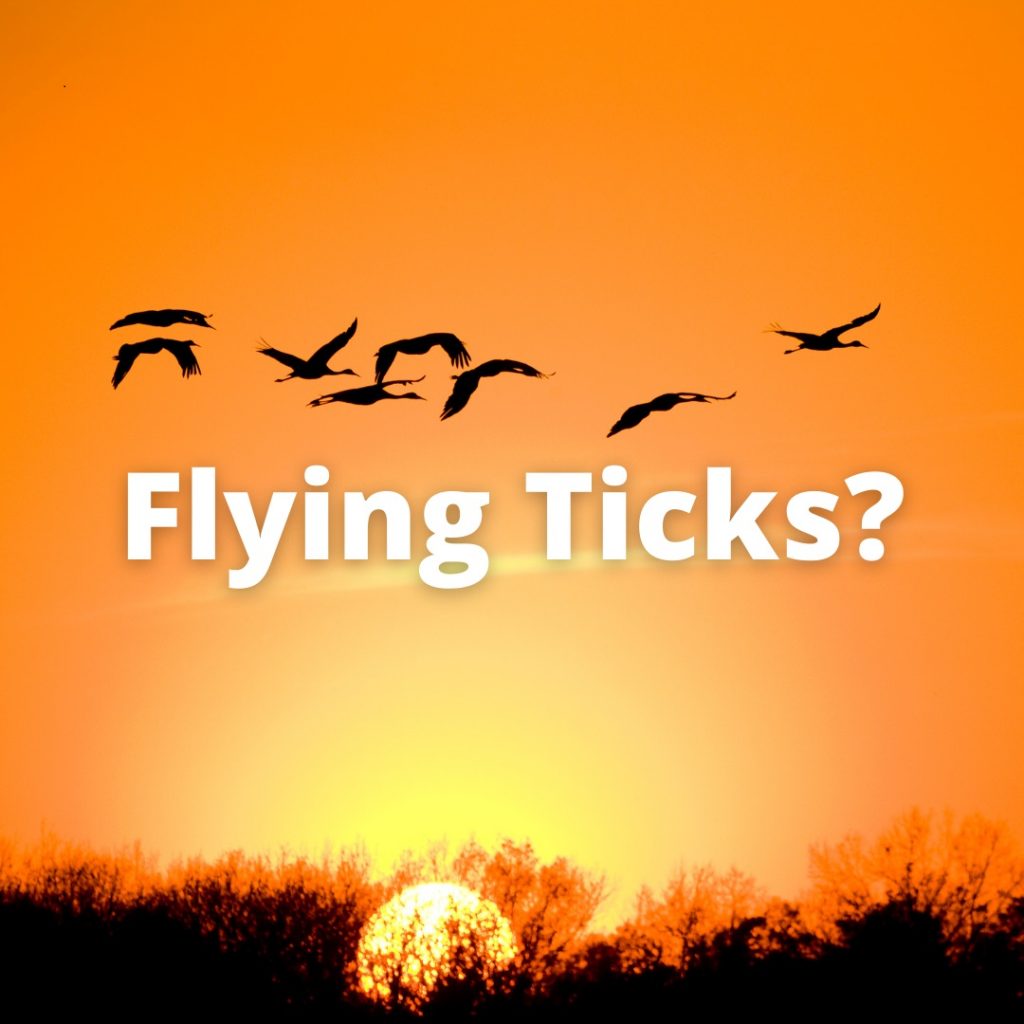 A new study shows that birds have possibly the most important role in the distribution of tick-borne diseases throughout the world.

Due to changing climates, the breeding grounds of many species of birds are shifting further north. As birds move north, so do ticks and the pathogens they carry.

Many species of birds will fly hundreds or thousands of miles between their breeding and wintering grounds. This is known as seasonal migration. For instance, birds can migrate across the Gulf of Mexico and into the United States, or across the Great Lakes and into Canada within a short period of time.

In 2015, researchers estimated that anywhere from 4 million to 39 million Central and South American exotic ticks are transported to the United States annually on migratory songbirds.

A more recent study published in the journal of Global Ecology and Biogeography specifically looked at identifying birds known to spread Lyme disease.

In this new study, the team used machine learning to search literature published from 1983 – 2019 to identify the species of birds that are most likely to host and spread Lyme disease to ticks.

According to lead author Daniel Becker, of Indiana University, “Birds don’t spread Lyme directly to people, but they can carry infected ticks to new locations with no history of Lyme occurrence. A tick could drop off a bird and into a garden or yard, where it could later bite and infect a person. If local medical practitioners are unfamiliar with Lyme symptoms, proper diagnosis could be delayed. Identifying where ticks are spreading could improve medical response to Lyme and other tick-borne diseases.”

Senior author Barbara Han, of the Cary Institute of Ecosystem Studies, says, “To predict and monitor species that could spread tick-borne diseases to people, we first need to know which traits make certain animals good pathogen hosts. Here, we used machine learning to assess bird species traits, paired with Lyme infection data from ticks found on birds, to predict bird species that have the potential to spread Lyme.”

Thrushes are riskiest for Lyme transmission

The research shows that species of birds from the genus Turdus, commonly known as true thrushes, were found to be the riskiest bird species for Lyme transmission. Passerines, or perching birds, also had a high competence, as did birds that primarily eat seeds, as well as those that forage on the ground—a behavior that puts them in direct reach of questing ticks.

They also found 21 new species of birds they felt should be prioritized for surveillance. The highest-risk species of birds tended to breed and spend the winter at high latitudes and low elevations. They also  have broad flight ranges, reaching across the Americas, Africa, Asia and Oceania.

In an earlier study, researchers found that the Golden-crowned Sparrow (Zonotrichia atricapilla), a non-resident species, could be an important reservoir for B. burgdorferi in California.

These studies all highlight the important role migrating birds play in the spread of Lyme and other tick-borne diseases.

Because ticks that carry Lyme disease are often referred to as “deer ticks,” many people assume that the presence of deer is required. In fact, because birds play such a huge role in the spread of so many pathogens, perhaps we should start calling them “bird ticks.”