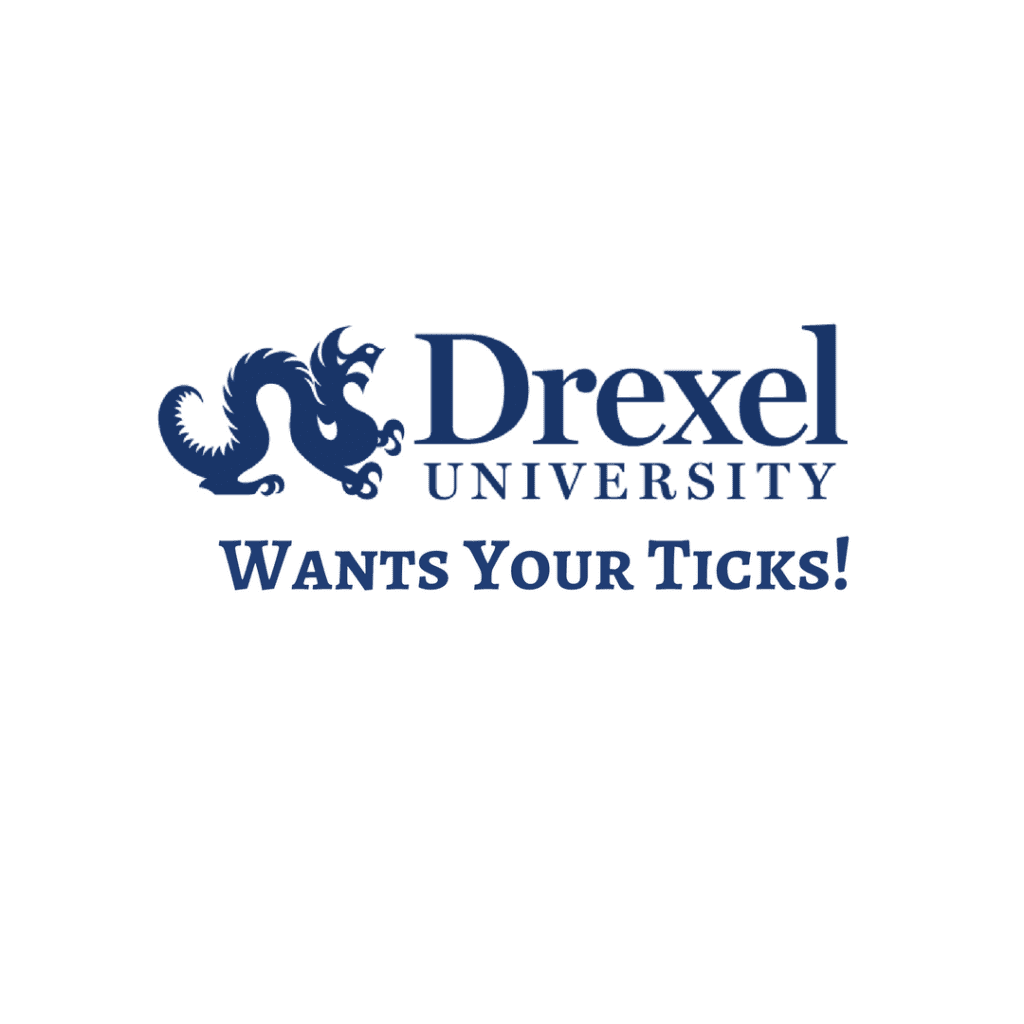 Researchers at Philadelphia’s Drexel University College of Medicine have joined the fight against tick-borne diseases and are asking citizens throughout the US to send them ticks.

The goal of CAMP is to identify emerging pathogens and use that information to find targeted therapies to cure infection and illness.

Garth Ehrlich, PhD, holds professorships in two departments at Drexel—Microbiology & Immunology, and Otolaryngology. He’s also Executive Director of CAMP. He first thought of testing ticks while working on a different project a couple years ago.

Dr. Ehrlich knew about Lyme disease at the time, and started thinking his “Pan Domain Test” might be useful to identify the many different bacteria that are carried by ticks. After looking further, he realized most tick testing done in the past was limited to just a few common pathogens.

The Pan Domain test is unique. It uses “next-generation sequencing” to look for specific genetic markers and is able to detect every bacterium known to science—in just one test. This is different from PCR or ELISA testing, which require a separate test for each suspected pathogen.

In the end, Dr. Ehrlich hopes to have a comprehensive picture of exactly what diseases are carried by ticks in the U.S. Along the same lines, a recent study in France found that 45% of ticks carried five different pathogens. See “Tick-borne co-infections are the rule, not the exception“)

Current tick testing at CAMP is only set up to detect bacteria. The second phase of the study will look for parasites and fungi found in the same ticks. At this time, the researchers want as many ticks as they can get from diverse parts of the country. This information will give a clearer picture of which tick-borne diseases are the biggest risks in different regions.

Dr. Ehrlich’s goal is to bring the test to the public for human testing. He says that if all goes as planned, the bacterial assay could be available in 2018, with the parasite/fungi test about three to six months behind that. He estimates that his Pan Domain testing will cost significantly less than traditional testing for each pathogen. Not only is it cheaper, but the Pan Domain test can detect emerging bacteria, for which there currently are no standard tests.

I talked to Dr. Jaroslaw (Jarek) Krol when I was at ILADS in November. Jarek is the lab manager for CAMP and is deeply involved in the development of the genetic sequencing and analysis of the tick-testing project. He told me that preliminary tick testing has detected up to 60 different bacteria in northeastern ticks. Since co-infections compound illness and complicate treatment, the ability to rapidly detect many infections at once would be invaluable.

Dr. Krol says ticks can be sent in dead or alive. However, if you are going to send in more than one tick, please bag them separately. Ticks can share germs, he says, which can skew test results.

Important note: CAMP testing is for research only. You will not be sent results of the testing. If you have been bitten by a tick and want to know what pathogens you were exposed to, you can send it to the University of Massachusetts’ TickReport. You should receive results within three business days.