Why do some Lyme patients improve with treatment and others don’t?

A new study suggests that developing effective treatments for Lyme disease may depend on understanding which patients respond to different treatments.

Some chronic Lyme disease treatment studies done in the past have failed to identify treatment successes, but relied on samples of patients too small (37-129 patients) for subgroup analysis.

Finding effective treatments is critical. Over a third of those diagnosed and treated for Lyme disease develop persisting debilitating symptoms following short-term antibiotic therapy. According to the CDC, at least 380,000 people are diagnosed with Lyme disease in the U.S. every year. 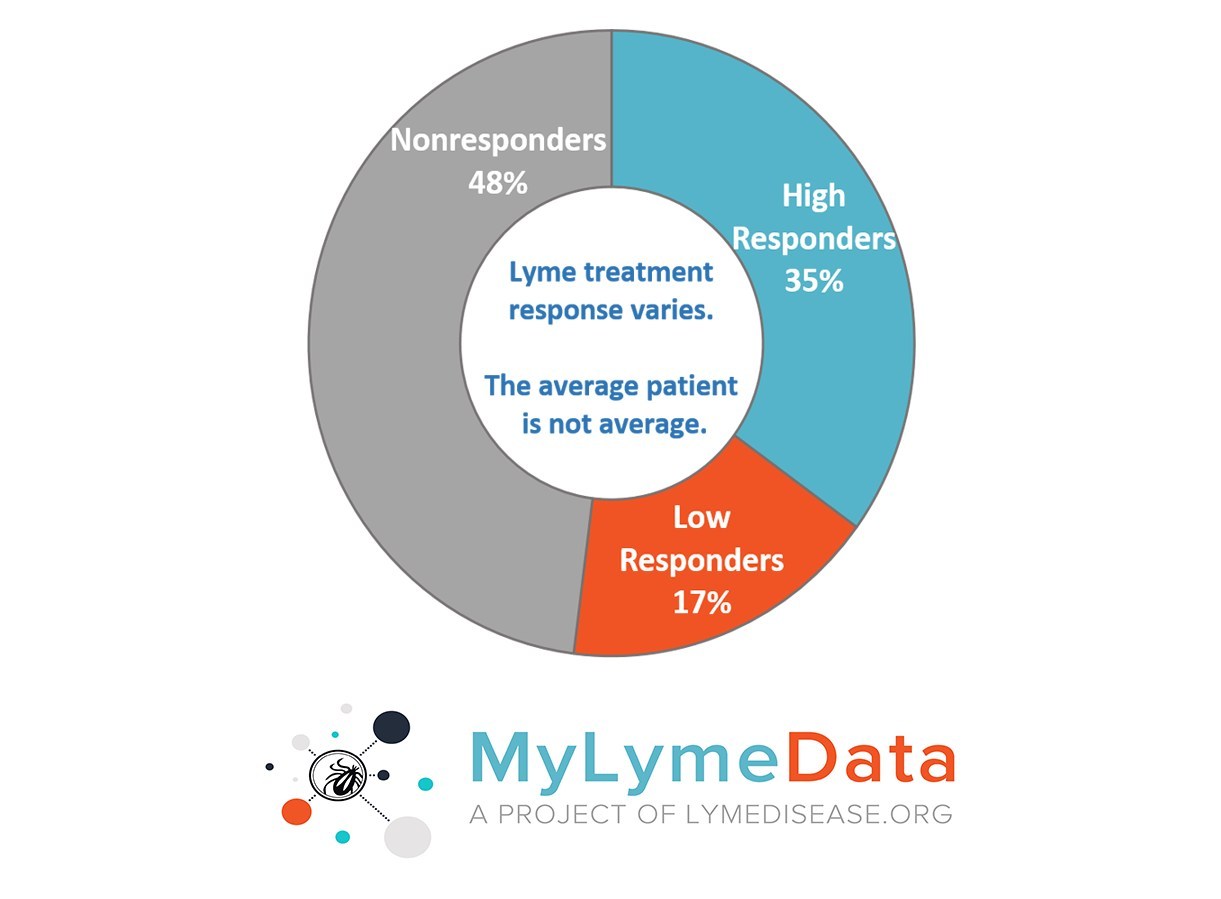 The survey used a global rate of change scale, typical of those used by clinicians in practice. Patients reported whether their condition was improved, unchanged, or worse on a 15-point Likert Scale, used in studies of other diseases. Response choices ranged from “a very great deal worse” to “a very great deal better,” with a midpoint of “unchanged” or “almost the same.”

Forty-eight percent of the patients in the study were characterized as Nonresponders. They reported that their condition had either gotten worse or had not changed following treatment. More than 50% of patients surveyed reported some degree of improvement. Thirty-five percent were High Responders, while Low Responders accounted for 17%.

Subgroup analyses involves splitting participant data into subgroups to permit comparison between the groups. Shapiro says that big data allows us to identify important subgroups that respond to treatment.

“Patients with chronic Lyme disease vary in their response to treatment,” she explains. “Averaging results across patients can mask important differences in treatment response.”

According to Lorraine Johnson, JD, MBA, Chief Executive Officer of LymeDisease.org and coauthor of the study, this type of analysis is the key to improving the lives of Lyme disease patients.

“Other diseases like tuberculosis categorize patients into groups based on how they respond to treatment. It’s time for Lyme disease research to enter the 21st Century,” she says.

Since its launch in November 2015, MyLymeData has enrolled over 8,000 patients in its registry. This study included registry data compiled from 3,400 patients who self-identified as “unwell” during Phase 1 of the project, which was completed in November 2016. Patients in this preliminary study reported living in the United States, being diagnosed with Lyme disease by a healthcare practitioner and receiving antibiotic treatment.

The newest phase of MyLymeData is open to both current and new enrollees who may register at LymeDisease.org. Patients currently participating in MyLymeData simply log into their accounts to complete the new survey sections.