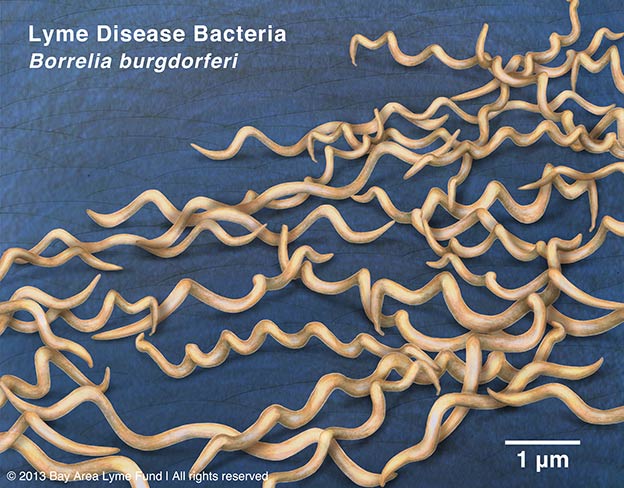 Researchers have determined that seven herbal medicines are highly active in test tubes against B. burgdorferi, the bacteria that causes Lyme disease, compared to the control antibiotics, doxycycline and cefuroxime.

Published in the journal Frontiers in Medicine, the laboratory study was funded by the Bay Area Lyme Foundation and supported in part by The Steven & Alexandra Cohen Foundation.

Researchers at Johns Hopkins Bloomberg School of Public Health and colleagues at the California Center for Functional Medicine and FOCUS Health Group, Naturopathic collaborated on the study.

“Since traditional antibiotic approaches fail to resolve symptoms in up to 25% of patients treated for Lyme disease and many suffer disabling effects of the disease, there is a need for novel treatment proven effective against B. burgdorferi,” said the paper’s co-author Sunjya K. Schweig, MD, CEO and co-director, California Center for Functional Medicine and Scientific Advisory Board Member, Bay Area Lyme Foundation.

“Because patients are currently turning to herbal remedies to fill the treatment gaps left by antibiotics, this research is a critical step in helping clinicians, as well as patients, understand which ones may offer the most potential benefit.”

According to this study, carried out by Prof. Ying Zhang’s group at the Johns Hopkins Bloomberg School of Public Health, the seven herbal medicines that have the ability to kill B. burgdorferi in test tubes are:

It is important to note that each of these products have the potential to produce significant side effects in patients, and should be taken only under advisement of a clinician knowledgeable of their capabilities and toxicities.

Of these products, the Cryptolepis sanguinolenta extract caused complete eradication, while doxycycline and cefuroxime and other active herbs did not. This extract has been used for the treatment of malaria as well as the tick-borne infection Babesia, a malaria-like parasite.

This study is believed to be the first time this extract has been documented to have a potential impact on B. burgdorferi, and additional laboratory and clincial studies should be conducted to investigate the potential role Cryptolepis sanguinolenta could play in the treatment of Lyme disease.

“Our hope is that findings from this study could point to new therapeutic options for doctors and their patients, and pave the way for clinical research to help patients with persistent Lyme disease,” said Linda Giampa, executive director, Bay Area Lyme Foundation.

These data may provide a basis for the clinical improvement of patients who take herbal medicines, particularly those whose chronic symptoms may be due to persistent bacteria that are not killed by conventional Lyme antibiotic treatment.

However, it is critical to note that additional studies are needed to further evaluate the seven active botanical medicines identified in the study. Patients should not attempt to self-treat with these herbal medicines due to potential side effects and lack of clinical trials with these products.

For the study, the researchers tested 14 natural products in test tubes against B. burgdorferi. Plant extracts selected for the study included herbs or agents that: have been previously used to manage the symptoms of patients who do not respond to standard Lyme antibiotic treatment; have favorable safety profiles; and can be absorbed systemically.

Additional criteria for selecting compounds included anti-biofilm effects and ability to cross the blood-brain barrier. To conduct the study, the plant extracts in concentrations of 1%, 0.5% and 0.25% and antibiotic controls were each tested on growing as well as non-growing B. burgdorferi cultures.

The study found that seven of these natural product extracts at 0.25%-0.5% had better activity against the stationary phase B. burgdorferi culture than the control antibiotics doxycycline and cefuroxime, both of which are commonly used to treat Lyme disease.

The paper titled “Evaluation of Natural and Botanical Medicines for Activity against Growing and Non-growing Forms of B. burgdorferi,” was written by Jie Feng, PhD, Jacob Leone, ND, Sunjya Schweig, MD, and Ying Zhang, MD, PhD.