Why the controversy over chronic Lyme disease is important to everyone 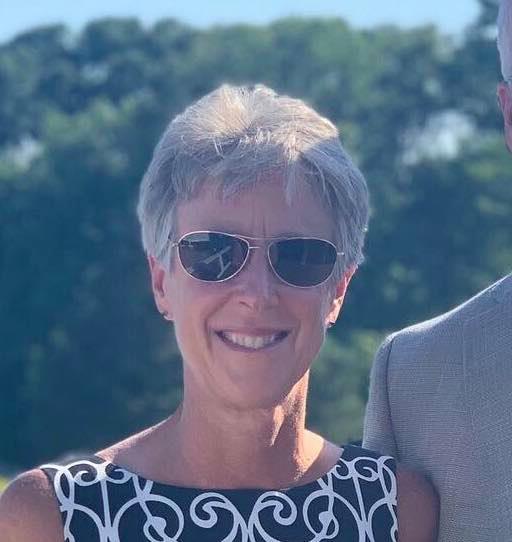 The following is a response to an opinion piece in the Connecticut Mirror newspaper. In it, two IDSA doctors charge that chronic Lyme disease is a fraudulent diagnosis. Furthermore, they accuse physicians who treat it of deception and misrepresentation.

The authors’ reference to “so-called chronic Lyme disease” ignores the substantial body of evidence that suggests Lyme disease can be chronic and infection can persist following treatment with antibiotics.

The first investigation into the effectiveness of antibiotics for the treatment of Lyme disease was published by Steere in 1983. The study was conducted at a time when prevailing thought held that antibiotics would cure all infectious disease caused by bacteria. Because the findings of the 1983 study were not consistent with that belief, the data were re-categorized to generate the expected result. Critical analysis of the data reveals, however, that nearly 50% of the patients in the study who were treated with antibiotics for 10-20 days continued to experience significant symptoms.

Other studies have produced similar results, yet the Infectious Diseases Society of America (IDSA) ignores independent research and continues to claim that Lyme disease at any stage of infection is cured by a short course of antibiotics.

A 2019 subcommittee report to the Tick Borne Disease Working Group (established by Congress in 2016), stated that the results of more recent studies in animal models by different investigators, “lend support to the probability that the effects of persisting organisms are a source, if not the likely source, of ongoing symptoms in patients who have unresolved Lyme disease.”

In 2019, The International Lyme and Associated Diseases Society (ILADS) Working Group published a paper in which they systematically reviewed over 250 peer-reviewed papers in the international literature and concluded that Lyme disease is the result of ongoing and active infection by any of several forms of B. burgdorferi capable of causing disease in humans.

Zemel and Auwaerter refer to an “unsubstantiated notion that 50% of patients with Lyme disease test negative by standard laboratories” but there is abundant evidence demonstrating that the two-tiered testing method recommended by the Centers for Disease Control is problematic.

There are many reasons why infected individuals may generate a negative result. Chief among them is the fact that the test relies on the ability of the infected individual to produce antibodies when Lyme bacteria have the ability to suppress the immune system preventing antibody production. Further, there are over 100 species of Borrelia in the U.S. (not all cause disease in humans) and the current two-tiered testing method misses the majority of them. Independent studies have shown these tests to correctly identify only about 56% of those with Lyme disease.

In a 2018 publication in its own journal, the IDSA admitted that “reliable direct detection methods for active B. burgdorferi have been lacking in the past but are needed and appear achievable.” Despite this, the IDSA guidelines fail to offer treatment options to patients who test negative but have the disease.

The authors’ suggestion that vulnerable patients need to be protected from Lyme-literate practitioners is both intentionally misleading and unsubstantiated.

Lyme-literate practitioners have a wide variety of medical backgrounds. Many are board-certified medical doctors with expertise in a variety of specialties and have additional training in tick-borne disease, while others are board-certified osteopathic physicians, naturopathic doctors, or nurse practitioners. Many are members of ILADS. Some practitioners have a background in integrative medicine, a holistic approach to health and wellness that combines conventional medicine with complementary and alternative medicine therapies grounded in science. Others are trained in functional medicine whose aim is to determine how and why illness occurs and to restore health by addressing the root cause of illness for each individual.

Some practitioners use a multi-modal approach to address factors that might be keeping a patient sick including poor digestive health, food allergies, inflammation, toxicity, and hormone imbalance. They may use prescription and herbal medicines as well as other supplements. Because treating Lyme disease is a time-consuming process, it fits poorly into the current model for medical reimbursement. As a result, many practitioners do not accept insurance but will provide documentation that can be submitted to an insurance carrier.

Just as they would with any other medical professional, patients are capable of exercising due diligence when selecting a Lyme practitioner to ensure that the approach to care is consistent with their preferences and beliefs.

The authors’ reference to the “careful scientific rigor” associated with the IDSA guidelines revision process does not hold up to scrutiny.

In 2006, Connecticut Attorney General Richard Blumenthal conducted a landmark anti-trust investigation into the IDSA’s process for writing its 2006 Lyme disease guidelines. Blumenthal’s office “uncovered undisclosed financial interests held by several of the most powerful IDSA panelists” and found that the guidelines panel “improperly ignored or minimized alternative medical opinion and evidence regarding Lyme disease, potentially raising serious questions about whether the recommendations reflected all relevant science.”

One of the most egregious and dangerous recommendations by the IDSA is the use of a single dose of doxycycline to prevent the development of Lyme disease when given within 72 hours of a tick bite. This advice is based upon a single study with illogical and flawed methodology published nearly two decades ago. It has never been replicated. Data from this study show only that the dose was sufficient to prevent formation of the rash that sometimes develops at the site of a tick bite, but not that it halted development of the disease itself. This treatment may promote antibiotic resistance and lead to negative antibody testing making diagnosis even more difficult.

Why this issue is important

In the 2011 report by the National Academy of Medicine (NAM), “Clinical Practice Guidelines We Can Trust,” the 2006 IDSA Lyme Disease Guidelines were cited as an example of lack of transparency in guidelines development to illustrate the problems associated with it.

When evidence is weak, clinician discretion is especially important. The ILADS guidelines allow for this and for shared decision-making between patient and practitioner. In contrast, the IDSA guidelines severely restrict the use of clinical judgment.

Why is this important even to those that don’t have Lyme disease? Clinical practice guidelines greatly influence the practice of medicine. When lack of transparency, scientific bias, and financial conflicts of interest are allowed to affect them, it places the health of all of us at risk.