TOUCHED BY LYME: A second helping of "what not to say" to those sick and in pain 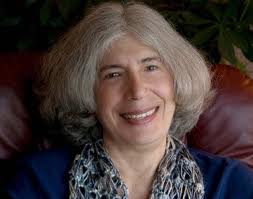 Guest columnist Toni Bernhard’s recent blog about what not to say to sick people brought a huge response from readers. Here’s more on the subject.

More On: What Those with Chronic Pain or Illness DON’T Want to Hear You Say

Readers share unwelcome comments they’ve had to listen to
.
Published on August 1, 2012 by Toni Bernhard, J.D. in Turning Straw Into Gold
.
In my article, “What Those with Chronic Pain or Illness DON’T Want to Hear You Say,” I shared some of the comments that have been made to me since I became chronically ill in 2001. Many people shared that they’d been subjected to the very same comments…and more. And so, I’ve put together a small sampling of comments that readers have had to listen to. As I said in the first article, I’m not trying to make fun of others. My intent is to educate people about what we face and also to help us feel less alone.
.
Bottom line: Fielding these comments with grace and skill is yet another challenge faced by those of us with health problems. I’ve divided the comments into five categories: Change Your Lifestyle; Such an Easy Life…; Chronic Means Chronic; It’s Your Fault; and Religion and other Spiritual Matters.
.

1. “Do you take vitamins?” This comment reminds me of the people who’ve asked me if I’ve tried sleeping pills. Who hasn’t taken vitamins?!

2. “Are you eating enough fruits and vegetables?” Lots of people report getting asked this.

6. “You just need some fresh air and exercise, that’s all.”

8. “Why don’t you take a shower? You’ll feel better.” This one hit home with me because I have days when taking a shower has the opposite effect: this simple task uses up all my energy stores for the day.

Such an Easy Life…

1. One woman wrote: “I mentioned to a friend when I got to his kid’s birthday party that I almost didn’t make it because I’d been in bed most of the weekend and it was hard getting out of the house. He said, ‘You have such an easy life!’”

2. Wrote another woman: “It’s frustrating when someone thinks you are ‘lucky’ to have so much leisure time available. Yeah, it’s great to have so much time, but I’m unable to work and thus am so far below the poverty line that homeless people begging for change probably have more money at their disposal than I do.”

This raises what I think is a hidden epidemic for those with chronic health problems. Many are living below the poverty line, due to a combination of not being able to work and of having to spend any money they do have on medications and other treatments that health insurance doesn’t cover—if they’re lucky enough to even have health insurance. Tragically, poverty, chronic pain, and chronic illness too often go hand in hand.

3. Finally, this woman sums up “Such an Easy Life…” as well as I could: “My favorite is when people say I’m lucky that I don’t have to work. It’s like telling someone without legs they’re lucky they don’t have to take the stairs.”

2. Said to a person with chronic pain: “Don’t worry, you’ll be able to go hiking again soon.” I’ve had people say this to me about many activities—from traveling to resuming my teaching career. I think that if you’re not sure what a friend might or might not be able to do in the future, it’s better not to raise it.

3. “Call me when you feel better and we’ll go to lunch or do something fun.” Again, chronic means chronic.

4. “My mother-in-law had that and all she did was take a little Tylenol.” Sigh.

5. “At least it’s not cancer.” This comment doesn’t fit neatly under any of the categories I’ve used, but I wanted to include it because several people reported having had this said to them. It’s not helpful. In fact, one woman wrote that at least if she had cancer, her family would get more support both from the medical community and from their church congregation.

I recognize that this category is subjective. Comments that I interpret as implying, “It’s your fault,” may not seem that way to others. That said, here’s a sampling of comments that, to me, are suggesting to a person who is sick or in pain: it’s your fault.

1. “You’re too young to be sick,” several people reported being told. One of them added: “Oh, how wish this were true. Maybe by the time I’m in my 80s, people will stop saying it.”

2. One woman reported that her friend, after listening with “a seemingly caring ear,” said: “Attitude is everything, you know.”

3. A young woman wrote that she’s been told to distract herself from chronic pain by “getting a job, mingling with people, and engaging my brain.” About these comments, she said: “I’m sensitive about being perceived as lazy. I’m hurt whenever this comment is made to me. I’d love to be able to will myself to do whatever I’d like.” This resonated strongly with me because I spent years trying to will my body into good health. All I got for my effort was a lot of mental suffering added to the suffering of the illness.

4. “You must be out of alignment with your life and looking for an excuse to make some changes.” The recipient of this comment said, “But some of us really loved our life before we got ill.” To that, I say, “Yes. Yes”! I was never happier—personally and professionally—than when I got sick in 2001.

5. “Maybe if you quit talking about it, you’ll get better.”

6. “Look what happens when you don’t look after yourself.”

7. “Just snap out of it.” The woman who reported this comment went on to say: “Like it’s really that simple and I’m so totally dumb and stupid that can’t figure it out. How silly of me after so many years.”

8. Saving the worse for last, a person reported that his or her doctor said: “If you think of yourself as a cripple, you will become a cripple.” This comment is hurtful and inappropriate in so many ways.

Religion and other Spiritual Matters

This is a sensitive topic. We all have our particular religious and spiritual beliefs and they may understandably feel essential to our well-being. But in my opinion, religious and spiritual beliefs are so personal that unless you know that the person you’re talking to shares your beliefs, it’s better not to raise the subject. As one person commented: “The assumption that all of us have or even should have identical spiritual beliefs is unrealistic in our pluralistic society. If you’re not sure you’re on the same track, it might best be avoided.”

Keeping in mind that this is a sensitive topic, I offer some comments that have been directed at those struggling with their health.

1. Two people wrote that they’ve repeatedly been told, “God never gives us more than we can handle,” and that it’s not at all consoling to them. In fact, they said it makes them feel like failures—as if they’re not handling well what they should be handling well.

3. “All things work for the Good for those who love God.” The woman who reported this comment wrote about it: “There’s nothing more annoying than some random bible quote thrown into your face as a ‘reason’ for chronic pain.”

4. “If you pray to God harder and longer, He will cure you.”

5. “The universe is trying to teach you something.”

6. One woman wrote that her brother repeatedly says to her, “Obviously you don’t pray to God enough because if you did, he would heal you. So you must be doing something wrong.” She said that every time he says this, she bursts into tears because she feels blamed for not doing enough to get better.

I’ve found that many comments about religion, regardless of the speaker’s intent, leave people that they’re spoken to feeling as if it’s their fault that they’re sick or in such pain. And so, these comments could have gone under the previous heading: It’s Your Fault.

If you have friends or family who suffer from chronic pain or illness and are thinking, “So, what can I say?” I recommend you have a look at my piece, “What People With Chronic Pain or Illness DO Want to Hear You Say.” In addition, the Buddha gave us some good guidance when he said that before we speak, we should reflect on whether what we’re about to say is true, kind, and helpful. It’s often easy to meet two criteria, but not all three. If you’re in doubt as to whether what you’re thinking about saying meets all three criteria, it’s best to not make the comment. Silence (and a gentle hug) can be golden.

Toni Bernhard is the author of the How to Be Sick: A Buddhist-Inspired Guide for the Chronically Ill and their Caregivers, winner of the 2011 Gold Nautilus Book Award in Self-Help/Psychology. Website: www.howtobesick.com