NEWS: "Way past the time where ignorance is acceptable" 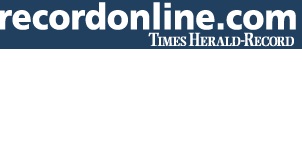 From the Times Herald-Record:

KINGSTON — The disease hit Geri Tresvik like a boulder.

The Ulster Park resident had a college-level vocabulary by the sixth grade. But once the symptoms hit, Tresvik could barely put together a sentence or have others understand her.

Her body began to fade as well. Tresvik began falling, knocking things over and nodding off during conversations.

“I frequently pray to God that I don’t wake up tomorrow morning,” Tresvik said.

The source of Tresvik’s suffering is Lyme disease, a tick-borne illness often resulting in a circular skin rash, achy muscles and flu-like symptoms.

“This is way past the time where ignorance is acceptable,” said Andi Weiss Bartczak of Gardiner.