The reality of Lyme disease in Wisconsin 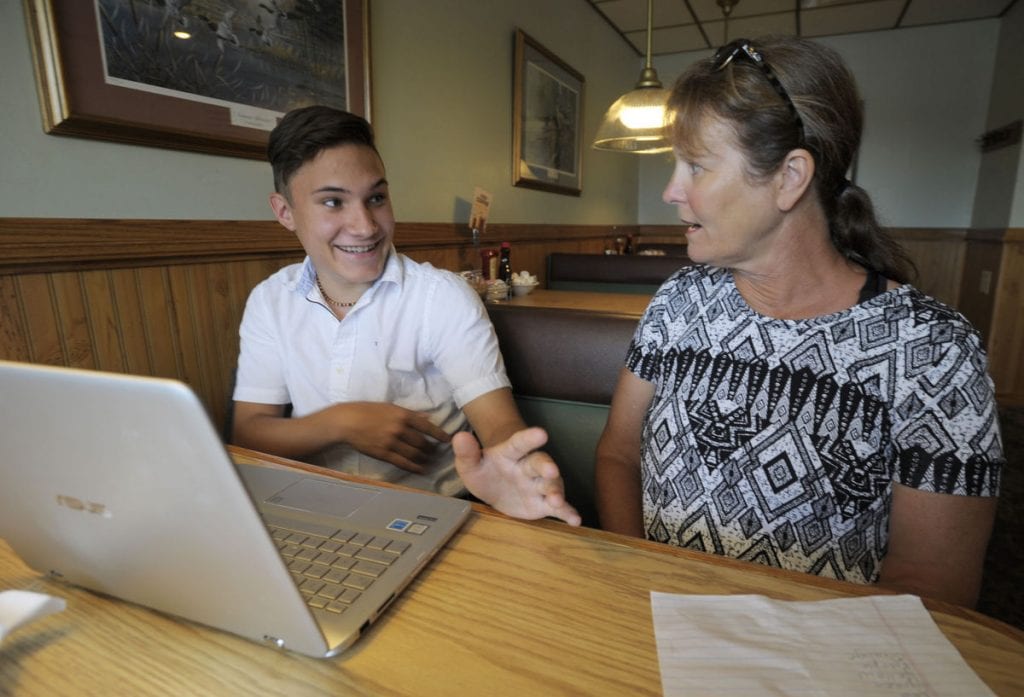 The Kenosha News, a Wisconsin newspaper, ran a three-part story on Lyme disease on August 22, 2017. All are by reporter Julia Fair.

The reality of Lyme disease

Lying in a hospital bed at Aurora Medical Center, John Bush, 17, had an empty stomach with a bag of saline next to him, waiting for his colonoscopy.

He looked at his mom, Laura Bush, who seemed to be hiding her worry as they waited.

…A series of health problems — stomach pains, stiff muscles, extreme flu-like symptoms, bloody feces and losing 20 pounds — had him in that hospital room.

An hour before the procedure, the doctor entered the prep room.

“The blood test we took showed you do have Lyme,” he said. READ MORE.

Teen saw many doctors before finding help for chronic pain

The right doctor changed everything for John Bush.

Since October of 2016, the Kenosha teenager had had a series of health issues, shifting his life filled with musical theater and academics to a life of constant doctor visits. Doctor after doctor told his family what they thought would relieve his pain, but nothing sufficed.

If he had waited four more months before seeing yet another doctor, he could’ve faced paralysis. READ MORE.

A tick clung to Nancy Carlson’s hip after a workday spent outside in 2013.

“I pull ticks off all the time, it’s not a big deal,” Nancy Carlson, a naturalist at Hawthorn Hollow Nature Sanctuary and Arboretum on Green Bay Road, said.

She was taught as a naturalist that a bull’s-eye rash should raise concern about contracting Lyme disease. When she was bitten, it never appeared. READ MORE.