NEWS: The rising threat of babesiosis in NY state (and the nation) 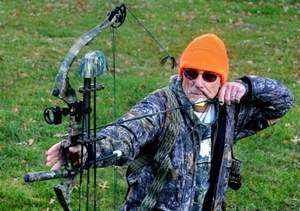 The Poughkeepsie Journal continues its series on Lyme disease and babesiosis. Babesiosis is a serious disease in its own right and it can also make Lyme disease harder to treat.

When John Darcy began to get sick some eight years ago, it was in slow, painful increments. An outdoorsman and athlete for years, the Beacon resident, now 68, found he could not jog or bike as far. Aging, he thought. He suffered soreness he had never known. Push through it, he told himself.

But soon he was losing his balance. He lacked the strength even to pull back his bow. He could not dress himself or lift his arm to shave.

As he lost weight and vitality, Darcy was prodded and tested for everything, it seems, but the thing it turned out to be: a burgeoning disease called babesiosis.

This is part 8 in a Poughkeepsie Journal series on the prevalence and problems of Lyme disease and other tick-borne illnesses. Go to www.poughkeepsiejournal.com/ to read previous installments on treatment and testing and to view videos on Lyme disease and babesiosis.