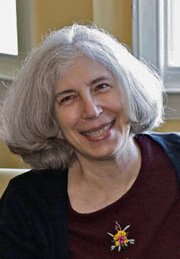 By guest blogger Toni Bernhard, JD. This is an issue of grave concern to the Lyme community.

From the blog “Turning Straw into Gold: Illness through a Buddhist lens” on the Psychology Today website, by Toni Bernhard, J.D. in Turning Straw Into Gold

DSM stands for The Diagnostic and Statistical Manual of Mental Disorders. It is often referred to as the The Bible of mental disorders because it’s what health care practitioners use to decide if their patients have a psychiatric disorder or not.  The DSM-5—its 5th edition—is about to go to the printers and will be released in May 2013. It is published by the American Psychiatric Association (APA) which gave final approval to the DSM-5 even though more than fifty mental health professional associations petitioned for an outside review, and even though professional journals, the press, and the public vehemently objected to several changes that were made to this edition.

In this piece, I want to discuss Somatic Symptom Disorder or SSD—a new diagnosis that’s been added to the DSM-5. It has garnered little attention. One exception is a recent article written by Allen Frances, M.D., “Mislabeling Medical Illness as Mental Disorder.” After you read this piece, I hope you’ll click on the link to Dr. Frances’ article. He has the best chance (via the number of “page views” on his piece and any comments you leave) to get your feedback to the APA before the DSM-5 goes to press. In my opinion, Somatic Symptom Disorder is a dangerous addition to the DSM-5.

The word “somatization” refers to psychological stress that manifests in the form of physical symptoms. In other words, a person’s physical symptoms are traceable to a mental or emotional cause rather than to a physical one. The current edition of the DSM—DSM-4—has a category called “Somatoform Disorder,” but it is so different in criteria from this new Somatic Symptom Disorder, that I won’t take the time to compare them. And Somatoform Disorder is being replaced by SSD anyway.

Here is the new DSM’s definition of Somatic Symptom Disorder. (Warning: you may have trouble believing what you’re about to read.)

People can be diagnosed with SSD if, for at least six months, they’ve had one or more symptoms that are distressing and/or disruptive to their daily life, and if they have one of the following three reactions:

Criteria #1: disproportionate thoughts about the seriousness of their symptom(s);

Criteria #2: a high level of anxiety about their symptoms or health; or

Criteria #3: devoting excessive time and energy to their symptoms or health concerns.

Are you doing the same double take that I am? That double take warrants repeating this information. Once again, here’s the recipe for SSD. Take only one six-month-old bodily symptom that is distressing or disrupts your daily life. Add to it one of the following: disproportionate thoughts about the seriousness of the symptom or a high level of anxiety about the symptom or about your health or devoting excessive time and energy to the symptom or to health concerns.

Can you see how this diagnosis potentially includes everything from a stomach ache to Cancer?

One more repeat, this time using a hypothetical: For six months, you’ve had bad gastrointestinal symptoms that have been disruptive to your daily life because you can’t be far from a bathroom. In the subjective view of a diagnosing health practitioner, you’ve spent excessive time and energy “devoted” to trying to figure out what to do about it (criteria #3)—SLAM—you are now suffering from a mental illness: Somatic Symptom Disorder.

After studying the criteria for SSD, it’s hard for me to escape this conclusion: Toni Bernhard. Diagnosis: Somatic Symptom Disorder. For more than six months, I’ve had symptoms that disrupt my daily life (assuming “disruptive” includes having had to give up my career… ). I have at times had “disproportional” thoughts about seriousness of my symptoms (criteria #1) Why? Because for almost twelve years, I’ve felt like I have the flu, but existing medical tests can’t pinpoint a cause. Wouldn’t anyone in this position have concerns about whether these symptoms are serious? This in itself qualifies me for a SSD diagnosis since I only have to meet one of those three criteria.

But I guess I really suffer from Somatic Symptom Disorder because I also come under criteria #3. I go through phases where I “devote excessive time and energy” to trying to figure out what the heck to do about my symptoms (criteria #3). This third criteria really gets my goat: I am mentally ill because I’m vigilant in trying to find ways to improve my health.

In addition to well-recognized illnesses such as Cancer, Diabetes, Heart Disease, here are some physical illnesses that could easily come under this new criteria: Chronic Fatigue Syndrome, Fibromyalgia, Irritable Bowel Syndrome, Chronic Lyme Disease, Chronic Migraines, Neuropathy, Rheumatoid Arthritis, Interstitial Cystitis, Systemic Lupus, Ehlers-Danlos Syndrome, RSD, Gulf War Syndrome and other chemical injuries… the list could go on and I’m sure you who are reading this could add to it.

What’s the problem with all of this? I recognize that there could be a plus side to being diagnosed based on the DSM. Some health insurance companies won’t cover mental health treatments (from therapy to psychotropic drugs) unless the patient has a diagnosis from the DSM. So if you wished to seek therapy or try these medications to help you adjust to the drastic life changes brought about by chronic pain or illness, it’s possible that this expanded definition of somatic disorders will allow you to get these services paid for by your insurance company.

But the downsides of including Somatic Symptom Disorder in the DSM-5 far outweigh the benefits:

1) Those of us with little-understood illnesses who are “excessively” proactive in trying to get answers could have a psychiatric diagnosis added to our medical charts. Then every specialist we’re referred to would see it. The stigma of mental illness is, unfortunately, alive and well in the twenty-first century. In addition, for many of us, it would become a double stigma because we already have a diagnosis that is disregarded by many health care practitioners—CFS, Fibromyalgia, IBS, to name but three.

2) Once a person is diagnosed with a mental disorder, it increases the likelihood that his or her doctor won’t look further for a physical basis for that person’s symptoms. (And it’s possible that health insurance won’t cover those tests anymore since the person has been labeled as having a mental disorder.) This could even affect the motivation to continue to fund and perform research into little-understood illnesses such as CFS and IBS.

And what about illnesses that can take years to diagnose, such as Lyme Disease, Fibromyalgia, Multiple Sclerosis, Systemic Lupus and other autoimmune diseases? If a patient is given a Somatic Symptom Disorder diagnosis early on after reporting symptoms, it’s highly possible that further testing and investigation into physical causes will be put on hold and a person would never get the proper diagnosis and treatment.

I thought the rule of thumb in medicine was to rule out physical causes before settling on psychological ones.

I’ll end with this hypothetical, contributed by my husband. It relates to criteria #3: devoting excessive time and energy to symptoms or health concerns. What does that criteria suggest to diabetics regarding just how concerned they should be about what they eat? “Go ahead and have that ice cream…and don’t be so diligent about weighing your food on those scales. After all, you don’t want to be devoting excessive time and energy to your symptoms or health concerns.”

I hope the APA decides not to add Somatic Symptom Disorder to the fifth edition or, if it does, it will change the criteria so the disorder includes only those who truly suffer from somatization. Please click on the link to the article by Dr. Allen Frances, “Mislabeling Medical Illness as Mental Disorder” because he has the best chance to persuade the editors of the DSM-5 to make last-minute changes.