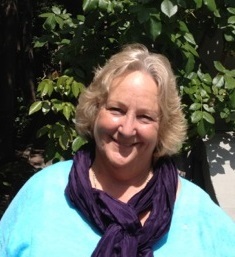 In the July 1 issue of The New Yorker, reporter Michael Specter examined “The Lyme Wars.” Shortly after his article was published, NPR’s Terry Gross interviewed Specter on Fresh Air. Despite some accurate reporting, Specter repeated much IDSA standard misinformation as if it were fact, without noting that much of it has been disputed by many scientists. Pamela Cocks, managing editor of The Lyme Times, sent this response to the New Yorker, which chose not to print it. (The only letter the New Yorker published on the subject was from an IDSA-aligned organization.)

As a retired librarian and a fan of The New Yorker, I applaud your article on Lyme disease. I hope you will dig deeper with a follow up, however.

After being undiagnosed for years, both my children are being treated for Lyme disease coupled with Babesia and Bartonella. Most likely they were infected at home here in the San Francisco Bay Area. Neither had the so-called “signature” rash. Their debilitating symptoms have run the gamut, preventing my son from finishing college and my daughter from continuing as a preschool teacher. We have poured our resources into treatment with negligible reimbursement from our health insurance company. Thankfully, they are both improving.

There is much yet to know about tick-borne diseases, and Michael Specter raises some good questions. We know that the continuing controversy over diagnosis and treatment – The Lyme Wars – has left severe suffering in its wake. We have been learning that Borrelia is a complex and clever bacterium. We know that Lyme cases are seriously underreported and that existing diagnostic tests are highly unreliable, although the Infectious Diseases Society of America, the US Centers for Disease Control and Prevention, and of course, insurance companies insist on their relevance. Obviously, the stalemate is a serious barrier to patient care.

So much of the science of Lyme remains uncertain. While we don’t have a formula for curing chronic Lyme, we have learned much about the infectious agents involved. Clinical studies and treatment successes have verified the value of extended antibiotic treatment. But the IDSA has ignored contrary scientific and clinical evidence and insisted on maintaining its outdated and rigid guidelines, single-handedly obstructing critical treatment for so many seriously ill patients.

Perhaps The New Yorker should ask why the National Guidelines Clearinghouse has yet to pull the IDSA’s outdated guidelines. Why has the government funded so little research on chronic Lyme? Why are IDSA researchers continually funded when they have not improved patient care? Why was the Embers monkey study “shelved” for over ten years? And how have IDSA loyalists managed to prevent the full range of legitimate studies and articles on Lyme from being published in peer-reviewed journals?

It would be good if your readers understood that ticks can transmit bacteria in less than 36 hours. That was an arbitrary number for the author to choose. Studies, conclusions and opinions abound, and variables impact the path to infection. But to leave the public with the impression that they are “safe” for 36 hours is to leave them vulnerable to a nasty disease.

While it would be nice to see science end the Lyme wars, there are serious obstacles to banking on that approach. It’s complicated, as they say, and the problem does not just involve science – it’s also about power and politics and vested interests.

In back issues of our quarterly journal, The Lyme Times, we have covered the Lyme Wars, including the legal case brought against the IDSA in Connecticut. We devoted another issue to the Embers monkey study, including critical information about persistence. I would be happy to forward them to you.

As a health care planner, I am profoundly disappointed in our nation’s response to the growing Lyme epidemic, especially the unscientific bias demonstrated by a surprising number of researchers and practitioners. What a shame. It is hard to know where to begin untangling the mess, but many continue to try, and some of us are doing our homework.

If there is any other information that LymeDisease.org can provide, please let us know.

Pamela Martinson Cocks, MPH, MLS, can be reached at pamelacocks@lymedisease.org. Click here for more information about The Lyme Times.