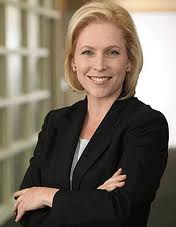 U.S. Senators Kirsten Gillibrand (D-N.Y.) and Richard Blumenthal (D-CT) are partnering with the Tick-Borne Disease Alliance (TBDA), a national nonprofit organization dedicated to raising awareness, supporting initiatives, and promoting advocacy to find a cure for Lyme and other tick-borne diseases, and Weill Cornell Medical College to host a forum to raise awareness and build support in the fight against the silent epidemic of tick-borne diseases, including Lyme, on MONDAY, MARCH 11TH from 10:30 a.m. – 1:30 p.m. at Weill Cornell Medical College. In 2011, more than 24,000 confirmed cases of Lyme disease were reported in the U.S., with the Centers for Disease Control stating they believed only 10-12% of all cases had been reported. Lyme disease is the second most common reportable disease in the Northeast.

The forum will include a panel of doctors, experts, and patients who will offer their insight in ways to combat Lyme and other tick-borne diseases:

The forum will be simulcast beginning at 10:15 a.m. Monday in Vanderlyn Hall at Ulster County Community College, 491 Cottekill Road, Stone Ridge, NY. And will be available via live-stream at tbdalliance.org and weill.cornell.edu/tickborne.