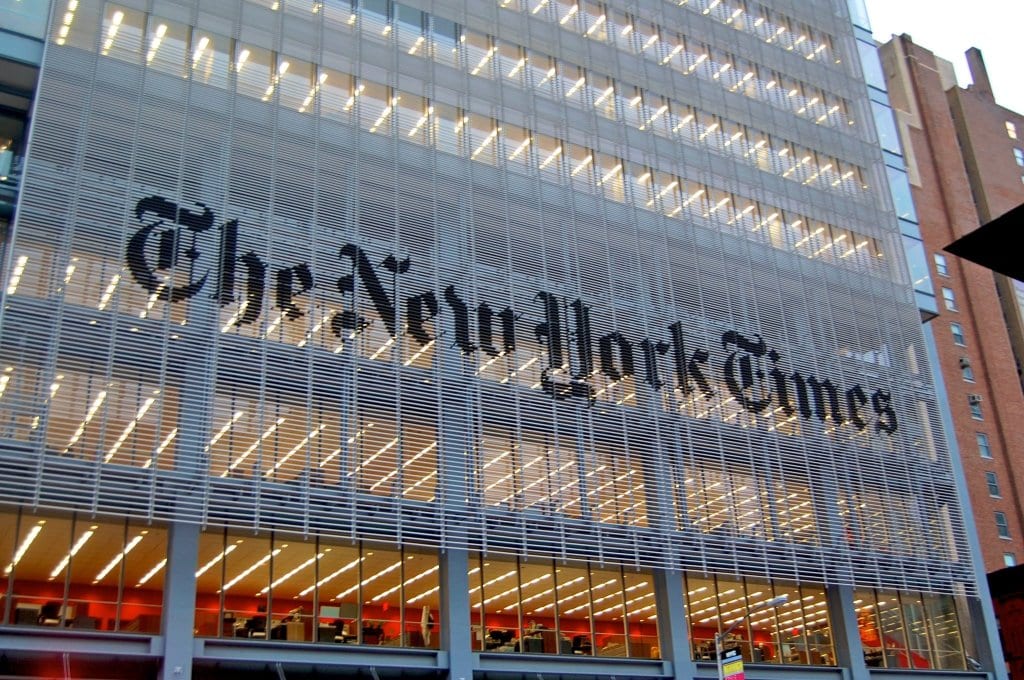 Activists are using the New York Times as a symbol for the media as a whole to bring attention to the general underreporting of the Lyme disease crisis.

New York, NY—On Wednesday, September 17, 2014, Lyme disease patients from around the US will unite at the headquarters of the New York Times to call for greater coverage of the Lyme disease pandemic.

Lyme patients are using the New York Times as a symbol for the media as a whole to bring attention to the general underreporting of this public health crisis. By holding a silent vigil, Lyme patients are speaking out with silence against the silence.

“Increased media coverage will mean the difference between crippling debilitation and a normal life for hundreds of thousands of people. Greater public awareness can lead to prevention and increased funding for research, and that’s our goal with this event,” says Jill Auerbach, Chairperson of the Hudson Valley Lyme Disease Association.

Butoh dancers from the Vangeline Theater in Brooklyn will be performing at the vigil in support of raising awareness. Dancers will be dressed in white and will perform in silence, as an expression of the silent suffering of Lyme patients.

But other Lyme disease experts estimate that there are likely 1 to 2 million new cases per year.

Despite the rapidly escalating rates, the media has given Lyme significantly less coverage than other diseases that are less prevalent in the US.

Annual rates of Lyme disease far exceed annual rates of HIV in the United States by sixfold. Dr. Marc Conant, who was at the forefront of the AIDS movement, says that we are repeating past mistakes made handling the AIDS epidemic with Lyme disease: “In the early days of the AIDS crisis, there was little effort made to do public awareness and consequently the epidemic escalated to disastrous proportions.”

Dr. Jane Marke, M.D. believes that Lyme disease is the new AIDS epidemic in New York: “I encounter so many people here who either have Lyme disease or have a family member afflicted with the disease. It’s become a serious problem but nobody is talking about it.”

Unlike the AIDS epidemic of the 1980s where many able-bodied people took to the streets on behalf of sick AIDS patients, those struggling with Lyme disease have been primarily waging this battle alone.

Many Lyme patients are so debilitated that they’re having to engage in a new kind of activism – activism from a homebound or bedbound state.

Sick Lyme patients are fighting a David and Goliath war against the CDC and HMOs who assert that a 2- to 4-week course of antibiotics cures all patients. But people like 34-year-old Josh Cutler, who is still severely ill after taking the recommended treatment, insist that a short course of antibiotics does not work for many: “We’re dealing with an all profit, no care attitude by HMOs and it’s having a serious impact on families and our economy.”

Attorney Lorraine Johnson, Executive Director for LymeDisease.org, describes the financial impact of Lyme disease: “Eighty-four percent [of Lyme patients] are not diagnosed within 4 months; 65% of those with chronic Lyme have had to cut back on or quit work or school. . . . One thing that is certain is that ignoring this problem is costly and grows more costly every day that we fail to intervene.”

Dr. Richard Horowitz, M.D. explains the long-term consequences on future generations: “We’re talking about a worldwide epidemic that is affecting the future generations of this country, dumbing down America. This lowers down your IQ, it affects your memory and concentration . . . These organisms will get into pregnant women and get into children . . . There’s got to be an awakening soon because this epidemic is spreading.”