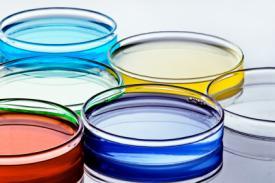 News that Advanced Laboratories plans to release a blood culture test for Borrelia has ignited lots of interest in the Lyme community. Apparently these tests will be available within the next several weeks in all states except New York, California, and Florida. (Those states require a longer approval process for lab tests.) What follows is an update from the lab, answering a number of questions that have been raised recently.

There has been a great deal of interest in our Spirochete/Borrelia culture test, and we appreciate that. In order to help answer many of the questions posed, we thought an update would be in order. The most frequently asked questions are addressed below:

• Advanced Labs is a CLIA and COLA certified reference lab that offers a variety of quality tests for the detail oriented clinician. AL consists of two divisions–the clinical laboratory and the research lab.

• At the clinical division we focus on both basic as well as advanced testing, including hematology, chemistry, urinalysis, serologies, immunology, cytometry, PCR and histopathology. We also are known for the creation of customized testing panels designed to meet the needs of a busy practice.

• The research division supplies a pipeline of new testing services to the clinical lab after they are fully developed. Our soon to be released Borrelia culture is an example of this. The methods involved in this culture are complex and proprietary and are still a trade secret, but many details will be outlined in upcoming publications.

• We are finalizing the Spirochete/Borrelia culture test and hope to have it available in most states in the coming weeks.

• When the test becomes available we will provide supplies for blood draws directly to physicians’ offices and possibly to some private labs. We ask that interested patients contact their doctors in order to be tested. There is no initial charge for the blood drawing supplies, and these supplies can not be sent directly to patients.

• In terms of pricing we are aiming for a price under $500 for the basic test; extended culture tests will be approximately $200 more.

• Testing must be paid for in advance, but patients may submit their paid receipt to their own carriers for reimbursement.

We appreciate your interest in Advanced Labs and look forward to being of service to you and your patients.

Here is the original press release announcing the new test:

Lyme Disease blood testing has been notorious for its unreliability This has been responsible for misdiagnoses and inappropriate patient care, as well as confusion on the part of both patient and physician alike. Now, as a result of intensive research, Advanced Laboratory Services Inc. is able to offer what will rapidly become the new gold standard of Lyme tests, the Borrelia Culture.

Until now, the most widely used confirmatory tests for Lyme disease have been serologies. Being indirect tests, at best they can only indicate possible exposure to this organism at some previous point in time. It has been variously reported that the sensitivity of these assays is low and may miss anywhere from 30% to as many as 70% of cases of Lyme. Once positive, these serologic tests tend to remain positive for variable periods, even years, even after treatment. Therefore they do not and cannot be used as a marker for progress during treatment or for success of treatment. In addition, some acute viral infections may potentially give a false positive result.

How are most other infectious diseases diagnosed? Traditionally, a culture is taken to see if an infection is present, and if so, what specific bacterium is causing it. Unfortunately, because Lyme Borrelia are symbionts, meaning that they need a living host to survive, trying to get them to thrive in vitro has been a nearly impossible task. In addition, they are noted for their very slow growth. Because of these difficulties, Borrelia culture until now has not been available to clinicians.

Advanced Laboratory Services Inc. is proud to announce that they have overcome many of these technical difficulties and is able to offer Borrelia cultures. While still considered investigational, the new methods employed allow these advantages:

• By definition, culture is a direct test and if positive, indicates that an infection was present at the time the specimen was taken
• Cultures may be positive even in a patient who is seronegative
• In theory, any fluid or tissue that is infected can be cultured
• All known strains of Borrelia burgdorferi sensu lato can be detected
• When combined with PCR and DNA sequencing, the exact identity of the Borrelia can be ascertained
• Advanced methods have the promise to increase yield and decrease turn‐around time
• Culture positivity fulfills even the strict CDC surveillance case definition
• Will become the new Gold Standard for laboratory testing

Currently, Advanced Labs is offering two Borrelia blood culture panels. The Basic Panel consists of culturing, with confirmation of identity by histology and by specific immunostaining. The report, if positive, will include a picture of the actual immunostained culture result. The expected turnaround time for this is approximately ten to fourteen days. However, some do grow more slowly, so all cultures will be held in the lab for a minimum of six weeks.

We also offer the Extended Panel. In addition to histology and immunostaining, the identity of all positive cultures will be further studied by polymerase chain reaction (PCR) and by nucleic acid sequencing. These extra steps will generally require an additional ten to fourteen days. However, if the initial histology with immunostaining is positive, a preliminary report will be issued while the nucleic acid studies are pending.

Bb culture nuts and bolts:
• Sensitivity exceeds 80% if the patient is symptomatic at the time of blood draw and not on antibiotics for at least four weeks
• All negative controls have remained negative so far
• As with all blood cultures, may need several sets to be sure Any positive test is significant, even if it is the only positive out of a set of three
We have found that the success of culturing Borrelia can be increased by following these simple recommendations:
• The patient should not have been exposed to any antibiotics, even those not known to affect this organism, for a minimum of four weeks prior to the blood sample being drawn.
• Borrelia are more likely to be recovered from patients who are symptomatic at the time of blood sampling.
• A higher yield may be seen if the blood is drawn in the early afternoon, when most infected patients feel especially ill.