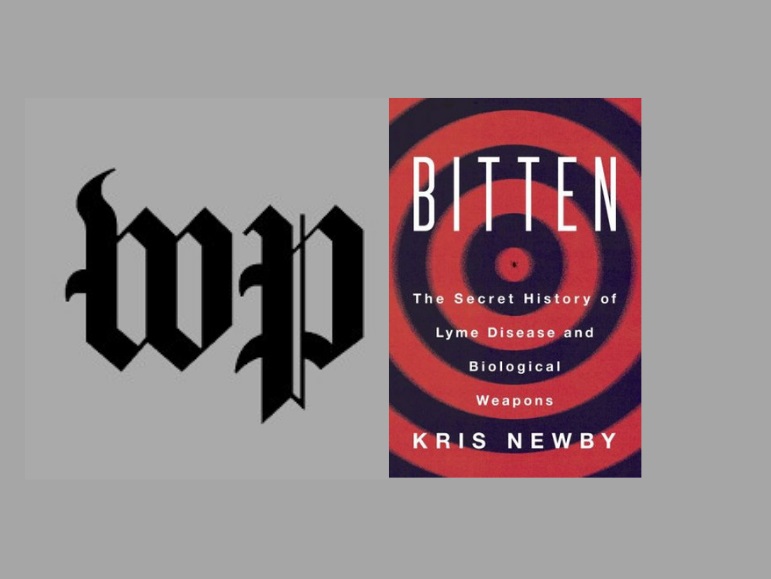 On July 17, the Washington Post reported on the House of Representatives’ recent request for an investigation into allegations that Lyme disease may have been weaponized. New Jersey Congressman Chris Smith cited the recent book, BITTEN, when he proposed the amendment to Defense Department funding. In the Post’s article, reporter Morgan Krakow quotes a scientist as saying “there’s just no credible evidence,” pointing to weaponizing ticks or Willy Burgdorfer’s involvement with such a project.

BITTEN’s author, Kris Newby sent the following response to the Post. It is republished here with her permission.

I’m the author of BITTEN, an engineer by training, a Stanford science writer by profession, and a lover of getting the facts right.

My first real job was as a Washington Post papergirl during the unfolding of the Watergate scandal. Every morning around 5 a.m., before I stuffed newspapers into the wire baskets of my royal-blue-fat-tire Schwinn bike, I was thrilled to be the first in my neighborhood to read the latest revelations from the Watergate reporters, Woodward and Bernstein.

They were my heroes, role models who in some small way led me to this point in life, when I was able to reveal a major finding, the weaponization of ticks during the Cold War.

In my book, I present ample evidence that accidents associated with this massive bioweapons program may have contributed to the mysterious epidemic of tick-borne diseases that was first noticed around Long Island Sound in the late 1960s.

I felt an infinite sadness when I read Morgan Krakow’s coverage of this story, which got many facts wrong and relied on an expert who hadn’t read the evidence in my book, or worse yet, ignored it for political reasons.

The cited expert, Michael Osterholm, may have personally known the discoverer of the Lyme bacterium, Willy Burgdorfer, but this didn’t mean that he knew what was inside of his heart.

Over five years, I have an unearthed an extensive array of documents that prove his role in the bioweapons program, and I have a videotaped interview of Willy where he told me about some of his bug-borne biowarfare experiments.

Evidence leads us to conclude that the epidemic of sickness during the late 1960s was not caused by the Lyme bacterium, but another genetically engineered organism that no one is looking for.

Towards the end of his life, he felt remorse about this dark pursuit, and it was obvious that he wanted to set the record straight before his death. His admissions aren’t something that we want to believe, but now that the truth is out, we, as compassionate human beings, must put our Cold War past behind us and strive to stop the suffering.

Kris Newby is Communications Manager and Science Writer for the Research Office at Stanford University’s School of Medicine.