Study: more Lyme-carrying ticks in more places in US 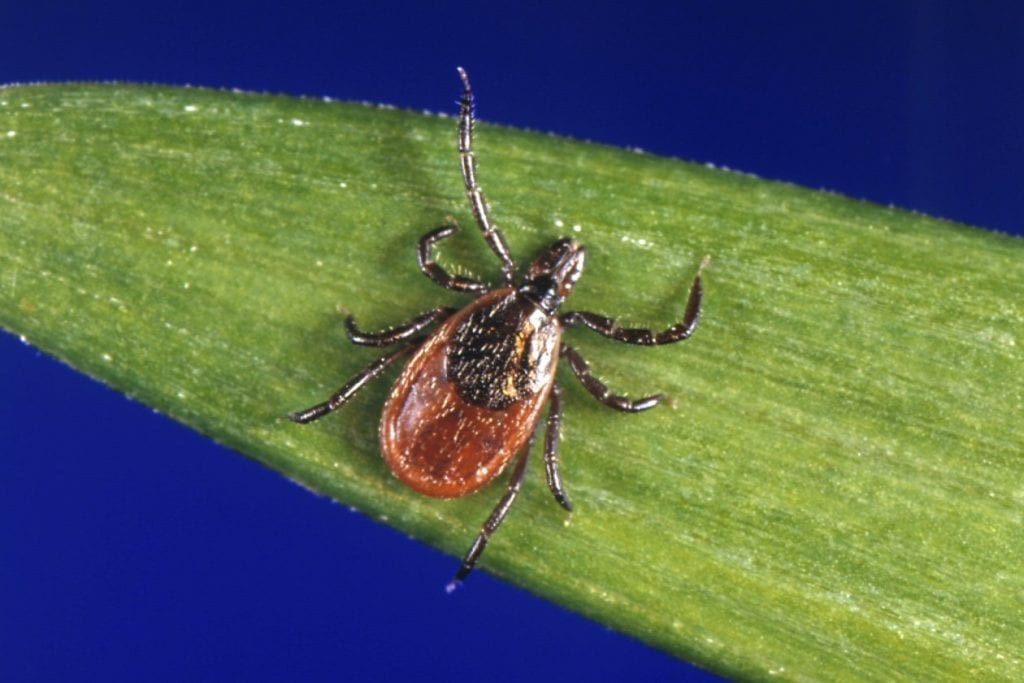 Bay Area Lyme Foundation, a leading nonprofit funder of innovative Lyme disease research in the U.S., today announced the results of the first citizen-scientist study to evaluate the prevalence of disease-carrying ticks throughout the United States.

Conducted through a partnership with Northern Arizona University and Colorado State University and published in the peer-review journal PLOS ONE, the study is based on a massive sample of more than 16,000 ticks collected from 49 U.S. states and Puerto Rico.

The study found ticks capable of carrying Lyme and other tick-borne diseases in 83 counties (in 24 states) where these ticks had not been previously recorded. The program received a six-fold increase in tick submissions over initial estimates, representing unprecedented national coordination of a ‘citizen science’ effort and diagnostic investigation.

“Based on these findings, it is critical that residents throughout the country take precautions and know the symptoms of tick-borne infections, even in areas where ticks have not previously been shown to cause disease.”

“The overwhelming study participation from residents throughout the country and the surprising number of counties impacted demonstrates that great interest and need exist throughout the country for this information,” said lead author Nate Nieto, PhD, associate professor in NAU’s Department of Biological Sciences.

“This study offers a unique and valuable perspective because it looks at risk to humans that goes beyond the physician-reported infection rates and involves ticks that were found on or near people.”

Not all public health agencies throughout the United States have tick collection, disease risk assessment systems and/or tick-borne disease reporting requirements. Importantly, this study showed disease-causing pathogens were found in areas that may not have sufficient reporting structures.

For example, researchers found ticks carrying Babesia, microscopic parasites carried by ticks that cause the disease babesiosis, in 26 counties (across 10 states) in which the public health department does not require physicians to report cases of babesiosis.

Other interesting findings include:

The study stemmed from the free tick-testing initiative supported by Bay Area Lyme Foundation and conducted by Northern Arizona University.

Ticks sent to the initiative from January 2016 through August 2017 were tested free of charge for four of the most common bacterial infections: Borrelia burgdorferi, which causes Lyme disease; Borrelia miyamotoi, which causes tick-borne relapsing fever; Anaplasma phagocytophilum, which causes human granulocytic anaplasmosis, and the protozoan pathogen, Babesia microti.

These data were categorized, mapped, and recorded, as well as provided to the submitter. Ticks were submitted from every state except Alaska.

The limitations of citizen studies include uneven awareness of the program across geographic areas, the fact that ticks may remain attached to a person as they travel, and reliance on motivation of people who encounter ticks. 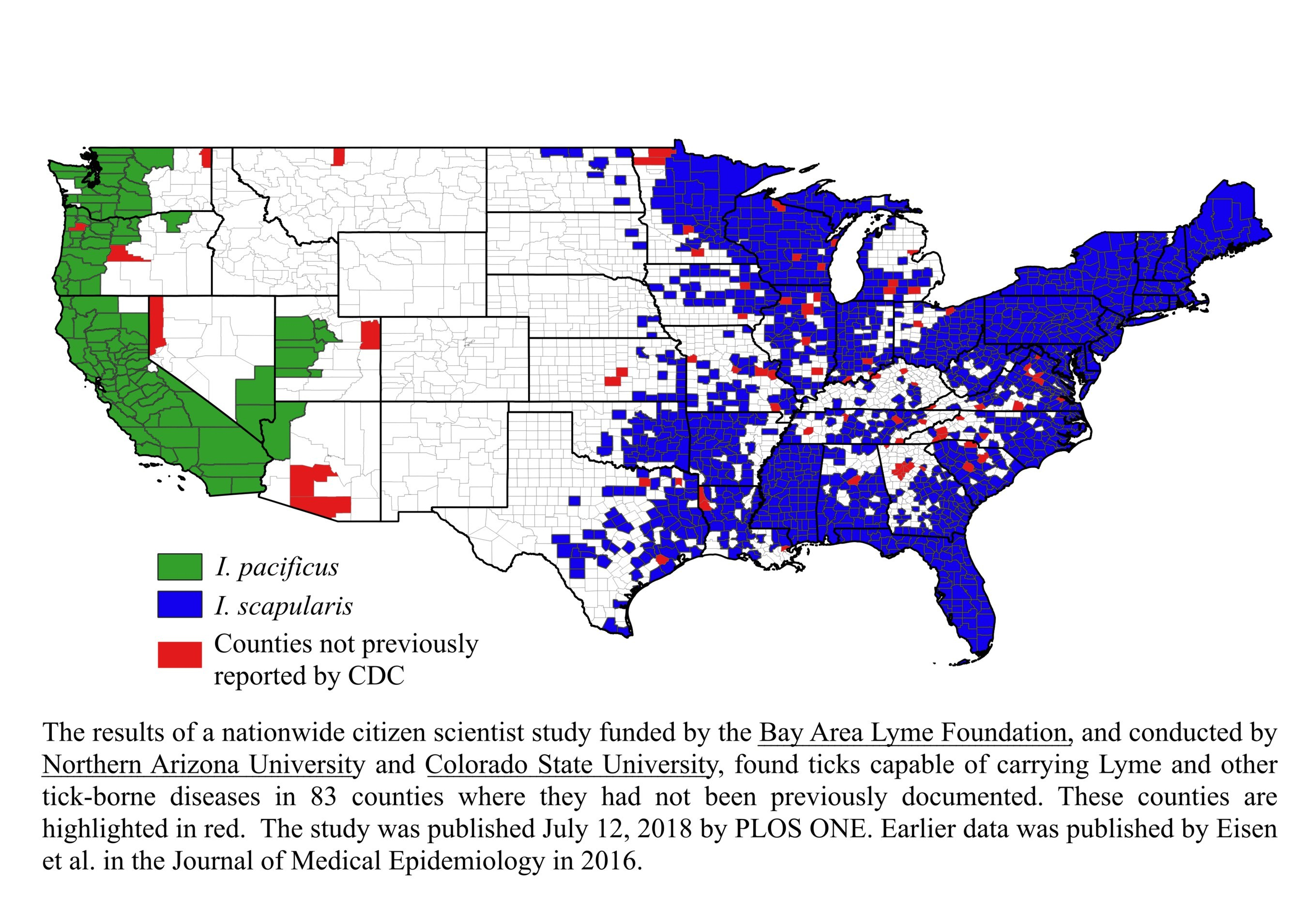 One of the fastest–growing infectious diseases in the country, Lyme disease is a potentially disabling infection caused by bacteria transmitted through the bite of an infected tick to people and pets. There are about 329,000 new cases of Lyme disease each year, according to statistics released in 2015 by the CDC. As a result of the difficulty in diagnosing and treating Lyme disease, as many as one million Americans may be suffering from the impact of its debilitating long-term symptoms and complications, according to Bay Area Lyme Foundation estimates.

Tags : Lyme disease in US, ticks in US