It shouldn’t take this long to diagnose Lyme disease 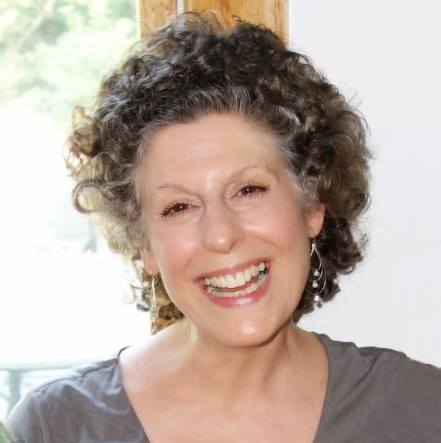 On a warm August night in 2004, my husband and I went to a local AMVETS hall to celebrate a friend’s birthday. While we enjoyed the music and food, I knew something was wrong as I began to feel increasing pain in my legs. I suddenly felt unwell and we left early for home.

The next morning, I had a fever of over 103, severe joint pain and shaking chills. Alarmed, my husband bundled me in a blanket and we drove to the nearest emergency room.

At the hospital, they did some blood tests, a chest X-ray and urinalysis. Although I never found a tick or had the classic “bull’s-eye” rash associated with Lyme, I specifically asked to be tested since our home was in a known tick-ridden area. All tests came back negative.

I was diagnosed with an unspecified viral illness and sent home with no treatment other than fluids and Tylenol. Unknown to me at the time, I was suffering from a tick-borne illness that would change my life forever.

For a couple of weeks I remained profoundly fatigued, had little appetite and quickly lost 12 lbs.  Emaciated and still feeling weak I crawled back to work as soon as I could. I worked as an office manager in a busy medical office and asked my physician boss if we could get a second Lyme test just to be sure.

The test came back positive, was confirmed by Western blot and I was placed on doxycycline for three weeks. Slowly I got back to my usual health and thought my worries were over. I couldn’t have been more wrong.

In January of 2012, I came down with yet another mysterious flu-like illness. This time I had joint and muscle pain, especially of my upper body, accompanied by a low-grade fever and extreme fatigue. After a week I was again tested for Lyme. A sedimentation rate which is a test for inflammation was also ordered.

My boss suspected polymyalgia rheumatica (PMR), an inflammatory disease common in elderly women, although at age 59 I was on the young side. The Lyme test showed only old disease but the sedimentation rate was high, suggesting that I had PMR.

I was immediately placed on the steroid drug Prednisone to counter the inflammation. However, although it alleviated the pain, the inflammation continued in the background. There were also many side effects from the drug.

Over the next five years, every time I tried to taper off the Prednisone, the pain and fatigue came back. The drug was only masking my symptoms and I was not getting better.

I began to question why an otherwise healthy 59-year-old woman would suddenly be stricken by an inflammatory disease. Was it possible that the delayed treatment I received for Lyme was ineffective?

Was the standard treatment of doxycycline for tick-borne illnesses “one size fits all?” Could my polymyalgia symptoms be the result of chronic Lyme disease that had been hiding in my system for eight years? I saw an infectious disease specialist and a rheumatologist for their opinions. They had nothing more to offer and suggested I continue on the Prednisone.

The influence of “Under Our Skin”

A couple of years ago, my husband and I stumbled upon the documentary film “Under Our Skin,” about the silent Lyme epidemic in this country. Not only did this film confirm my fears that I could be suffering from an ongoing tick-borne illness, it also showed how the medical community has largely abandoned people suffering with chronic Lyme symptoms.

Few physicians consider chronic Lyme a valid diagnosis and those who do may use antibiotic treatment that can go on for years. Most physicians are quick to call it something else – fibromyalgia, polymyalgia, chronic pain syndrome or even depression. And it’s true that Lyme and other tick-borne illnesses vary in symptoms and can easily masquerade as something else. That is what makes it so difficult to diagnose.

In the spring of 2017, I consulted a naturopathic doctor to see what other options were available. She stated that a tincture of a special type of Cat’s Claw known as Una de Gato had shown promise in treating Lyme spirochetes. She gave me hope. However, I had to get off the Prednisone before any treatment could begin and would very likely feel a lot worse before I felt any better. In the meantime she started me on high-potency vitamins and minerals to help boost my immune system.

Within a couple of weeks of stopping the Prednisone, my pain and stiffness came back with a vengeance. I had to take arthritis-strength Tylenol along with ibuprofen several times a day. Even with that, I had trouble sleeping, because I couldn’t find a comfortable position. It hurt too much to exercise and I had to curtail the gentle Yoga classes I had previously enjoyed. Despite the difficulty, I was determined to tough it out and give this new treatment a try.

After three months off Prednisone, the naturopath started me on the Una de Gato. I continued with the supplements, walking as much as possible and eating a healthy diet.  Over the course of a year, I’ve had slow but steady improvement. I now take Tylenol only at night, the pain has diminished and I’m exercising more. Although I’m not out of the woods yet, I seem to be moving in the right direction.

Cases of Lyme and other tick-borne illnesses are steadily rising in the U.S. The once silent epidemic is screaming for attention. We need to take a closer look at Lyme and similar illnesses and find a more effective treatment so that these diseases don’t come back to haunt us. We need more health care professionals who can offer hope.