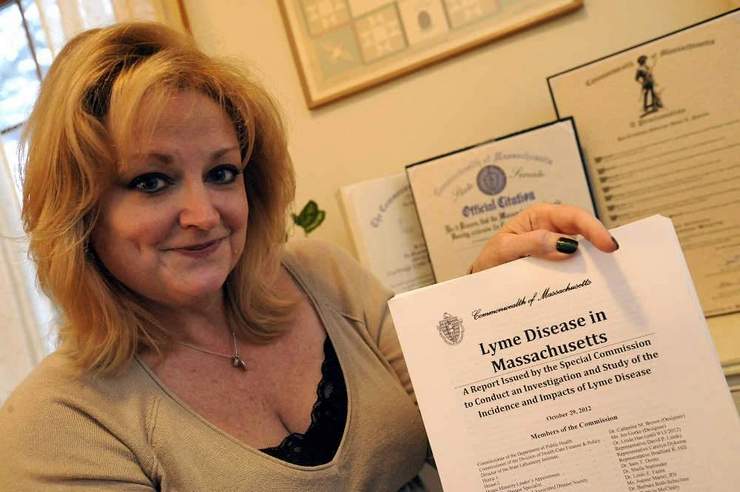 Trish McCleary, who serves on the MA Lyme disease commission, says the state health department is blocking release of the group’s report.

From the Worcester, MA, Telegram & Gazette

STURBRIDGE —  A Lyme disease activist and sufferer claims two high-ranking state Department of Public Health officials are stalling the release of a report that could shed more light on the disease.

Patricia A. McCleary of Sturbridge said state epidemiologist Dr. Al DeMaria and state veterinarian Dr. Catherine Brown are not endorsing the findings of the Massachusetts Lyme Disease Commission’s report, which was originally slated to be released in October.

Mrs. McCleary, Dr. DeMaria and Dr. Brown all served on the 21-member commission that researched the report.

Mrs. McCleary said Dr. DeMaria and Dr. Brown told members of the commission they didn’t realize they were representing their department and, as a result, did not have the authority to sign off on the final report.

“They have delayed us now for a couple of months, and now they’re saying, no, we will not sign off on it, knowing that it is going to hold up future legislation that could come from this report that could help people,” Mrs. McCleary said. “This is holding up a huge process for people who really need it and it’s not OK that our DPH is getting away with this.”