Response to NY Times article on “ethics” of Lyme treatment 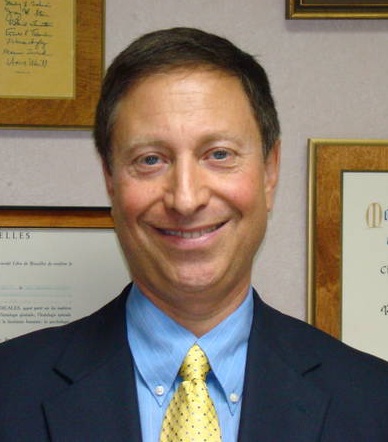 In a column called “The Ethicist,” the New York Times Magazine recently ran an article under the headline “What to do about a physician who may be a quack.” In it, Kwame Anthony Appiah, who teaches philosophy at New York University, answers a question by an anonymous letter writer who believes a New Jersey Lyme doctor is a fraud. Dr. Richard Horowitz, one of the top Lyme-treating physicians in the country, posted the following response on his Facebook page, which we republish with permission.

The New York Times just published an article on the ethics of diagnosing and treating Lyme disease, quoting figures about the rates of infection in the northeast. Unfortunately, their facts and figures are woefully inadequate regarding the numbers of sick individuals and the efficacy of diagnostic testing.

The northeastern US is known to have some of the highest Lyme disease rates in the country. Lyme disease, already a significant public health threat in the United States and Europe, is poised to be the number one spreading vector-borne epidemic worldwide. Pathogen-carrying ticks ride migratory birds across wide geographic areas spreading the infection.

A recent study released by the Centers for Disease Control and Prevention (CDC) identified a 320% increase in reported cases of Lyme disease in the northeastern US, and in the north-central states for the same periods, the number of counties having high incidence increased by greater than 250% with Lyme moving “northward and southward.”

Their conclusion was that “relatively constant rates of geographic expansion [were happening] in all accessible directions.” I’m assuming that would include New Jersey.

World Health Organization (WHO) data suggest that every year brings millions of new infections. The CDC estimated more than 300,000 new infections per year, in the United States, just for Lyme — one of several tick-borne diseases.

The CDC estimates do not take into account those cases that are not reported or are misdiagnosed as other medical conditions. In 2012, an estimated 0.3% of the United States population were diagnosed in that year with Lyme disease – over 900,000 people.

This is an important worldwide problem and challenge for the medical community since the symptoms of tick-borne illness often mimic those of other commonly reported diseases, that are diagnosed based on clinical criteria and not definitive laboratory testing. These include fibromyalgia, chronic fatigue syndrome (Systemic Exertional Intolerance Disease), multiple sclerosis, mental illness and many others. These figures would not be included in the statistics of those affected.

The Infectious Disease Society of America calls these patient complaints and reported suffering “post-Lyme disease treatment syndrome,” and makes the assumption that patients’ continuing symptoms of fatigue, joint/muscle pain, and cognitive dysfunction are not the result of persistent, active infection.

Other clinicians believe that persistence of Lyme and other tick-borne diseases are due to chronic infection and that chronic Borreliosis and associated tick-borne infections might be putting future generations at risk through maternal-fetal transmission and contaminated blood supplies.

Tick-borne infections represent significant public health risks and there are multiple emerging species of Borrelia and other tick-borne co-infections, not found on standard testing for Lyme disease. It may take many weeks before antibodies are produced, missing a window of early treatment when the disease is potentially curable.

A validated symptom questionnaire would therefore be a bridge to help diagnose acute tick-borne illness before antibodies turn positive and would be valuable in the diagnosis of chronic Lyme disease/PTLDS where seronegativity is a well-established phenomenon.

I will be the keynote speaker at the Binghamton University Lyme disease conference in April 2017, where I will show the results of my statistically validated screening questionnaire in approximately 1600 individuals.

These results will be highlighted in my new book, “How Can I Get Better? An Action Plan for Treating Resistant Lyme and Chronic Disease” (St Martin’s Press, Feb 2.) This questionnaire will help determine the likelihood of an individual suffering from Lyme and associated tick-borne diseases.

There also seems to be some confusion on the part of the “ethicist” regarding Lyme testing.

Lyme disease is first and foremost a clinical diagnosis. This has been established by both the FDA and the CDC. How do we make that clinical diagnosis? The patient must have a reasonable history of tick exposure; have signs and symptoms consistent with the illness, and laboratory testing which helps confirm the diagnosis. Since MRIs, SPECT scans and PET scans of the brain are not able to definitively determine if a patient has neurological Lyme disease, physicians will occasionally perform a spinal tap and look at markers in the spinal fluid to determine if Borrelia burgdorferi has invaded the central nervous system.

Unfortunately, spinal taps also have their limitations. Although increased antibody production in the spinal fluid can be seen in early Lyme disease with a lymphocytic meningitis or encephalitis, in late-stage neurological Lyme patients, patients can have normal cerebrospinal fluid (CSF) antibody studies.

Patients will therefore not necessarily meet the CDC’s two-step criteria to diagnose Lyme disease (a positive ELISA test followed by a positive Western blot). Again, this surveillance case definition was developed for national reporting of Lyme disease, and was not intended to be used in clinical diagnosis.

Why do patients fail two-tiered testing? The blood tests to diagnose Lyme are known to lack sufficient sensitivity and specificity to pick up all patients with the disease.

False seronegativity has been extensively reported in the peer review medical literature, and even the FDA has stated “…a patient with active Lyme disease may have a negative test result…”

If I were writing a piece for the NY Times, I would suggest that a more ethical approach to Lyme disease would be to first read and understand the medical literature, and know the limitations of diagnostic testing. A doctor who knows the literature and stands up for sick and suffering patients in one of the highest Lyme endemic areas of the United States represents one in my opinion who upholds the Hippocratic oath.

Click here for more information about Dr. Horowitz and his forthcoming book “How Can I Get Better? An Action Plan for Treating Resistant Lyme and Chronic Disease.”

Richard I. Horowitz, MD, is a Board Certified Internist and Director of the Hudson Valley Healing Arts Center, in Hyde Park, New York