LYME SCI: B. miyamotoi has been in California ticks for a long time 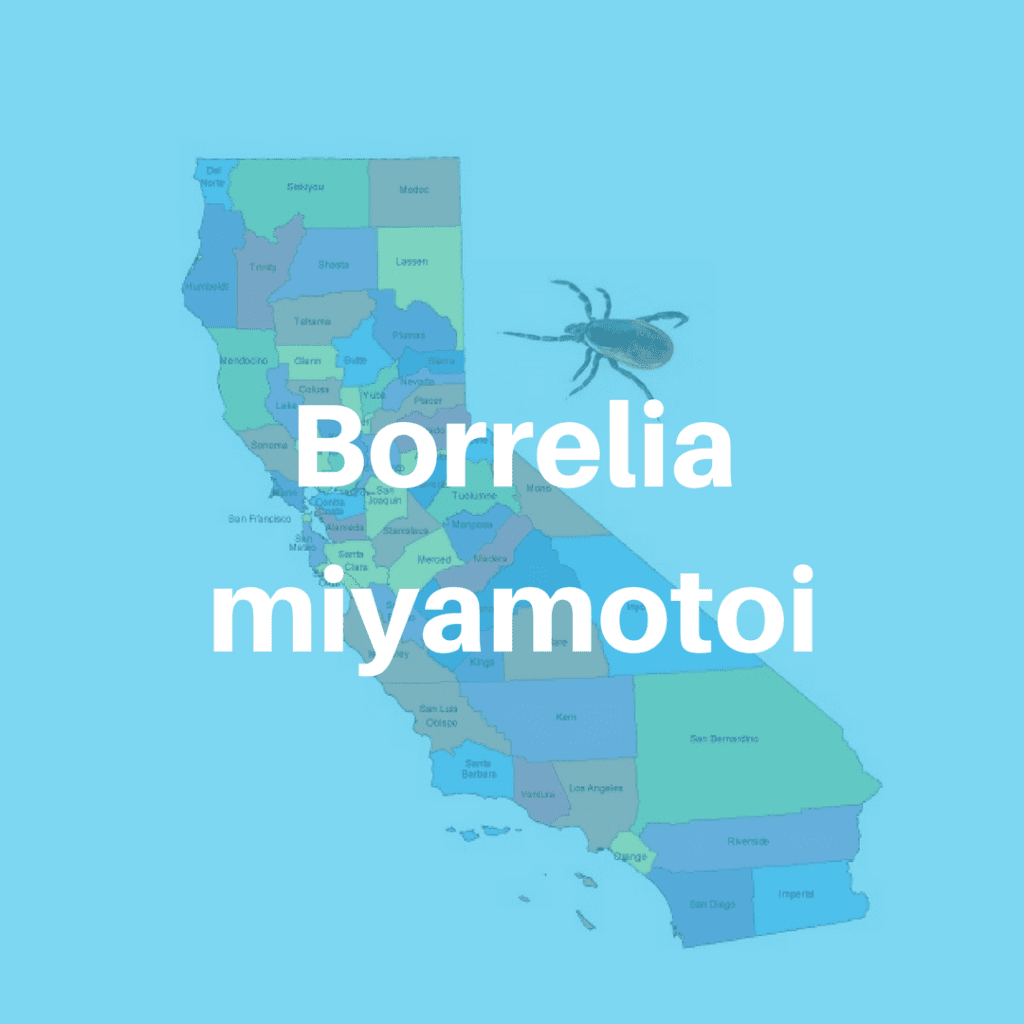 Like forensic detectives, using a bank of frozen blood serum from the 1980s, tick researchers from both the west and east coasts set out to determine how prevalent Borrelia miyamotoi infection is in California. What they discovered should set off more than a few alarms.

B. miyamotoi is a spiral-shaped bacterium in the same genus as Borrelia burgdorferi, the agent of Lyme disease. But it is most closely related to the group of relapsing fever Borrelia spirochetes. It has recently been recognized as causing a form of borreliosis that is similar to Lyme disease—Borrelia miyamotoi disease (BMD).

The symptoms of BMD are similar to Lyme disease but generally more severe, with the addition of a relapsing fever, and the absence of a typical bull’s-eye rash. Because BMD is not a reportable disease in the US, there is very little information about its symptoms or prevalence.

For this study, the researchers were given access to a biobank of 101 blood samples collected from a rural community in Mendocino County, California, after an outbreak of Lyme disease in the late 1980s. The area has since been the focus of many tick studies and is known for high prevalence of ticks that carry both BMD and Lyme disease.

Three quarters of the people in the study reported frequent tick bites in the one to two years prior to the blood draw. Later, a confirmatory blood test showed that 79% had antibodies to tick saliva—a rate nearly three times that of residents of Block Island, Rhode Island (29%), where Lyme disease is highly endemic.

For the BMD screening, researchers used two different methods to look for evidence of prior exposure to B. miyamotoi—a two-step glycerophosphodiester phosphodiesterase enzyme-linked immunosorbent (rGlpQ) assay and a whole-cell lysate (WCL) assay.

Twenty-six of the 101 samples were reactive for BMD. [Note: the B. miyamotoi GlpQ assay is not affected by Lyme disease infection because B. burgdorferi does not produce GlpQ antigen.]

The samples were also tested for Borrelia hermsii and Borrelia burgdorferi, to examine the possibility of cross-reactivity and/or dual infection.

The researchers feel there is probable cause of BMD infection for several reasons:

“No human cases of B. miyamotoi previously have been reported from the western United States even though I. pacificus ticks in northern California have a spirochete-infection prevalence similar to or exceeding that of I. scapularis ticks in the Northeast and upper Midwest,” according to the authors.

The authors go on to warn, “Healthcare professionals in the far-western United States should be aware that B. miyamotoi disease may occur throughout the geographic distribution of I. pacificus and that improved relapsing fever group spirochete antibody assays are urgently needed.”

In summary, while B. miyamotoi is considered an “emerging” infectious disease, it is not new to California. The fact that there are no previously reported cases is because 1) until recently there have been no commercially available tests and 2) since BMD is not a reportable disease, nobody collects such information.

This study highlights the pressing need to develop better diagnostic tests capable of detecting all tick-borne diseases–and to collect the results of those tests in a way that’s accessible to the public.